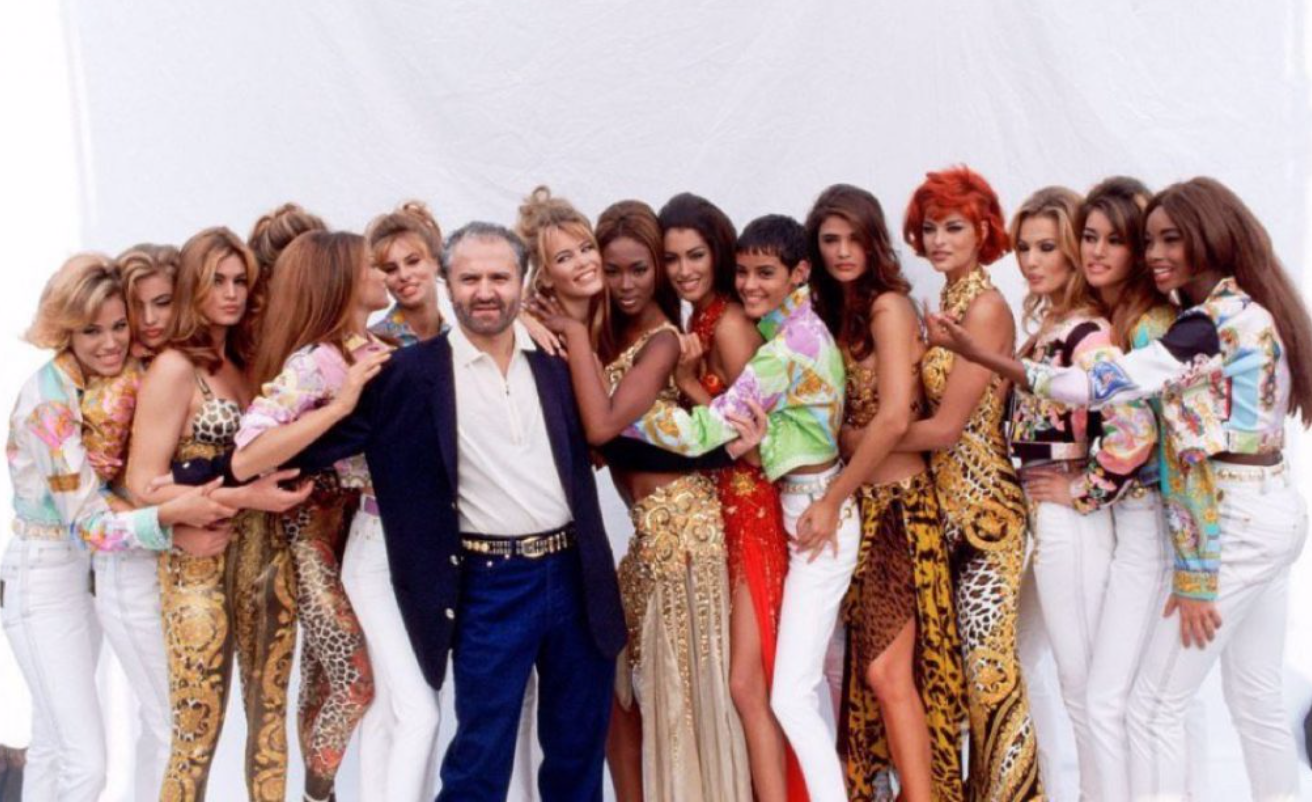 The 90s supermodel gang was gorgeous and plentiful. Naomi Campbell, Linda Evangelista, Cindy Crawford, Claudia Schiffer, Christy Turlington, Yasmeen Ghauri, Carla Bruni, Shalom Harlow, Kate Moss, Helena Christensen, Nadja Auermann… These women were so special not only because of their looks, but because they accomplished the feat of crossing the line from fashion to pop culture. Indeed, they were already at the top of their game in the industry, but a confluence of circumstances in the early 90s catapulted them from fashion notoriety to mainstream fame. Though this slew of beauties made modelling look glamorous and lucrative, before the “supers”, being a successful model did not equate to cultural stardom. Even today, if the average person was asked about the models they’d heard of, they’d be far more likely to answer Naomi or Kate than Adriana Lima, Adut Akech, Irina Shayk or even Bella Hadid.

Before the phenomenon of the supermodel, the modelling industry was generally split into editorial models and runway models. The different disciplines required different models since not every pretty girl had a fierce walk, and not every catwalk vixen was commercially photogenic. But this new era of modelling created personalities which could shine on a cover, catwalk or billboard and guaranteed the designer lots of press. One designer who realised the advertising power of these models-turned-celebrities was Gianni Versace, who began to use the same women to pose in his campaigns and walk his runways – apparently at the suggestion of legendary editor Liz Tilberis. It’s not that these models weren’t utilised by other designers (I mean… they were the supers), but Gianni made choices that cemented both his favourite girls and his Versace collections in 90s pop culture. Together they came to define an era of fashion; of glamour, excess and frivolity.

The year was 1990. Though Linda, Naomi, Cindy and Christy were by no means under-booked, they didn’t know they were about to become household names. That’s because English singer George Michael was inspired to cast them in his upcoming music video (for the hit song “Freedom! ‘90”) after seeing their January 1990 British Vogue cover. This introduced the women to a huge new demographic, since now they were visible to the masses of MTV viewers rather than the comparatively fewer disciples of high fashion. “We did hit another audience there,” Linda Evangelista told Interview in 2013. “No matter where I went in the world, they knew me from the video and not from my campaigns.”

Soon after the music video came the Versace fall 1991 show, with an abundance of major models gracing the catwalk. Gianni’s star-studded line-up set a new standard for fashion show casting, but, more significantly, the show’s finale had Naomi, Linda, Christy and Cindy – who had all just starred in the music video – come out lip-synching to Michael’s “Freedom! ‘90”. “If I had to label my supermodel moment, I would say it was that Versace show when Naomi, Linda, Christy and I all came out together,” Cindy Crawford told V Magazine in 2013. “We had just done the GeorgeMichael video… and [he] was in the front row, and we came out skipping and holding hands. It felt like the stars had aligned.” In this way Gianni Versace cheekily acknowledged how fashion had permeated pop culture through Michael’s music video. And what better designer to merge fashion with pop culture than Gianni Versace? He wanted fashion to be irreverent, unpretentious and exciting, which is why he has often been called “tacky” and is the enemy of minimalists everywhere.

Versace continued to fill his catwalks and campaigns with the it-models of the time, and he reportedly paid the most to ensure that these women could all walk together. A habit of his which really visualised the glamorous supermodel gang is how he would get the girls to walk the runway in groups, with co-ordinating outfits in different colours. When Gianni came out at the end of his shows to take his bow, he could frequently be seen holding hands with his favourite girls or kissing them on the cheek. Their notoriety only grew, with Naomi going on to appear in Michael Jackson’s 1992 music video for “In the Closet”, and a handful of the girls transcending to that first-name-only level of fame reserved for people like Cher or Madonna (or Rihanna and Beyoncé today).

Gianni loved his girls and they loved him, and this was never more apparent than after his senseless murder in 1997, which cast a shadow over the industry. Fashion had lost its light-heartedness, that joyful irreverence which Gianni had breathed into it. His influence is still very much alive, though, grabbing the attention of a whole new generation of pop culture enthusiasts two decades after his death. I’m talking about his sister Donatella’s tribute collection in 2017, as well as the Ryan Murphy series, “American Crime Story: The Assassination of Gianni Versace”. Donatella said that it was only after 20 years that she could cope with revisiting Gianni’s creative glory, with her most touching tribute to her brother arguably being the finale of her show. As she came out to take her bow,Naomi Campbell, Cindy Crawford, Carla Bruni, Claudia Schiffer and Helena Christensen held hands and walked the runway together, to the sound of “Freedom! ‘90”.

It’s now 2020, 30 years since theGeorge Michael music video and Gianni’s iconic runway. Many of the supers are still in high demand and have enjoyed longevity in the industry. But though the originals remain, self-made supermodels are a dying breed that are being increasingly swapped out for Instagram models and celebrity children. The 1990s era of modelling is in a class of its own, sweetened by nostalgia and untainted by the famous-brat-pack of today’s catwalk landscape.