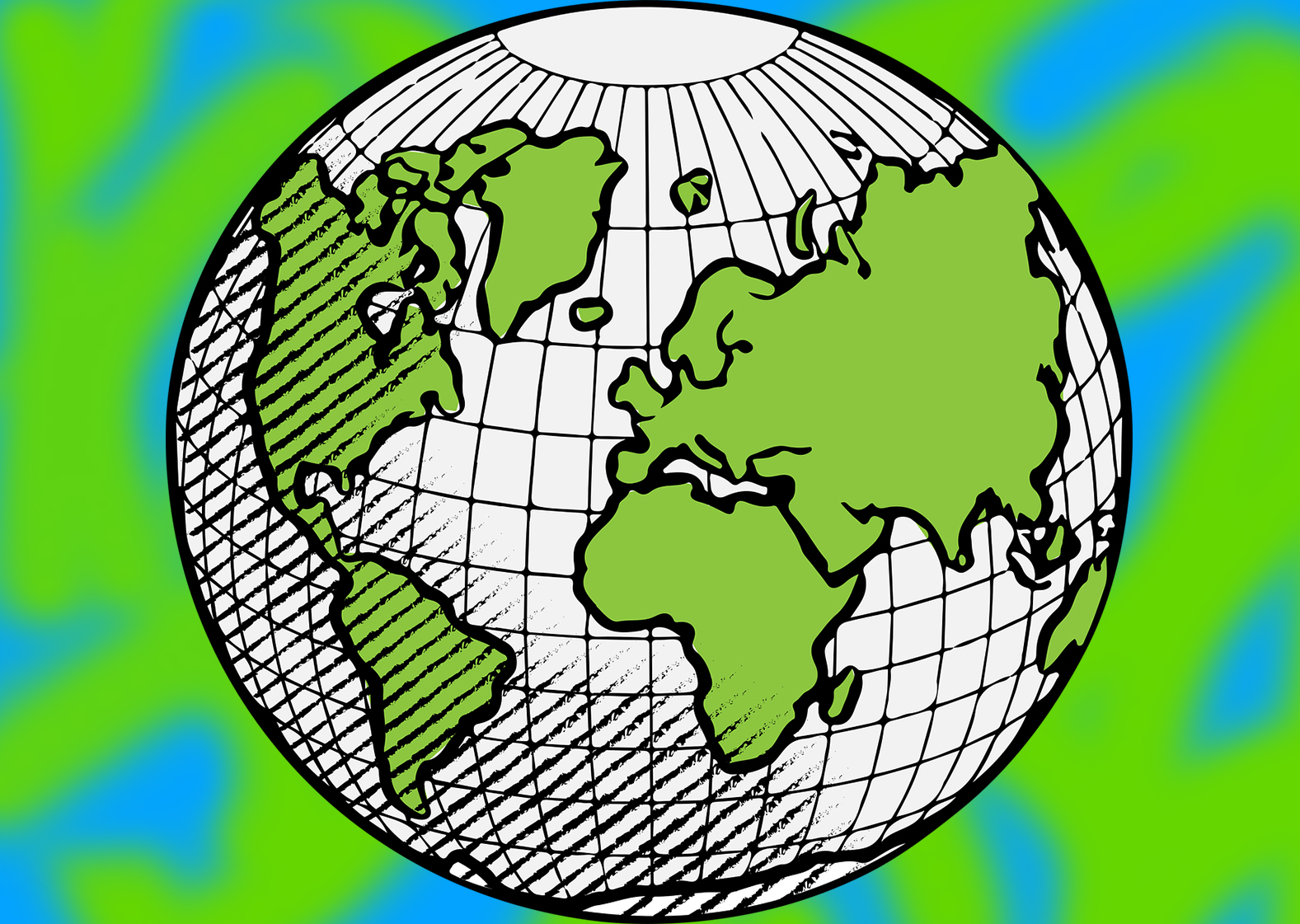 Scan the supermarket shelves on your state-sanctioned weekly shop or scroll through the pages of your favourite fashion retailer’s website and you’ll probably come across some sort of greenwashing. The likelihood is you’ve never noticed it, but that’s the point; as companies’ marketing strategies adapt to suit an increasingly eco-conscious market, claims of the ‘recyclable’, ‘biodegradable’ or ‘natural’ traits of a product make it hard to tell if it’s really the environmental paradigm it’s made out to be.

No, it’s not got much to do with your laundry. Coined in the late 1980s, ‘greenwashing’ is a term referring to a misleading or deceptive claim about the environmental credentials of a product or company. Words such as ‘non-toxic’, ‘sustainable’, ‘clean’, or even just the colour green can all be used in an ambiguous (but often intentional) manner to attract buyers and encourage them to purchase a product.

Part of the problem is that many of these words don’t have a quantifiable meaning. ‘Sustainability’ is hard to define for one product when compared to another. Even ‘organic’, a word regulated when it comes to food but not clothes or accessories, conjures up images of a more natural, eco-friendly product than its non-organic counterparts.

But with little regulation over what any of these words mean, companies are free to market their products as they wish. If there’s a blatant lie then regulators can get involved, such as with Trading Standards in the UK where advertising is strictly controlled. But in a world where we consume foreign campaigns through social media and the internet as much as we do the traditional TV ad, not everything we see will come under the same rules and regulations as here in the UK.

Where have you seen it?

The more you look for greenwashing, the more obvious it becomes.

Take the fashion industry. Highstreet retailer H&M began its ‘Conscious’ range in 2012, following up with a clothes recycling system aimed at improving the brand’s image when it came to the environment and concerns over the fast-fashion industry. Whilst it’s great that such a huge company decided to take steps towards greater sustainability, the brand side-stepped the real problem: that it’s a key player in the throw-away culture that fashion has taken on in recent years in an industry producing 10% of global greenhouse gas emissions. A relatively small line of clothing which contains “at least 50% sustainable materials” (without defining ‘sustainable’) hardly makes up for the 20,000 litres of water it takes to produce a pair of jeans and a t-shirt.

It’s not just fashion, though. McDonalds switched to paper straws in 2018, but the straws themselves couldn’t be recycled. So whilst the switch improved the brand’s image, the same number of straws went to landfill as before.

Then take the ‘biodegradable’ single-use coffee cups which are ‘made from plants’ and are popular amongst cafés. Though they might make you feel better about forgetting your KeepCup, they’ll only break down in certain industrial conditions which aren’t met at landfill or in recycling centres. Globally, 91% of plastic remains unrecycled.

And finally, look at brands who are the antithesis of eco-friendly, but still make out that they care about the environment. BP, who rebranded themselves as “Beyond Petroleum” in 2001, used their bright green logo in images supposedly “reimagining energy”, despite it continuing to produce 1 billion barrels of oil from its New Mexico drilling site alone in 2019. The company was later called out for the campaign which suggested a move towards renewable energy, when that couldn’t be further from the truth. Perhaps the effort put into the distinctly unremarkable handwriting in the bottom image would be better spent cleaning up the Deepwater Horizon oil spill, whose remains are still in the ocean over 10 years later.‍

Okay, so they twisted the truth. Why does it matter?

Greenwashing matters because companies deceive us as consumers into thinking that they care about the same things we do. If you pick up a H&M top with the green ‘Conscious’ label attached, you expect some good to come from it- but it’s easier for H&M to spend money on a green marketing campaign that might then get you to wander over to another part of the store and buy a non-‘Conscious’ piece of clothing than it is to make any real, impactful change that would take much more time, effort and money.

It’s a problem in every industry; one survey found that just over half of advertisements in the UK and ¾ of those in the US had some sort of greenwashing in them, with another study highlighting the appeal that greenwashing has to consumers even down to simple images of nature in advertising campaigns. Greenwashing creates a false loyalty to a brand through bad communication and, in some cases, thinly-veiled deceit.

Not only that, but it takes away from sustainable brands who are doing the good work and reducing their environmental impact. Influencer-come-entrepeneur Grace Beverley’s athleisure brand TALA, or the Pangaia tracksuits which serve the ultimate cozy lockdown look are leading the way in sustainable enterprise. Big brands’ greenwashing drowns out smaller brands who actually fulfil the environmental claims they make about their companies.

What can you do to help?

At the end of the day, the most sustainable lifestyle is one with less ‘stuff’ and an emphasis on the ‘Circular Economy’ where products are used again and again. Buying from charity shops and other second-hand dealers such as Depop or Ebay avoids greenwashing and reduces your environmental impact.

But in a world where we’re bombarded by adverts and new trends seemingly every week, it’s hard not to buy into the novelty that comes with a new pair of trainers or that tie-dye jumper you’ve seen everyone wear on TikTok. If you’re really trying to shop sustainably and want to avoid greenwashing, here’s what to look out for:

There’s no doubt that there are lots of companies who are making real strides towards a less environmentally impactful, more sustainable business. But as is always the way with marketing, it can be hard to separate fact from fiction when it comes to the claims of sustainability on products. The more aware you are of greenwashing, the easier it is to support companies making a real difference and to sift out their not-so-green counterparts in the quest for an eco-friendly shopping experience.

Consumers with Green Advertising? An Affect–Reason–Involvement Account of Greenwashing

Kingdom, Environmental Communication: A Journal of Nature and Culture, 6:4, 423-440

Greenwash and green purchase behaviour: the mediation of green brand image and green