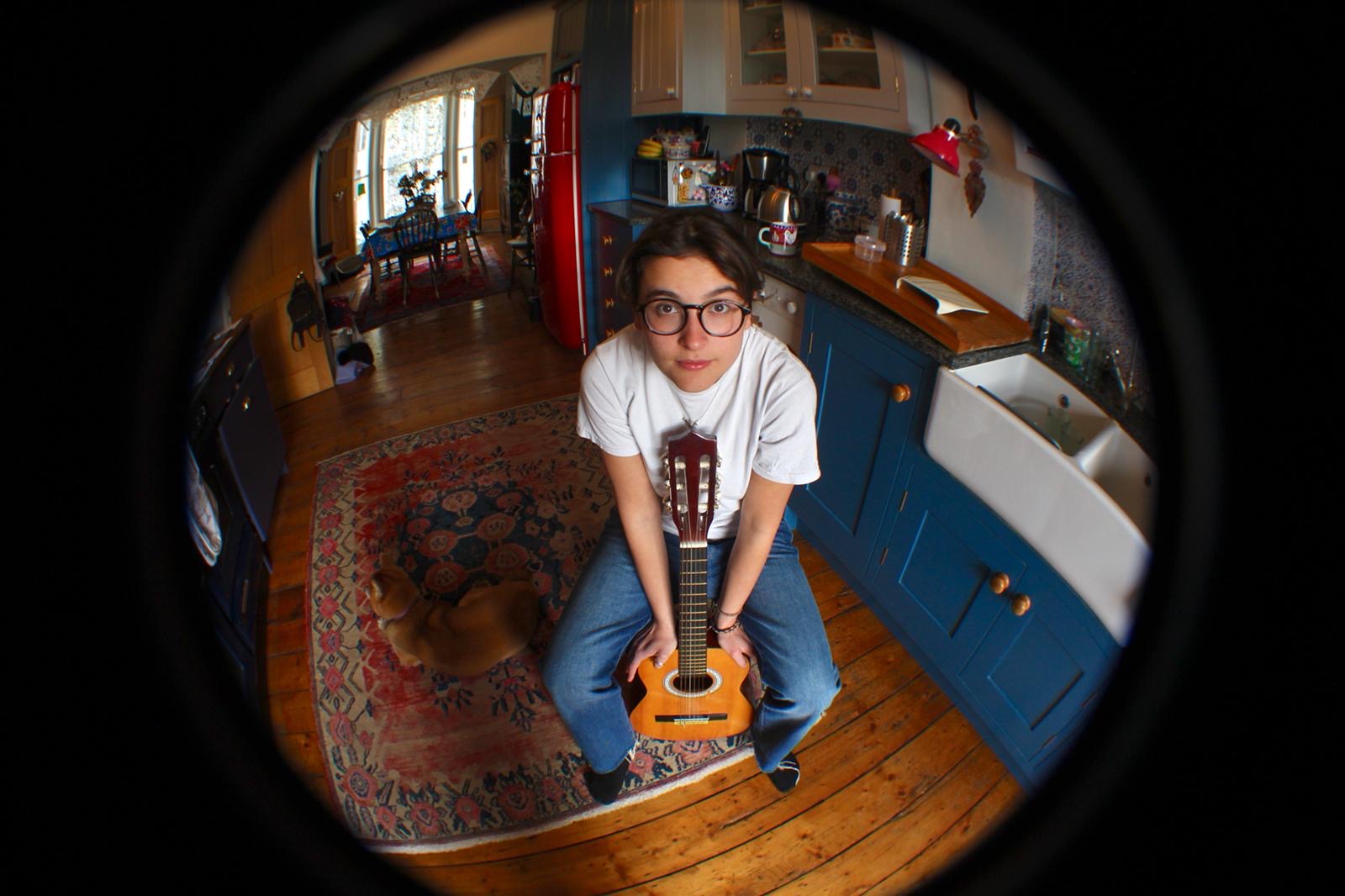 1. How would you define your music style?

I have always found it hard to put my music into a certain genre because it’s constantly developing and changing. The kind of music I have made so far is very Bossa Nova - quite jazzy.

2. You mention Bossa Nova, do you have any specific favourite artists?

Yeah, there is Hope Tala who is an artist that I supported at a gig a few months ago, she’s another West London ‘Bossa Nova’ artist. Old style there is a woman called Maria Creuza but for me one song - ‘The Girl from Ipanema,’ I know it is so mainstream now, but that song changed my life.

3. In what way did it change your life?

You know certain songs, are therapy in a way. It was just a bad time in life and then I heard that song. For me, my music is happy and sad at the same time and that song has sad undertones but also a happy bossa nova chord- genius.

4. Do you write lyrics first or come up with the music - what comes first?

Some people can just write songs through lyrics and then apply it to music but for me I cannot do that very well. I love writing lyrics, it’s like poetry but I need some chords. I had those chords [for How Does it Feel] and then was getting some melody and those were the lyrics that came to me and then it flows. But I cannot write without hearing the music. Music first, words later.

5. You grew up in London, would you say that has influenced your music?

Yeah, definitely. I grew up in West London, specifically Ladbroke Grove/Portobello and that area is so vivid and vibrant - it’s very music based. Everyone is such a nutter in that area and there is everything in Portobello - you get loads of different cultures and that vibrancy definitely influenced me as I grew up and obviously my music as well.

6. Did you grow up in a very musical household?

My dad is very musical, he was in bands, he was a DJ, a producer now - he does everything. I was really brought up, especially on my dad’s side, very musically. My grandad is Argentinian, and has that Argentinian, Brazilian, South American sound and I was brought up with a lot of that music. But mainly my dad playing me all sorts of things.

7. Do you have a particular track or song which really influenced you from your dad?

D’Angelo- Brown Sugar, Smoking Cigarettes by Tweet and Take me by Teedra Moses. There is more but I can’t go on forever!

8. Do you collaborate with other musicians or is it mainly you and a producer?

Not so far but I want to. All the music I have put out so far is me writing guitar-based music. As soon as I got into a band, I began to think about all the different elements, all the different instruments. That’s why my music is changing as I’m thinking more about when the drums will come in or when the bass will come in. I want to collaborate with other singers and rappers, I need to collaborate as you learn more. I’m not some grade 8 singer or grade 8 guitarist. I don’t know everything.

9. Did you study GCSE or A-level music at school?

No, I didn’t. I don’t know if I regret that but the only thing, I regret is not doing Music Tech at A-level, which was really good as I would have loved to learn Logic and music softwares because that would have helped me to self-produce. (I’m learning now anyway!) I don’t regret not doing Music GCSE as it sounds like it was mostly theory and honestly that is too boring, I don’t like being told what to do.

10. What is your favourite thing about creating music?

I don’t want to sound super cringe, but music is like therapy, it releases my emotions more than speaking to anyone or writing anything down. You write a song for yourself and by the time you put it out, it doesn’t really mean so much to you anymore and it doesn’t really help you but then you realise it really helps other people. I think that’s the best thing. Music becomes therapy for someone else, but it starts off for you and it just develops.

11. What would you say is your favourite thing about being a musician - what excites you?

Definitely performing - I love performing. I love when people singalong and their reactions. And I love the sound of performing because it’s so different to how it sounds on Spotify. The live feeling of music is completely different - it becomes way jazzier and way more developed. It’s just more alive.

12. I’m guessing that your parents are supportive?

My family are all very creative. My grandad is a graphic novelist, my grandma is very into her own art - paintings and drawings. It would be quite shocking if I came from my family and decided to be a banker. I think they would be quite confused.

13. Have you had any disasters when you’ve been performing?

Not really disasters but sometimes when you don’t get the sound right, it can just sound like shit. You keep going, laugh, smile, try and tell your band mates that somethings not sounding right. I wouldn’t just cry about it and strop off like a child which is hard because sometimes I really want to, but you just got to go with it. The performances I’ve done so far have been successful and sounded really good.

"You keep going, laugh, smile, try and tell your band mates that somethings not sounding right."

Music is a very personal thing for most people - putting their feelings out into the world. I bet there are many people who have written songs but never released them and a lot of people who could have been amazing musicians but aren’t. I guess just be proud and confident because some people are gonna love and some people are gonna hate it. Just be confident with it. Don’t be afraid.

"Just be confident with it. Don’t be afraid."

15. If you could perform at any venue or festival which would it be and why?

That’s’ a good question. I don’t really care about venues very much. I wouldn’t want to perform at Wembley because my music just wouldn’t sound right there at all. Perhaps, something cute like all those weird festivals - Dreamland or Shambala, they are all quite sweet. Even Latitude as it’s by the water, in the sunset.

1.    Living Island - who I love! My friends are in it, they are a sick indie rock band -they are amazing!

17. If you could collaborate with any living artist who would it be and why?

Thundercat or Rex Orange Country (pre all his new albums).

18. Do you have anything you are working on?

I’ve started self-producing for the first time and working on a few things in various genres. I’m moving towards an EP - a quarantine EP, and have a single called ‘Thinking’ being released very soon! I’m very excited for it because it’s a new sound and am quite proud of it. 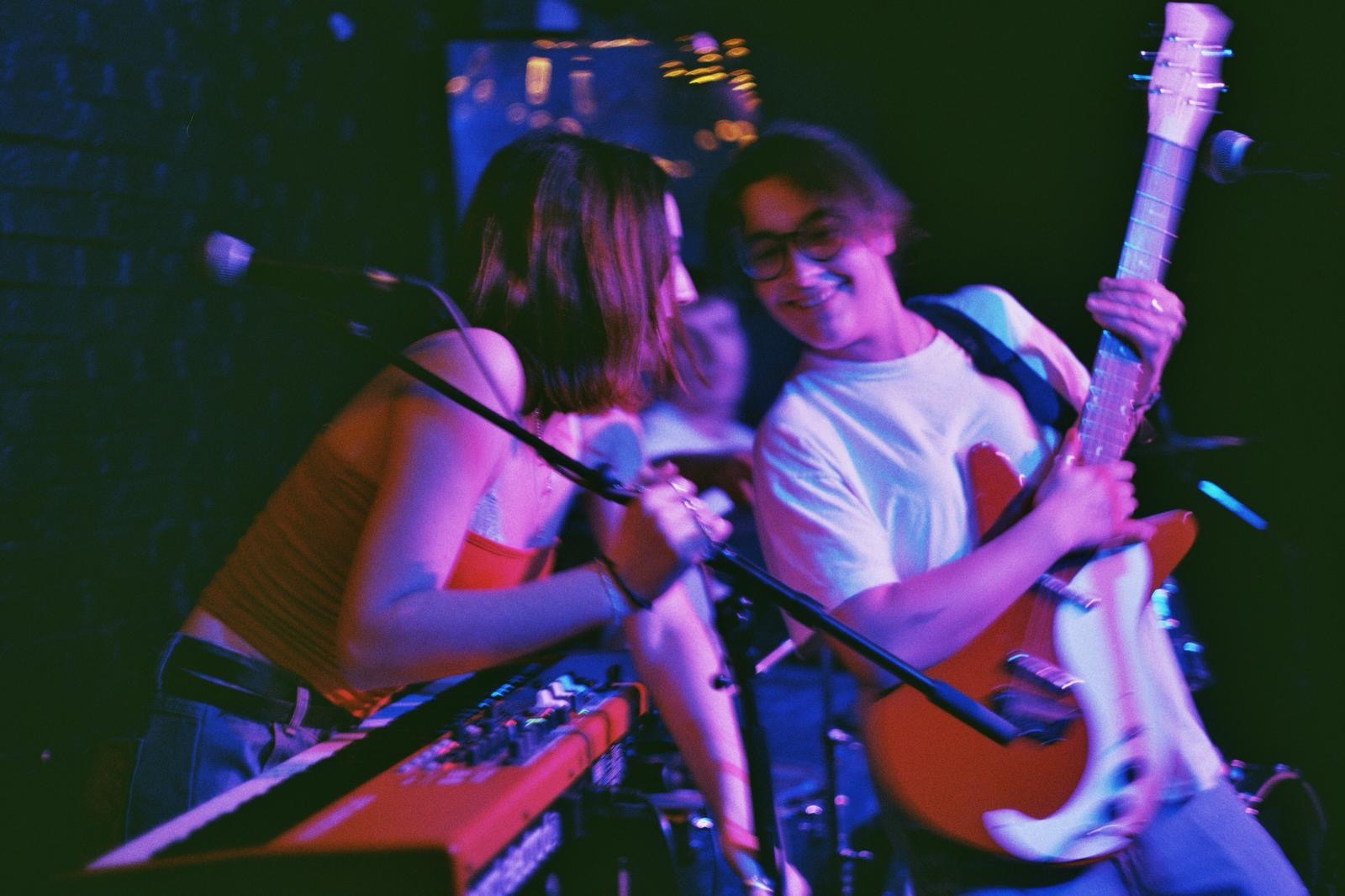 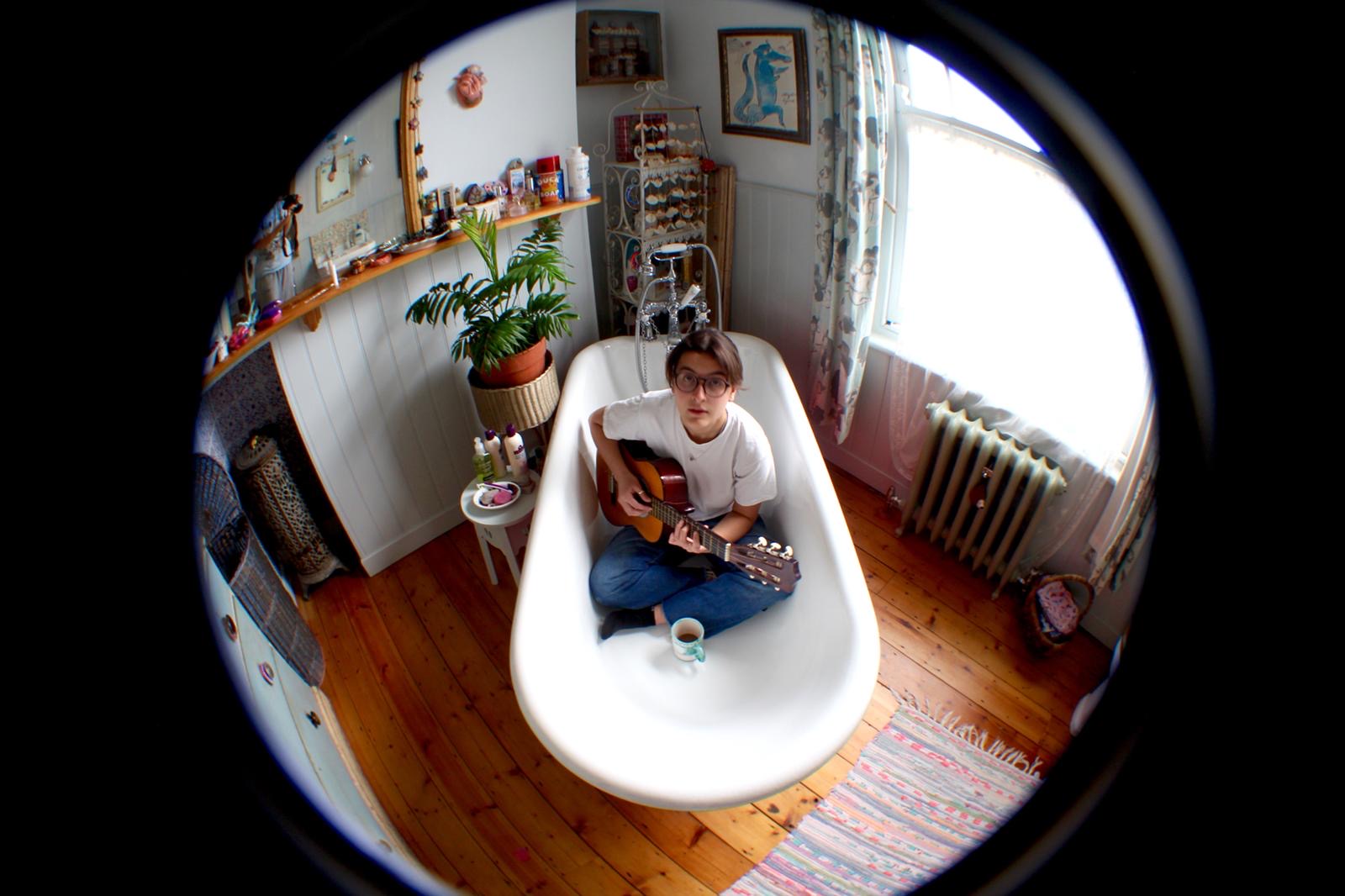 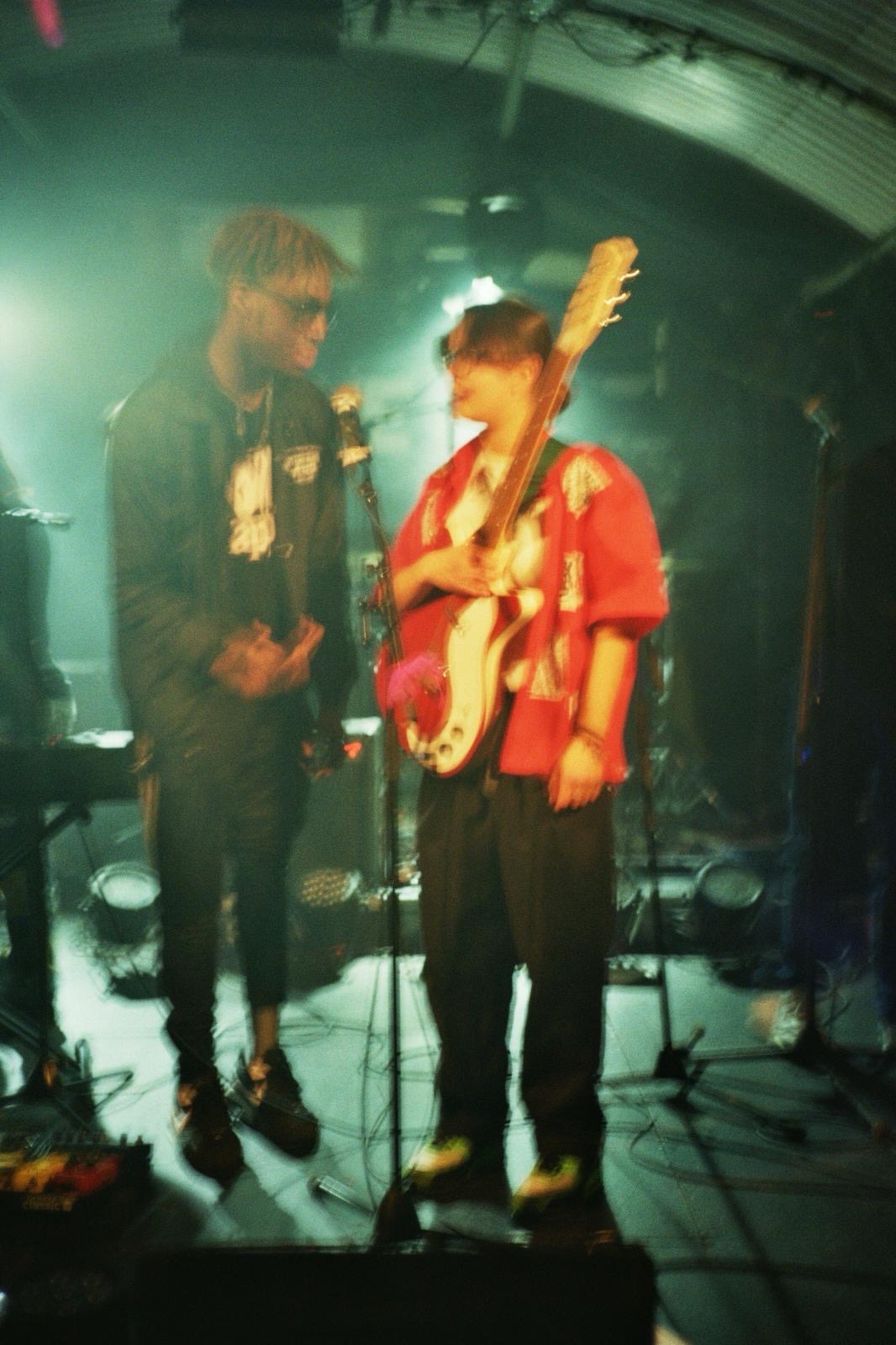 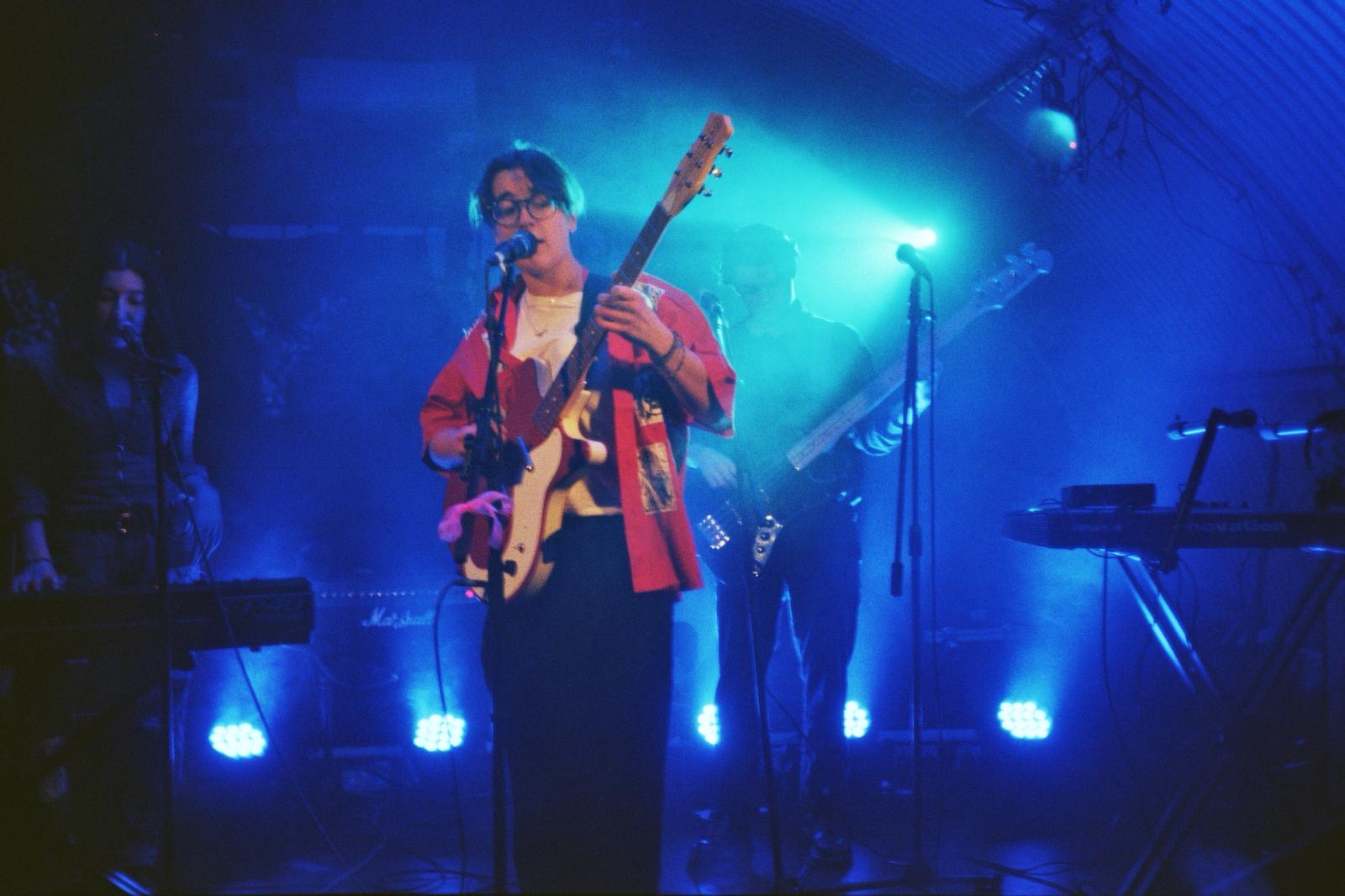 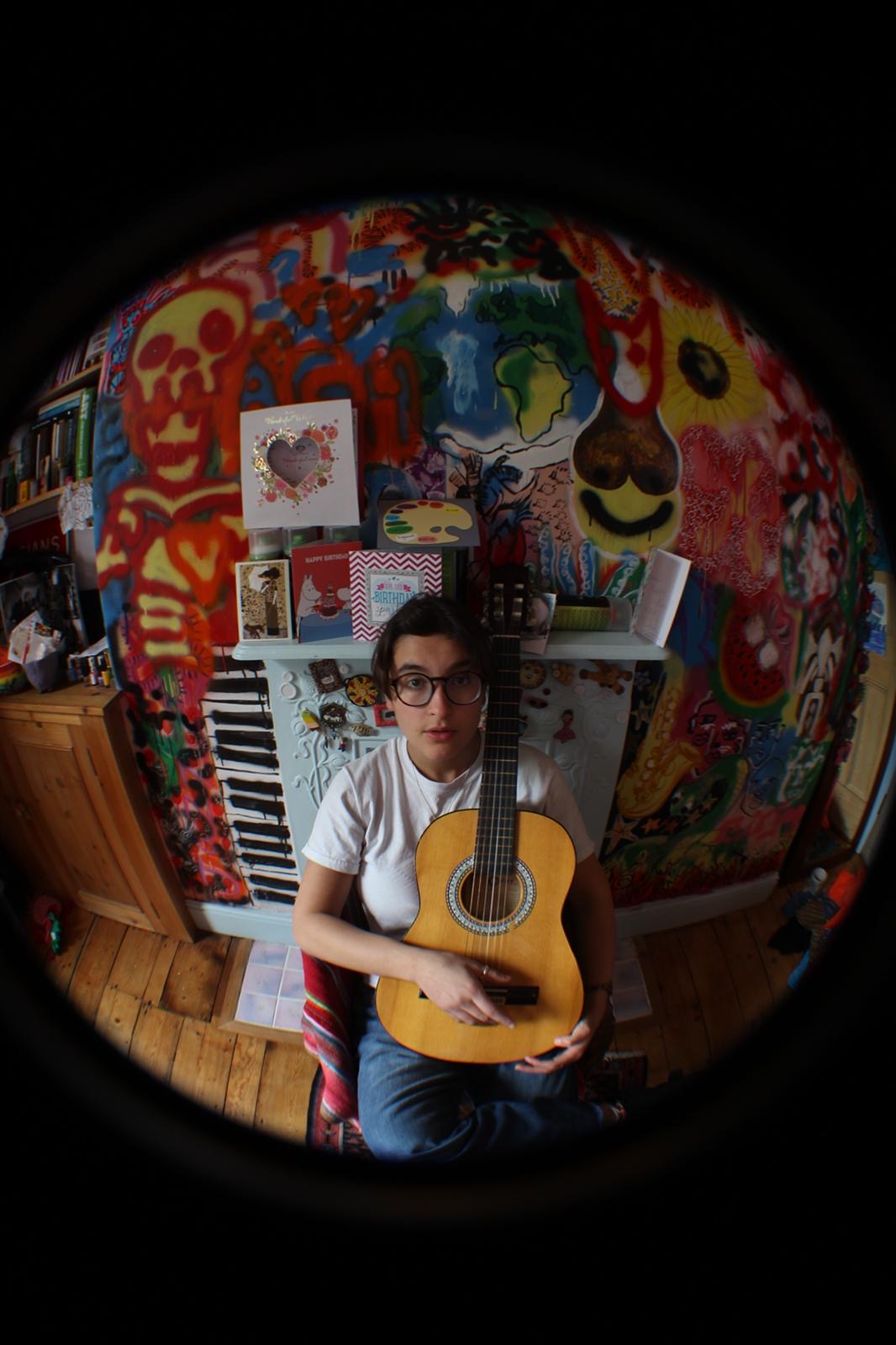