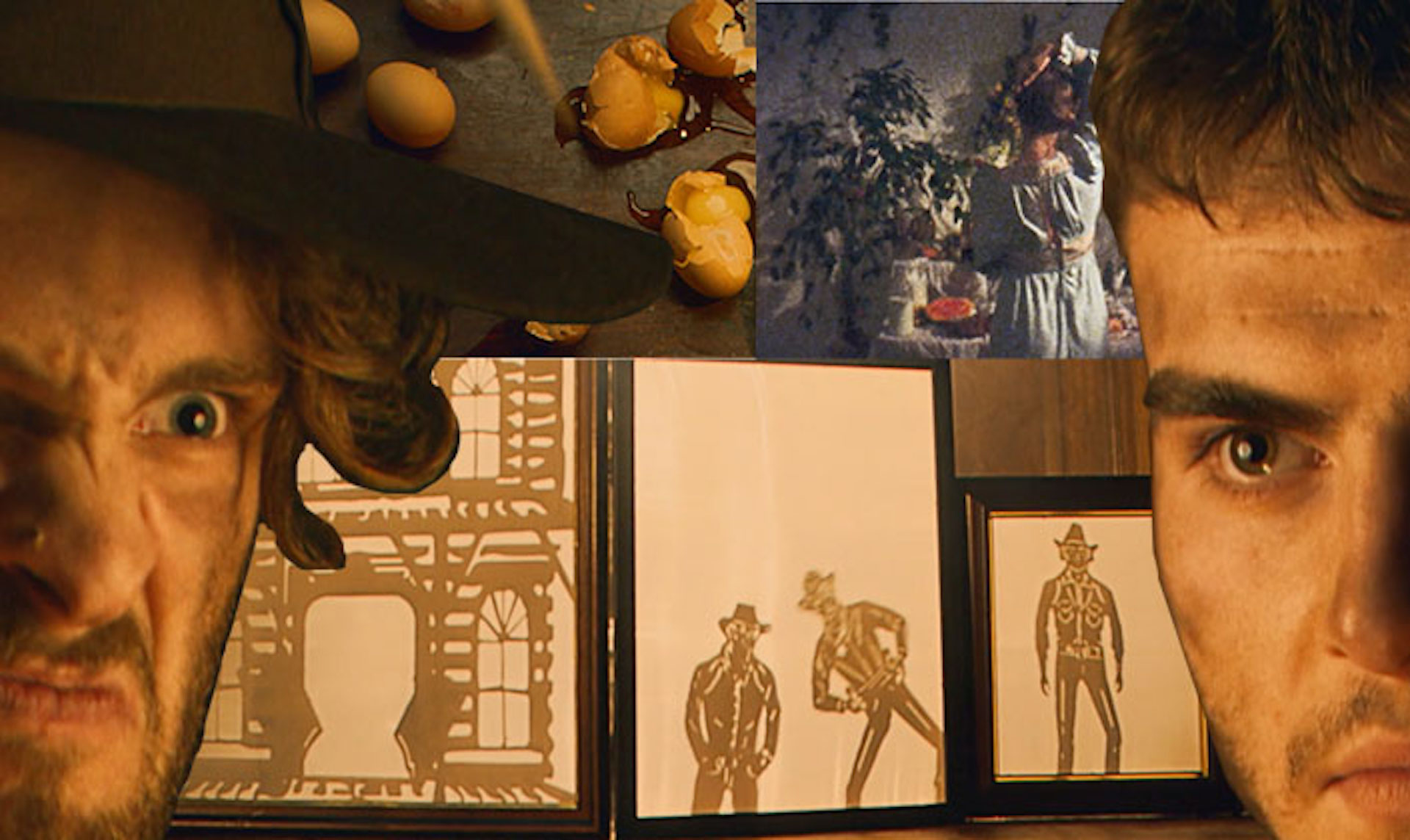 Emma is an up and coming director, writer and all-round multi-disciplinary creative. Already her work has had some recognition like winning ‘Best Young UK Director’ at the Shakespeare Film Festival. She’s part of the BAFTA Mentor Network, and has had work commissioned by the BFI. She also had a little boogie as one of the Kennedys at Wieden+Kennedy in 2019.

Why did you not want to go to university?

Uni didn’t really appeal to me because I felt like I wasn’t going to get anything there which I wouldn’t get by pursing the career direction that I wanted to. I had a friend who had managed to break into film production quite easily, I say easily, he broke into it just by being tenacious and working hard and I felt that that was something I wanted to do. Also, formal education doesn’t really sit well with me, it can be really beneficial to some people and not for others.

How did your parents take your decision to not pursue further education?

My parents have always been, pretty supportive of what I do, but my mum didn't go to university, so she was always fine, you know? She and I did pretty similar things. She just finished school and moved to London and just worked. So yeah, it didn't seem like it would be a massive thing to them.

I did English Literature, Theatre Studies, Photography, English Language as AS level and an EPQ on making a short film. They didn’t have a film course at my school, so I did the artefact as a finished film. Oh god it was a terrible film I had no idea what I was doing!

For people who want to get into the film world what would your advice be?

I think it's a mix of learning whilst doing it. Definitely make films because there's so many people who want to get into it and just don't do it because they get held back by technical aspects or something else. All you need is something to record on, even if it's like a phone or a really shitty little digital camera. Just make stuff because as soon as you start making things people can see what you're doing, rather than just telling people ‘Oh,I'm making this thing’ and never getting it out there. And then I think watching stuff, reading stuff, learning from people who do it. There are some really good programmes as well, like I did the BFI film academy and for me that really helped me to get a better understanding of just how different aspects of being on set worked. I also got into the BAFTA mentor network.

How did you get into the BAFTA mentor network?

You had to have been a BFI alumni, then you have to fill in an application to say why you wanted to be a mentee, what you think you can gain, what kind of mentee you're looking for etc. I think I got declined the first two times and then third time I got paired with someone - Anna Maguire (she’s a great director) and that was really helpful.

So, once you've been accepted and been assigned a mentor, how does it work?

We would meet up and talk about this film I was making at the time. We talked about how it was going, all the difficulties that I was experiencing in putting it together, trying to figure out ways past potential problems and how to make it the best that it could be. She also helped link me up with her producer so my producer could talk through stuff. I think film/directing is a really weird thing - you’re not really taught how to do in school. You’re given this person who has all this knowledge that you need and I guess I just say ask them lots of questions lead it the way that you want it to be led, because they're not going to sit you down and be like, here's your syllabus. Yeah, just try and milk ’em!

Can you tell me about your Kennedys experience - what is it?

I was part of the Kennedys at Wieden+Kennedy, who are a creative agency. They do work for like Nike, Coca Cola, Sainsbury's, that kind of thing. The ‘Kennedys’ is like that incubator programme for young creatives.

What did you do?

It was five months working at the company and they basically just gave the seven of us (out of the 120 something applicants) different creative briefs - it would be anything. We started with making signs to go to the climate protest and I went dressed up as a dominatrix with a sign saying ‘not what I meant when you when I asked you to choke me’ - which was really fun, and it was nice just to do something like that and be like, oh my gosh, I can't believe I'm getting paid for this! There were lots of other stuff like film projects, photography projects, design etc it was so creative - an amazing crash course. It really changes your attitude to the way you work, the way you present your work and how you want your work to be seen. I used to think I was okay, taking criticism, I got into the course and then it became quite clear, I wasn’t really good at hiding my emotions. But I learnt criticism isn't a bad thing. It’s just people being like - ‘okay, how do you take whatever you're working with and make it better? Or scrap it completely if it's really that bad?’ And no, it's not a personal thing.

I learnt criticism isn't a bad thing. It’s just people being like - ‘okay, how do you take whatever you're working with and make it better?

what influenced you to get go into film?

When I was little, I first got shown the Lord of the Rings, I remember watching the behind the scenes for hours on end. I used to see the scale of the project, how much fun everyone seemed to be having on set and how much detail they put into everything. I was just like, this is incredible. It’s so much work and everyone looks like they're having a great time. And it to make an amazing story that I really, really liked. And so, I thought, that’s what I want to do - it's me.

could you explain for people what do you like to do as a director?

As a director, I mainly do music videos, that's why there's like a lot of interlinking of different roles. As director, you have to, first of all pitch the idea to the artist, which includes making a treatment and which is kind of like a PDF showing exactly what the music video is going to look like, what they're gonna do, just kind of laying out from the onset. I know what I'm doing is just making decisions and kind of whether it's like leading, leading the cast or being like - Okay, do this bit differently, do this that way. I think it really depends on what projects you're working on. Sometimes I'm like, I can't believe I'm doing this right now. I was on a music video last month, which is coming out soon, where we literally just got these guys to eat these really disgusting cakes. I made these vile vile cakes - one was like a mushy,mushy pea flan with pickles, pickled eggs and blackcurrant jam. I was just there egging him on to eat it. I guess this is very interesting, obviously. It's like it's very different for drama, and it's very different for commercial work.

what does film mean to you?

I think it's just the purest form of storytelling. it's someone sitting you down for two hours or however long being like, right. Here is the story, here is how I'm going to tell it, the way that I'm expressing it. Yeah, I think being able to make someone feel something that's what I want to do. I just want to make you feel stuff. I feel like film is how I want to do it.

what is your goal?

To do feature films but I guess at the end of the day - to make work that makes people feel and that connects with people in some way, shape or form, even if it's something really silly like making someone giggle - that just makes me happy. Just to be like - ‘Okay, cool. I took two seconds of someone's brain time that one day.’

have you experienced any difficulties or prejudice working in the film industry as a woman?

Yesterday, I actually just watched this documentary called ‘Half the Picture’ which is about women in Hollywood - specifically women directors in Hollywood. I don't think I have but I guess it's difficult to know if you've been the subject of unconscious bias. Although I've done work in the past, which I've been really proud of and I had someone refer to it as cute. I was like - what about it's cute? I might be stepping on some toes now, but, I'd love to have the sheer self-belief of the male director because I know so many who have so much confidence in themselves and their ability to do what they do that they make it really easy for them to sell their work and themselves. I can't tell if it's something that's down to being a woman or if that's a personal thing. I'm interested to see how much that's gonna affect me, hopefully, not so much. There's a lot of great women who are paving the way to stop that from happening.

describe your work in three words.

one film that everyone must watch?

I mean, cliché but ‘Parasite’ by Bong Joon Ho. He is a mastermind and it's one of the first films I've watched that won an Oscar and I've genuinely been thrilled by. There wasn't a single second when I watched it, or I felt bored. It's just perfect. Perfect scriptwriting, perfect acting, perfect direction, perfectly shot - it's just perfect.

Get to know Adobe - if you have it or if you can have it. The only reason that I would have gone to uni is to to make use of all the equipment and software and stuff. Adobe is pretty critical, especially as an employee. If you want to be employable as a creative, learning After Effects and Premiere to a really high standard, I'd say would be really good. Other than that, I really like old school techniques. I’ve shot a couple of things on a Super 8 and that's really fun. It teaches you what to prioritise. I entered Straight 8’s, which is a Super 8 competition with my creative partner. And for that you have to shoot a film in chronological order all on one roll of film.There's no room for mistakes they encourage you to just get out and do it. So I think you can learn a lot from film by using traditional techniques as well. 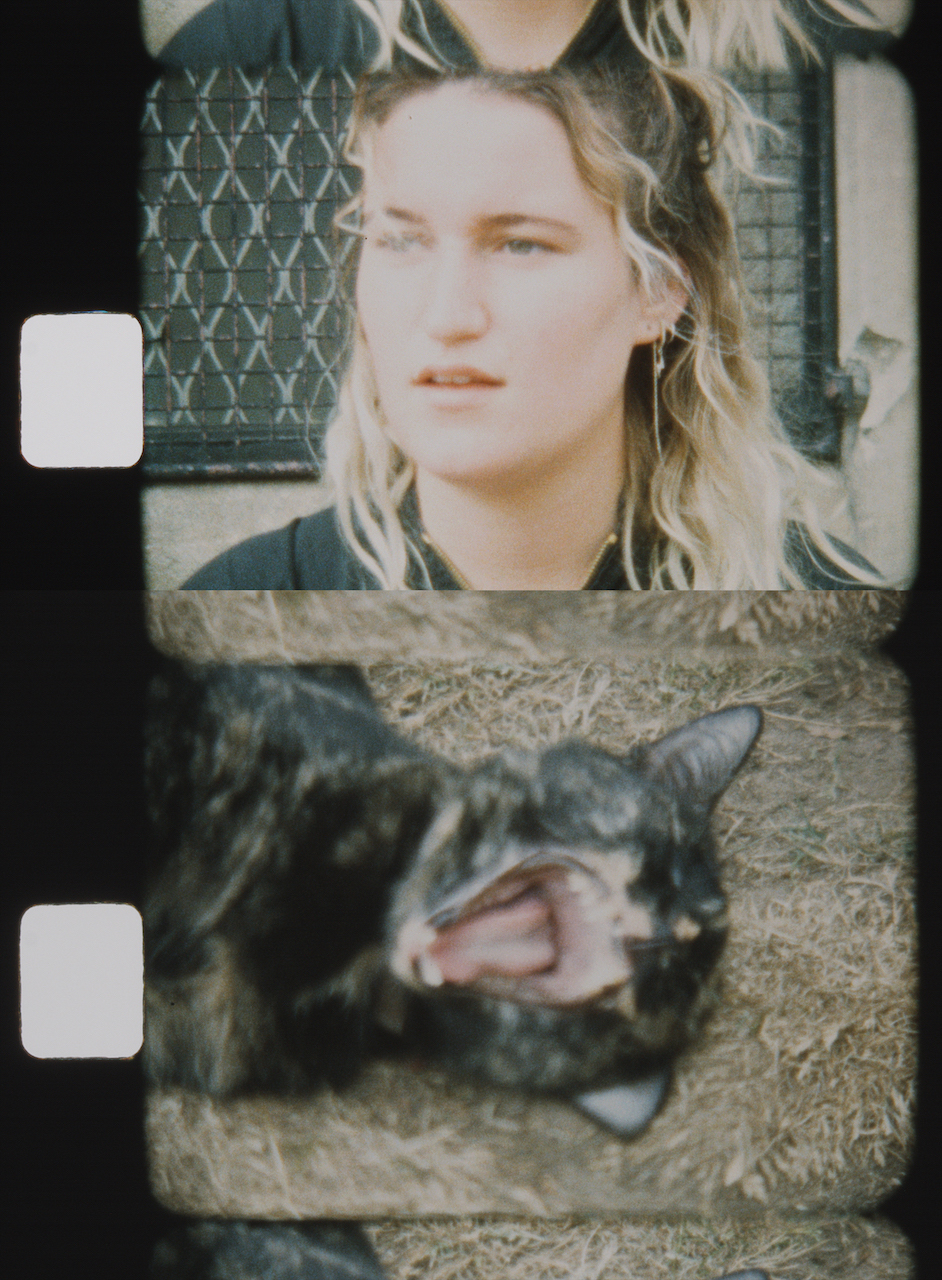 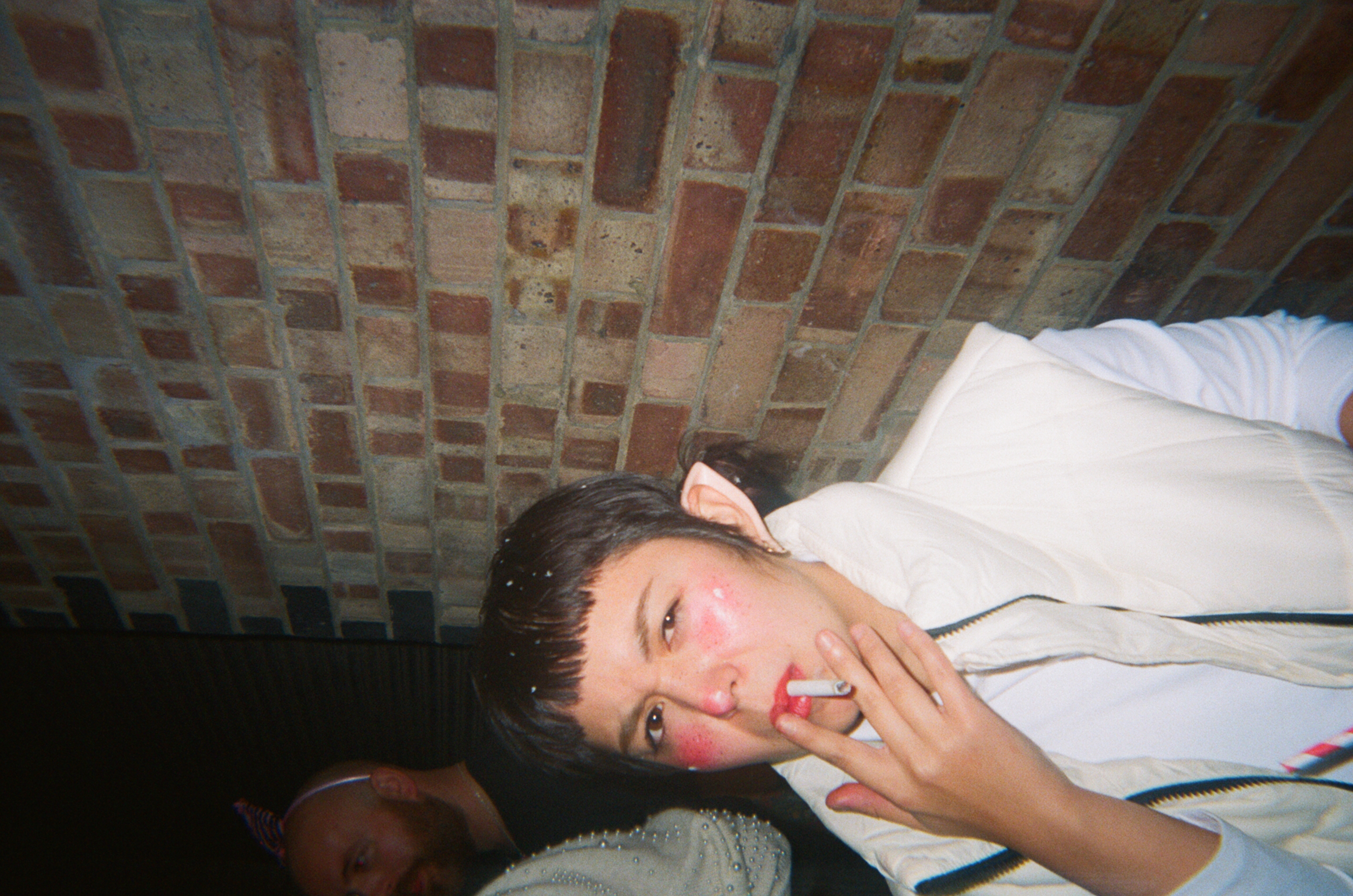 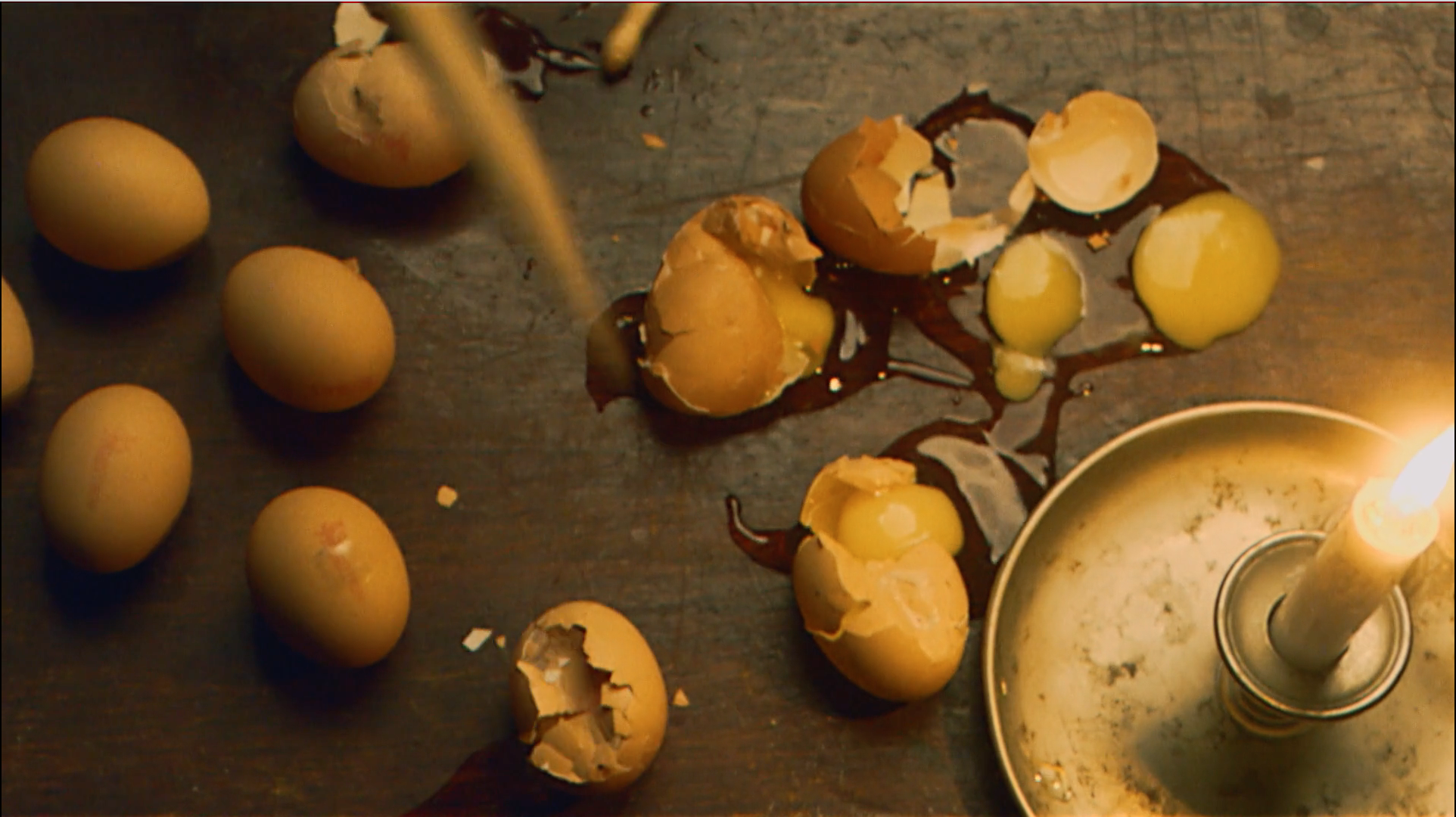 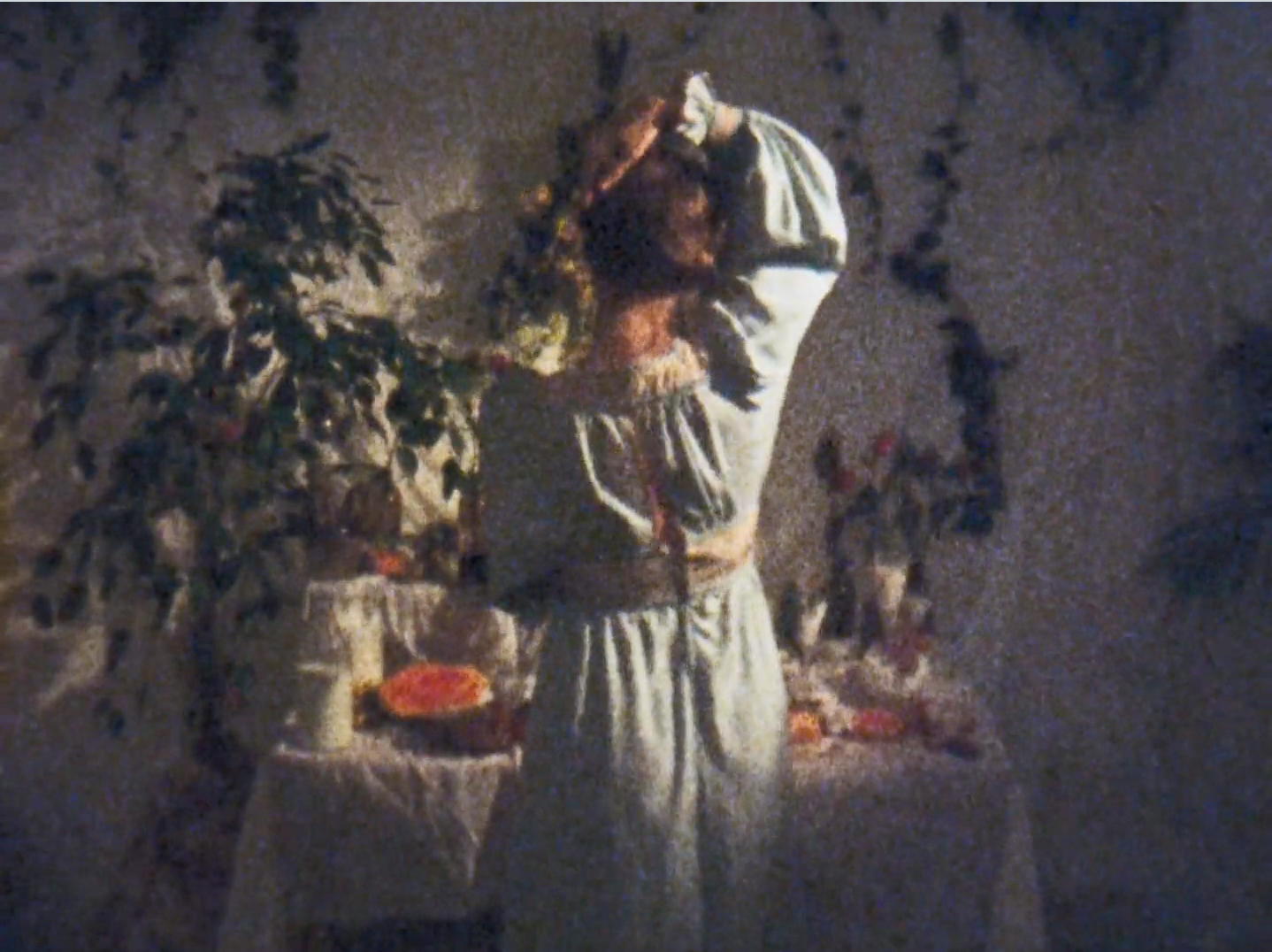 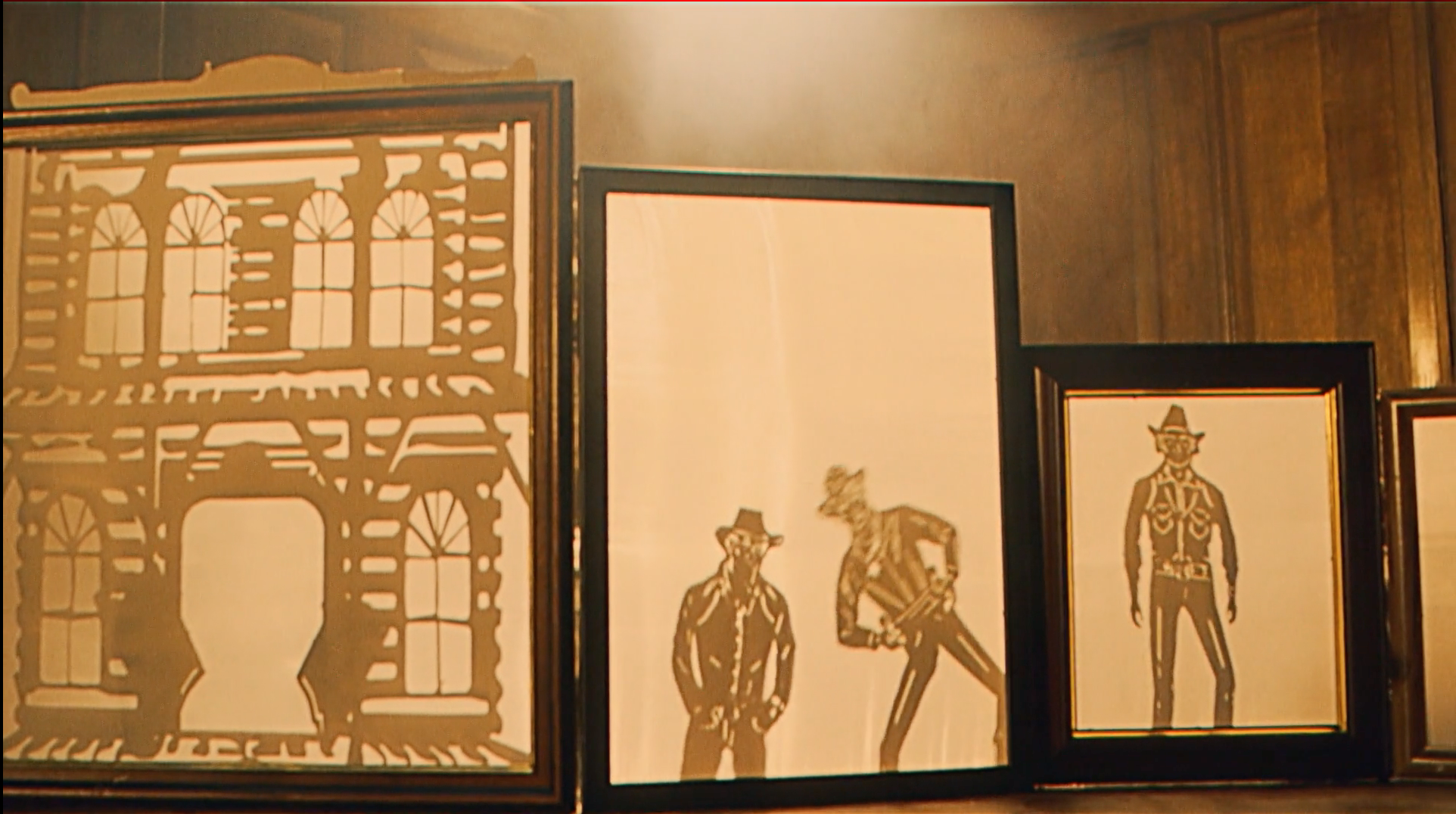 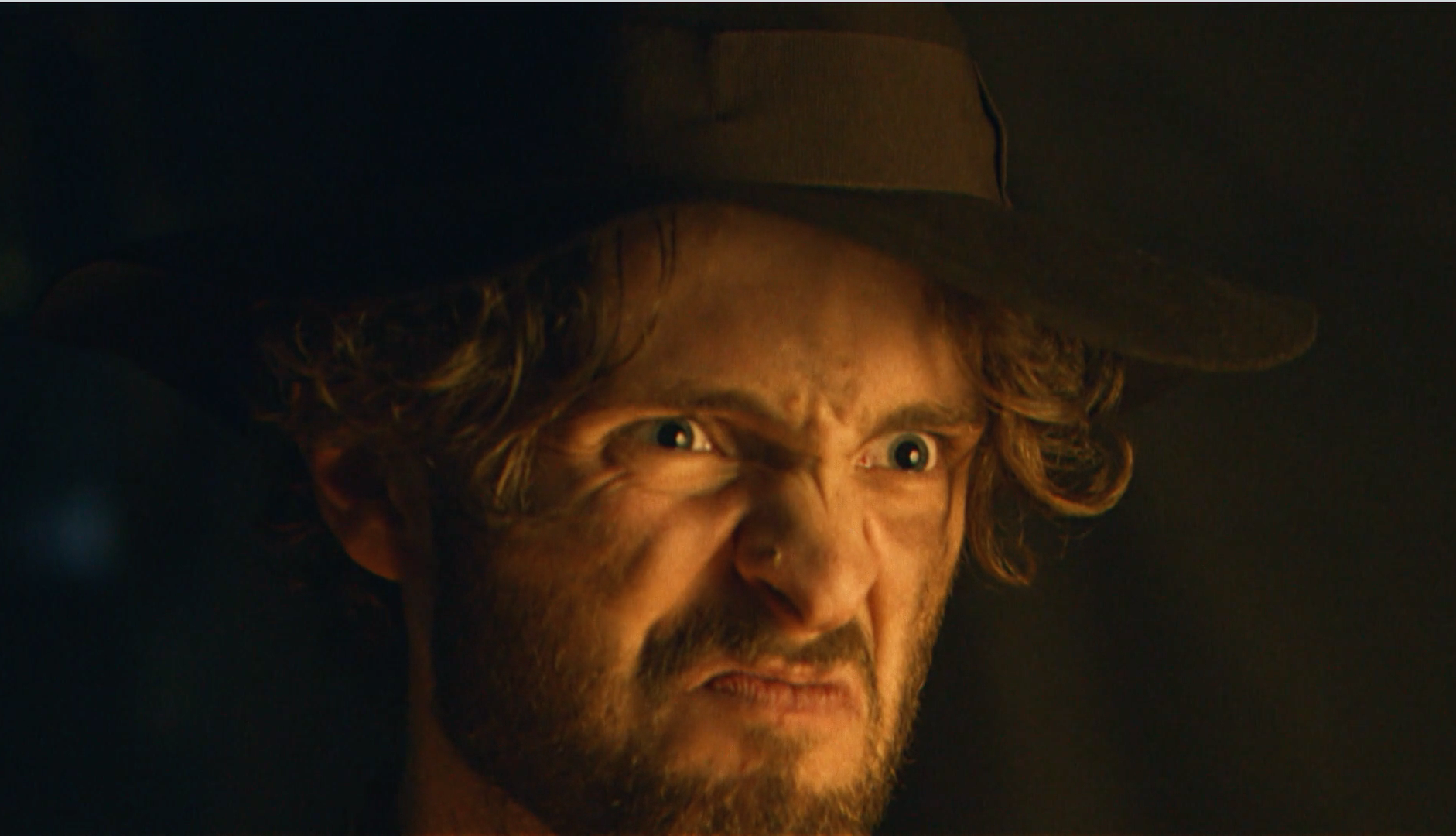 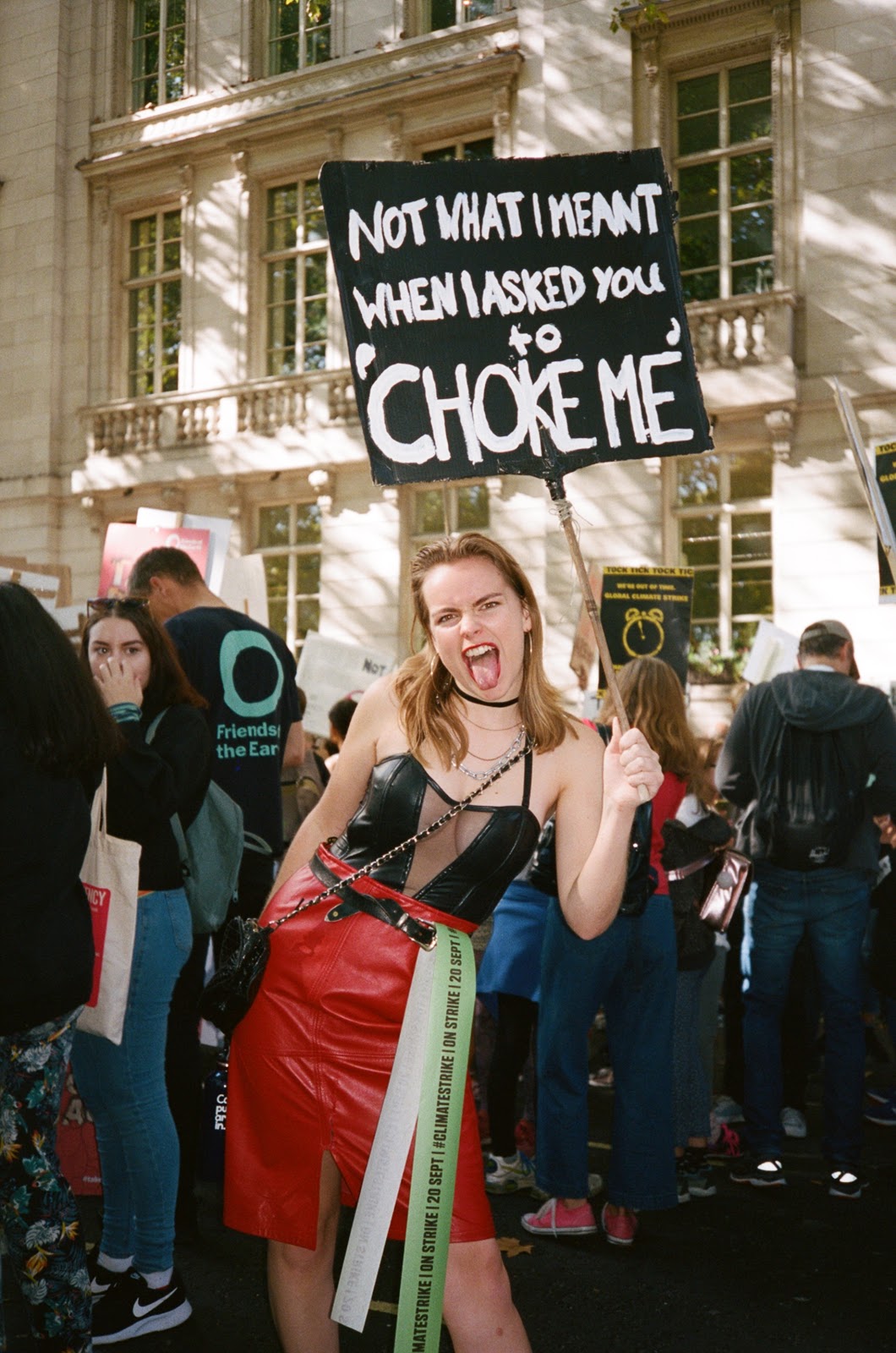