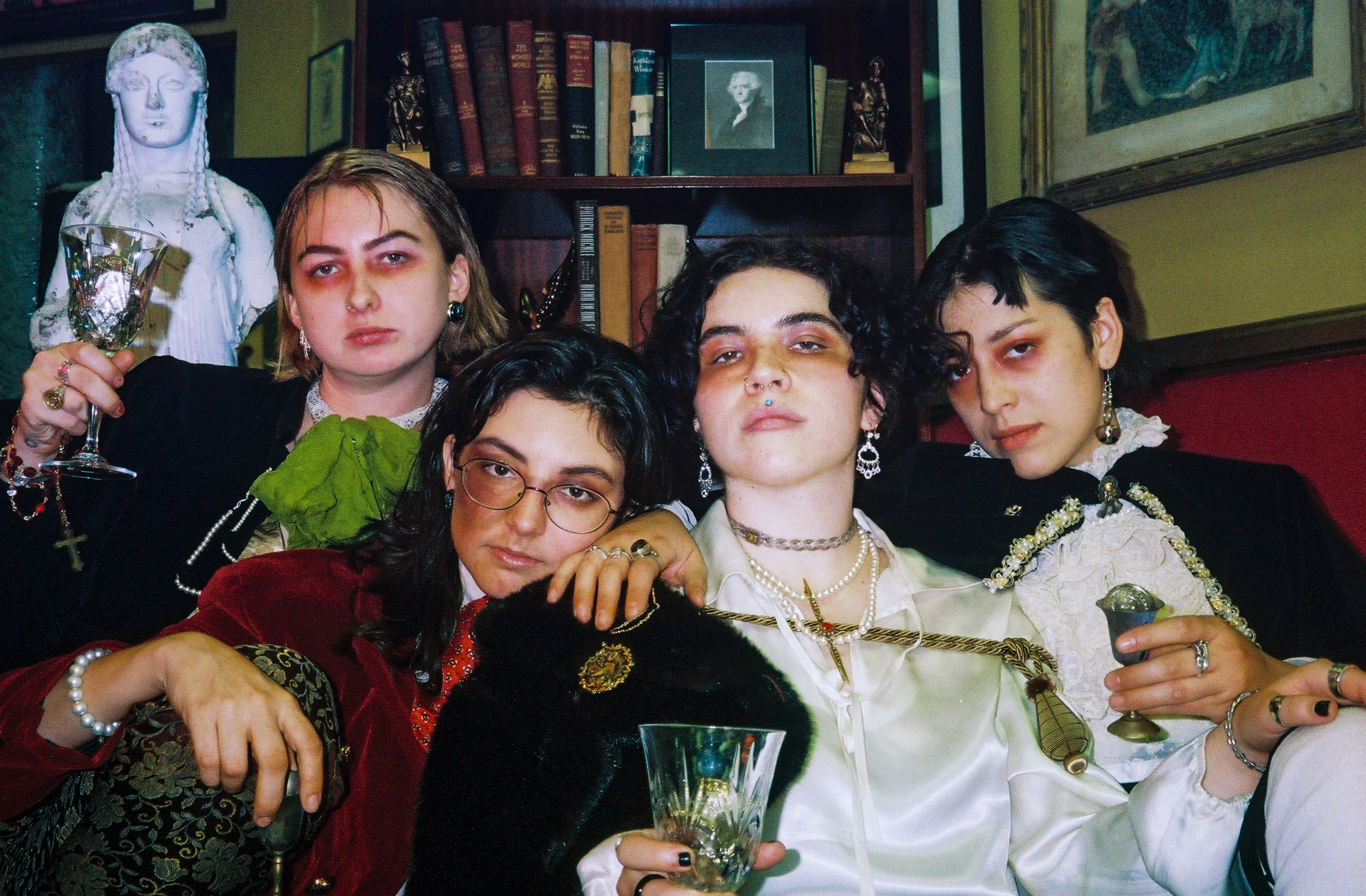 Girl Friday is an LA-based band who don't blunt the impact of the themes they work through in their ferocious, knotty rock songs. That being said, they don't let the more harrowing aspects of being alive and young in the 21st Century daunt them. Taking influence from Sonic Youth and Placebo, they are without doubt a band to look out for but also listen to. Read below to find out more about Girl Friday and their upcoming debut album - Androgynous Mary

Why the name Girl Friday?

Do you mind introducing yourselves?

How did you all meet?

Virginia: We all went to grab the last Hole shirt at Hot Topic and accidentally brushed hands. There was a palpable connection and as we stared into the depths of each other’s eyes, and we silently agreed to form Girl Friday and become the most powerful rockstars in the world.

What’s the best gig you've been to?

Vera: Thurston Moore Desert Daze in 2018, the moment his guitar was struck by godly light and Deb Googe had the nerve to hold it down with a thumping bassline.

Could you all individually give me your all-time favourite song?

Libby: It’s gotta be “My Girl” by the Temptations

Sierra: “Without You I’m Nothing” by Placebo. Not to be dramatic, but when The Guitar Line™ kicks in and Brian sings the title of the song at [02:52], my soul launches from my body into the astral plane.

Vera: ALL TIME lord...Nina Simone, “I Shall Be Released” and silence.

What other musicians and bands influence your music?

You are releasing your debut album 'Androgynous Mary'. Can you tell us a bit about the concept behind the album, what you are hoping to achieve?

Libby: We are Girl Friday and we like power.

Sierra: We are Girl Friday and we want to cradle you while we all cry into a large bowl.

Vera: Ahhhh achievement… remember her...she was a friendly concept from our past.

You are a Los Angeles based band, can you explain how that has impacted and shaped your music?

Libby: Los Angeles is a dreamy, yet hellish place. There is peace in the chaos, there is silence in the noise, and there is sometimes some dog shit on the bottom of your shoe.

If you could perform at any venue/festival what would it be and why?

Vera: I would like to perform at any show and any venue and any point in my life thanks.

Sierra: I would LOVE to play the Jones Beach Theater in New York on a seccy summer day. I saw Paramore and Fall Out Boy play there right after I graduated high school, and everything about it completely blew my mind.

Virginia: It would be cool to play the historic North Park Theater (now the Observatory North Park).  I grew up in San Diego and wish it had been a venue like that when I was growing up.  I would also be interested in playing a haunted venue, bonus points if it’s on Halloween.

Libby: Hollywood Bowl, baby. To play on the same stage as the Gershwin orchestras? Please.

Do you have any advice for other musicians and bands just starting out?

Virginia: Play a lot of shows, Malcolm Gladwell was right all along.

Sierra: When anyone tells you you can’t make it, steal that wretched piece of their shattered ego and use it to build your empire.

Vera: Don’t do it for money.

What would you say if your favourite thing about creating music?

Libby: Making music with your pals is like eating the best goddamn vegan chocolate cake you’ve ever had..Business is tasty.

Virginia: Touring and recording!  Finishing any kind of recording project is so satisfying, it’s nice to be able to hold the thing you’ve made in your hands and share it.

When was the moment that made you decide music is something I want to pursue?

Libby: Watched Disney’s Fantasia 2000 and in the cartoon with “Rhapsody in Blue”, there’s 30 seconds where there is a skinny man with long fingers playing the piece in his apartment window. I wanted to be him.

Sierra: It all started when I was a young sprout and saw the music video for “Helena” by My Chemical Romance on MTV. I realized then that I, too, could become the drama I wished to see in the world.

Virginia: I never had a moment, I just realized that after a while that was all I was doing in my free time.

Vera: I was born with the curse, destined to a life of small pay-checks and cheap beer.

Are there any other up and coming bands that we should keep an eye out on?

Vera: Start your own band and keep an eye on that! 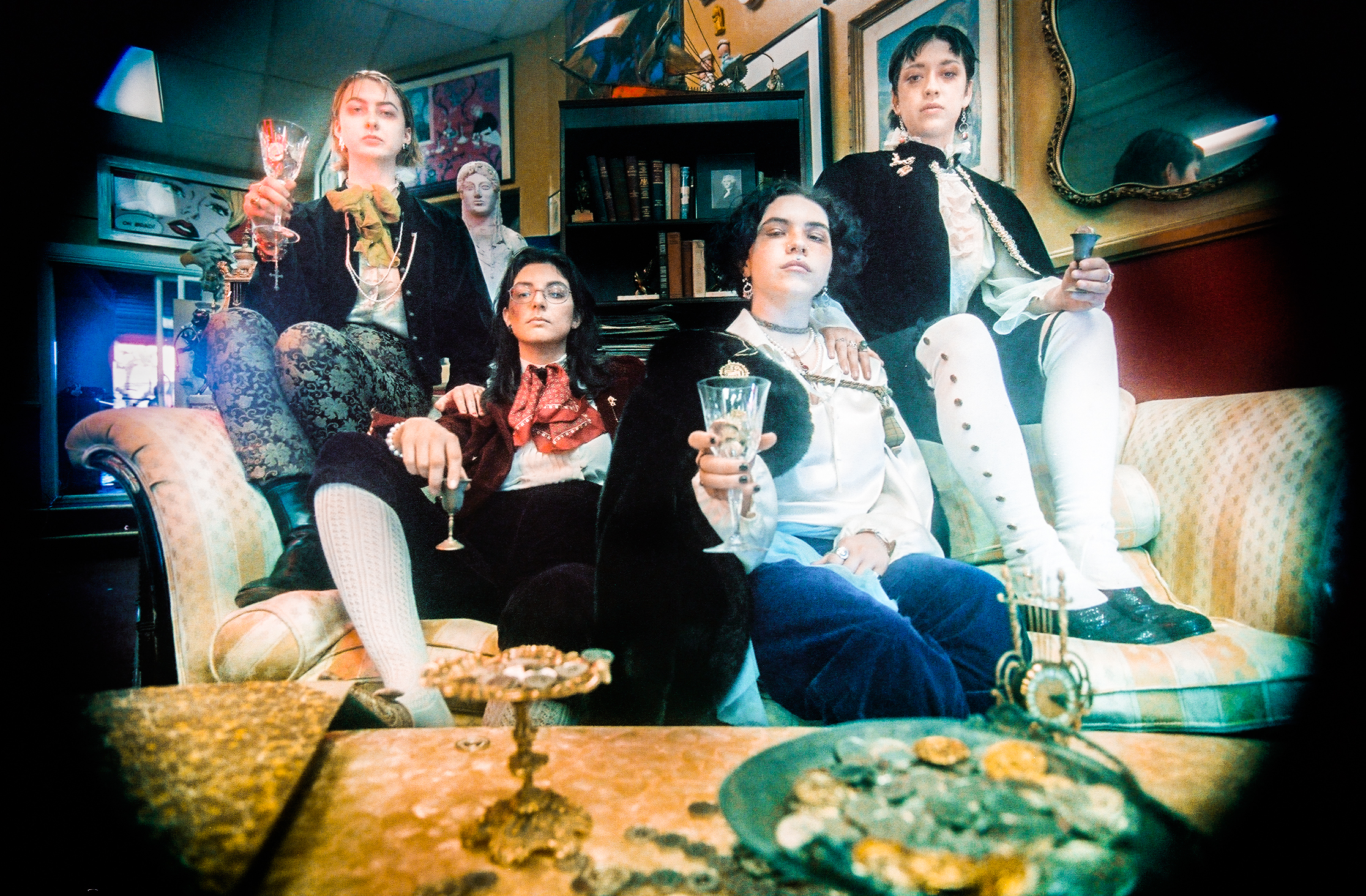 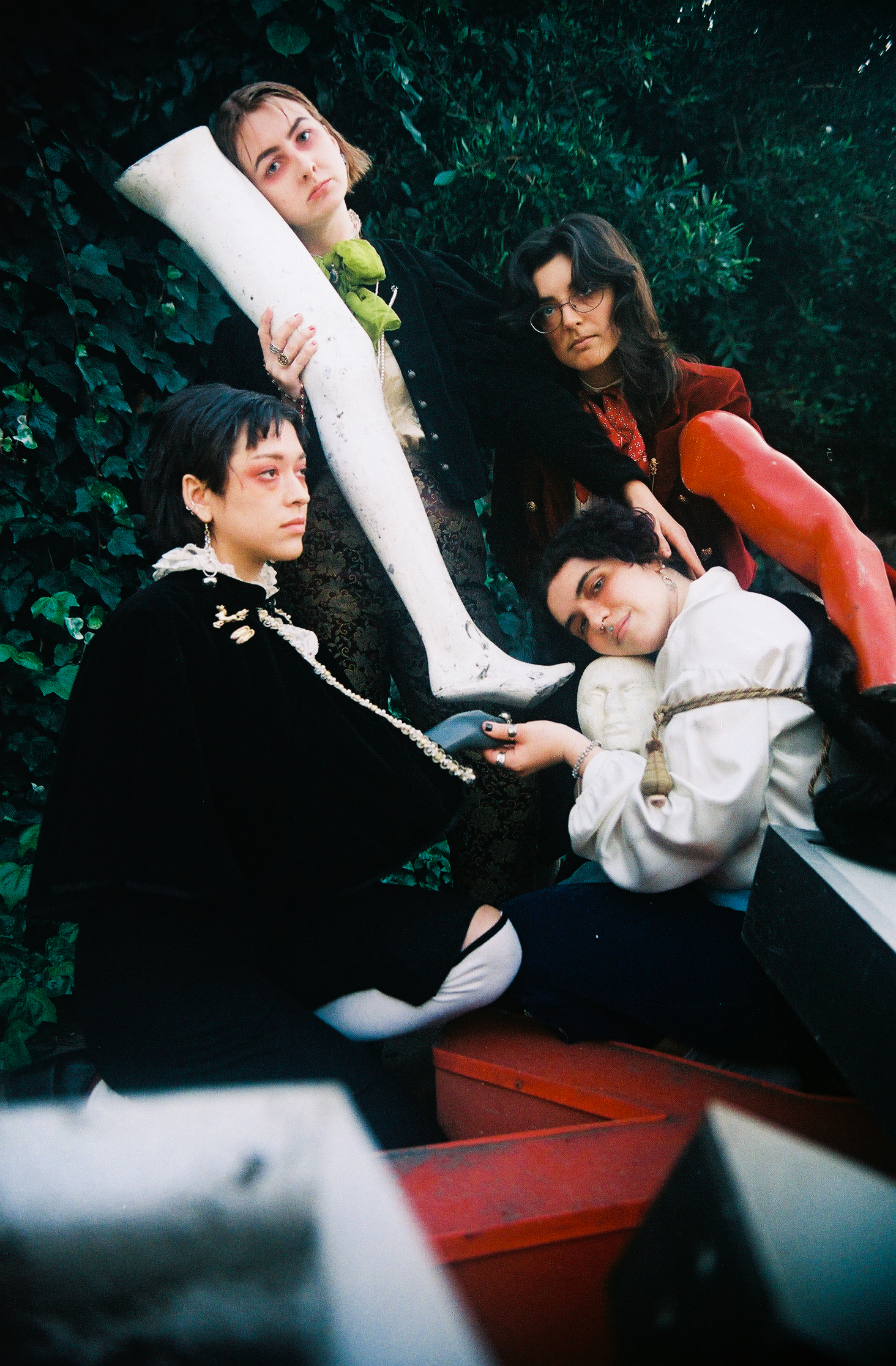 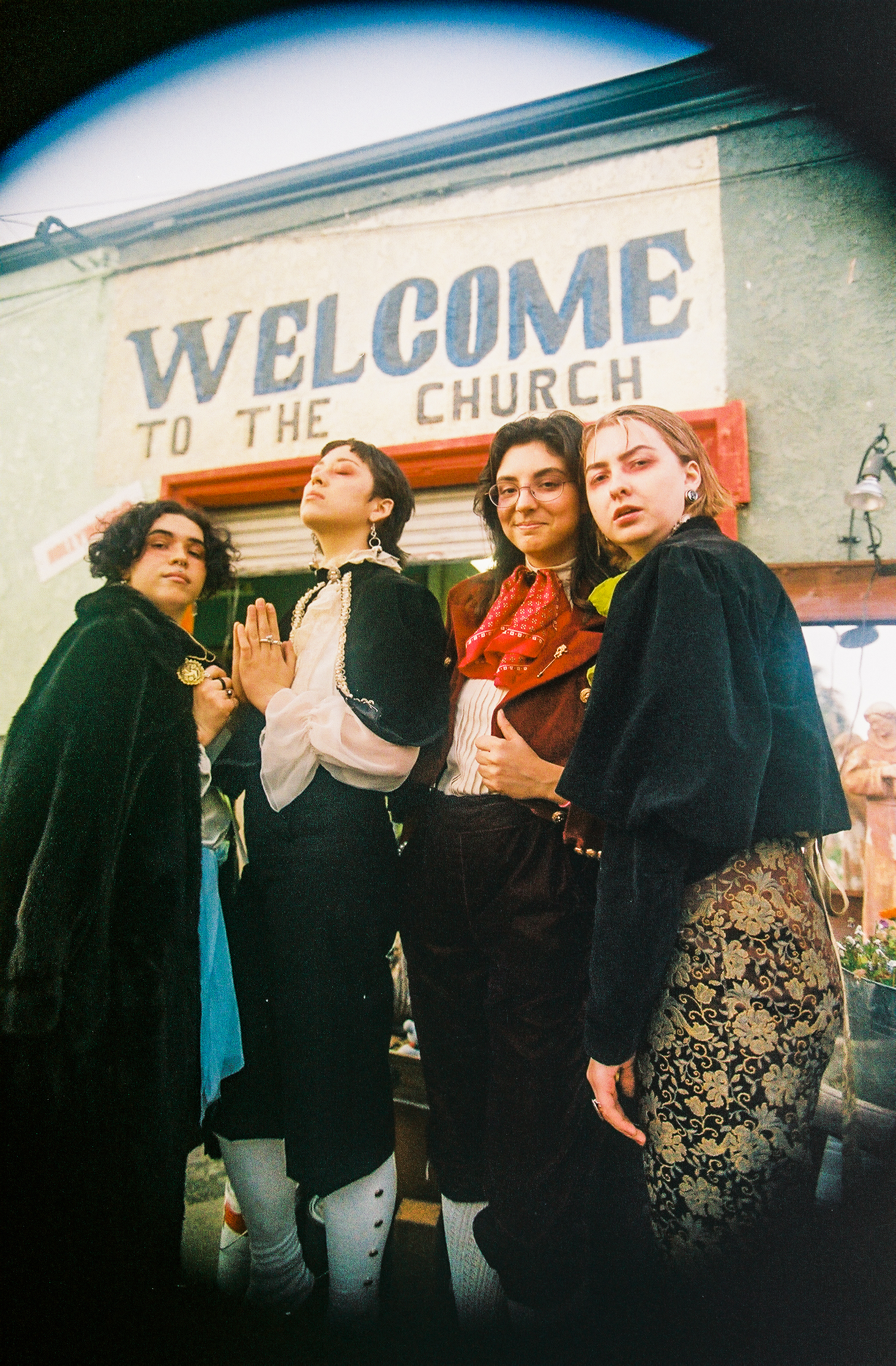 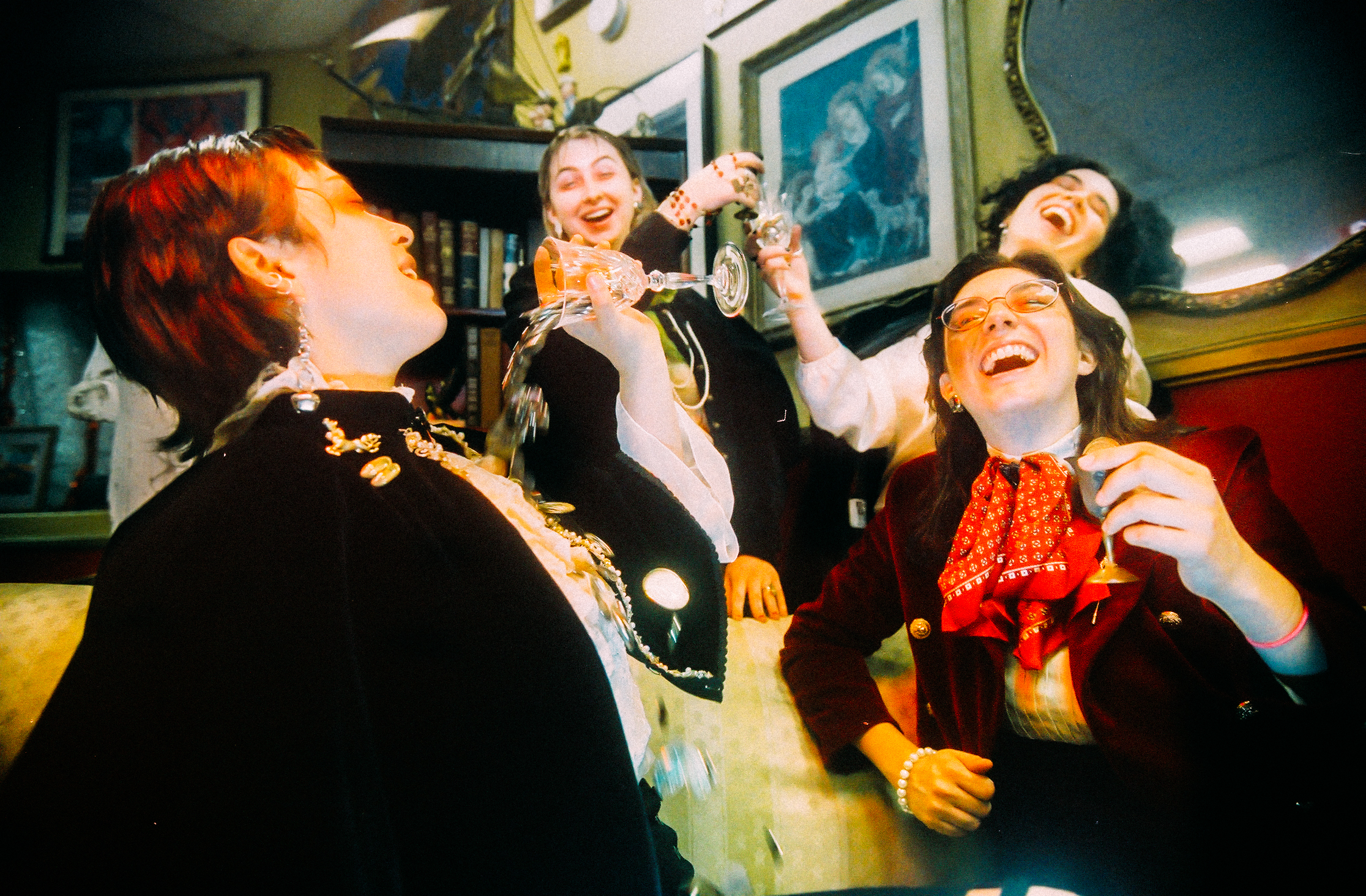