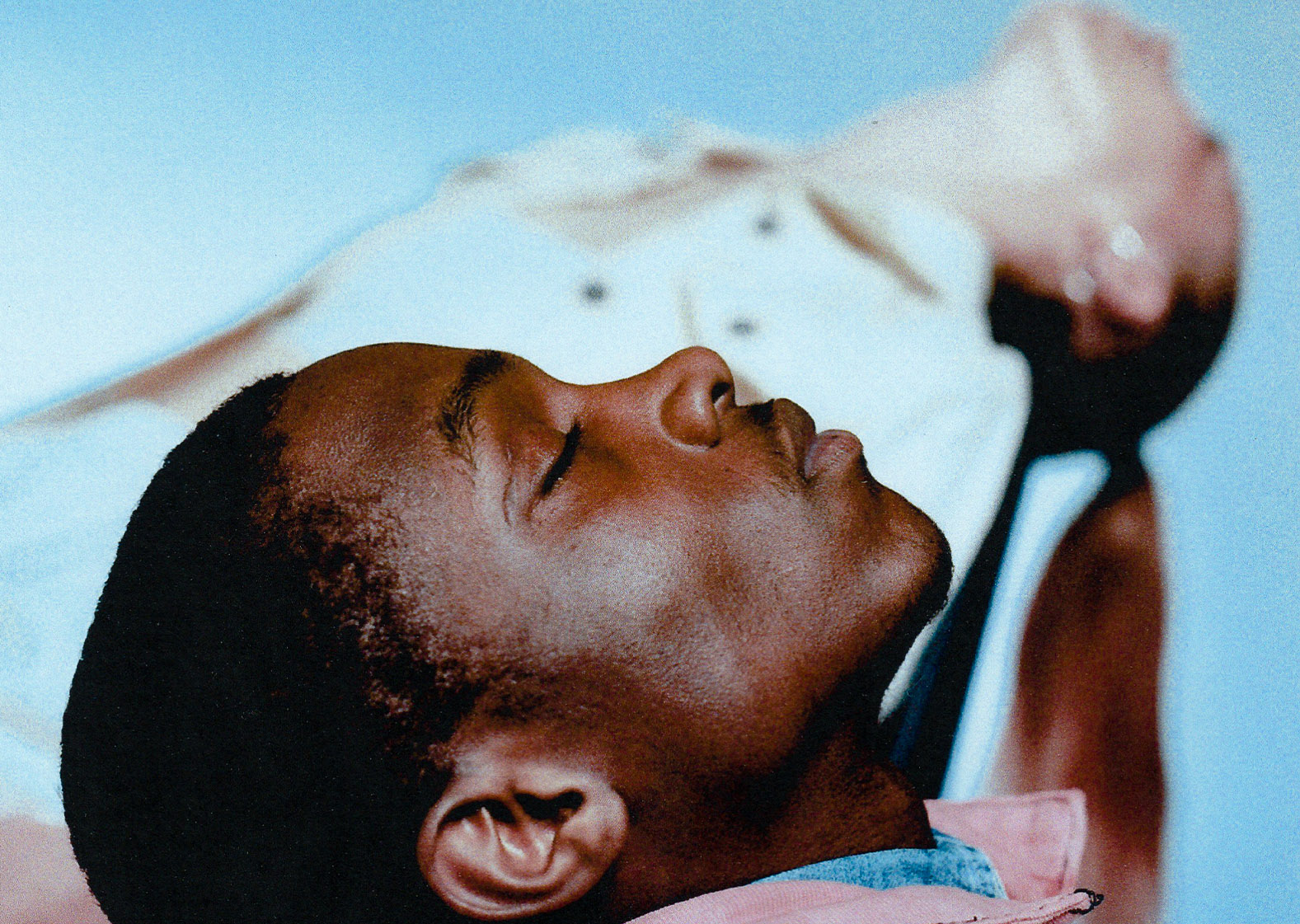 DIXSY had a chat with the incredibly talented and up coming photographer - Joe Puxley. Educated at the BRIT School, Joe's career is just getting started. He has not only been featured in Vogue Italia but also won a prize in the prestigious Life Framer award for one of this years competition, he is only 18. Read below to find out more about Joe, his inspiration and future plans.

Can you tell us a bit about yourself?

My name’s Joe, I’m 18 and live in a town near Brighton. I am really passionate about photography and filmmaking which I’ve been doing since 2016.

What got you into photography and film?

When I was younger, I travelled to Australia to visit some family, including my great uncle who was an animator. I saw his studio with all of his cameras, and learnt about his process. I remember being really excited by the idea of creating anything you can imagine through photography and film. I started making films on my phone with my friends, editing them in iMovie and doing photography on my phone. Then I got my first camera when I was 15 and began taking photos as well as shooting films. Buying my first camera began my love for the technical challenges in photography and film - I really enjoyed experimenting with ways of creating high quality images on a budget, which led me to starting an Instagram account about equipment, though now I would say I'm a lot more focused on what's going on in front of the camera.

What is your all-time favourite camera?

That’s a really difficult question because it is so relevant to the images you are making. I guess the most pretentious but true answer, is the camera that you have with you or the one which is most appropriate to the project. I think the variation of aesthetics that different cameras can provide can be used as a narrative tool, for example a disposable camera can give a candid feel to an image, and an ultra-wide lens will make the photo feel uneasy.  I think my favourite camera at the moment is my 80s film camera, called a Bronica ETRS.

Who is your favourite photographer?

At the moment I'm really interested in understanding some of the icons of photography, and I think my favourite is Steven Meisel - a 90s fashion photographer. I found his work when researching some of the early Calvin Klein campaigns. I think Meisel's work is a really interesting reflection of the fashion industry in the 90s. His photography often features quite dark narratives, like people dying or heroin addicts, and I'm fascinated by the dramatic irony of 'making it fashion'. I think there's some humour in that.

You were featured in Vogue Italia, how did this come about?

I entered a competition where every week the editors go through the entries and pick out the best photos. I saw it on someone else’s Instagram - another photographer and I just thought it would be the most insane thing to be featured in. I entered a couple of images, waited a week - didn’t get any emails or anything, and I was just on their website and my picture was there, it was crazy!

How would you describe your photographic style?

I would say my photography is quite dreamlike and sometimes fantastical, with a lot of my inspiration coming from teen experiences. Like most young people, I think I'm trying to understand who I am, and going to be, and there's a vulnerability in that which I really want to capture in my photos.

What would be your dream commission?

I feel like the answer to that is always changing but at the moment I’m really enjoying music by the British artist NAO. I saw her live 2 years ago and over the past couple weeks, I’ve been nostalgically listening to all of her albums and EP’s all over again. I think my dream commission would be to photograph a brilliant artist like her.

Could you give me your top 5 tracks?

That's a really tough one, I think the answer is also always changing but at this moment...

You went to the BRIT school, tell me a bit about your experience?

I applied to BRIT in Year 11 in 2018, before that I had been at a regular state school, which wasn't the best time in my life as I'm very dyslexic and found Maths and English quite challenging. Like most secondary schools, it felt like my value as a student depended on how academically successful I was. BRIT is almost the exact opposite of this, as they look to focus on and help you develop your artistic abilities as much as possible, so I was really ecstatic to find out I got in! I've just graduated (during quarantine), and I think I'm only just beginning to understand how grateful I am for that experience, they really were the best two years. It was such an incredible opportunity for me to be surrounded by so many driven people, who shared the same interests, especially coming from the countryside where they're not many people with the same passions and ambitions as me.

One film that you think everyone should watch.

If I'm honest I don't actually watch a lot of films, but I am really obsessed with music videos. There's a director called Matilda Finn, who is a British director and she’s a huge inspiration to me. Her level of artistry is what I aspire to be like, she does these insane dark, dreamy videos. I would recommend watching the video for a track called Endless by Obongjayar.

Can you tell us about your latest project?

I initially came up with the concept for the shoot in November during a long car journey. It was meant to be my final project at BRIT (before corona), and it was supposed to be a photography series, consisting of four parts that had a running narrative with main characters. I wanted to present a day in the life of some teenagers in the style of the Italian painter, Caravaggio. In March I shot the first part of the series which was two weeks before lockdown, so I never got to finish it. But it definitely forced me to think a lot about the narratives behind my photos. The actual shoot was also really fun, there were over twenty models!

Why were you influenced by Caravaggio? And how did you go about choosing the artist?

I'm not sure when I first heard of him, probably during a GCSE art lesson. The reason I love his work relates back to the very dramatic 90s photos by Steven Meisel. In his paintings, people are being stabbed in the chest with swords, and babies are dying, and |I thought it would be almost humorous to explore that ironically with modern-day teenagers. One of my favourite photos is a girl passed out on a sofa, inspired by a Caravaggio painting of a dead angel.

What do you look for in terms of concept?

I think of narrative and mood I want to create and think about what characters and setting will best convey them. Then, off that I work out the other elements of the shoot. Recently, I've been trying to put equal effort into every element of the process. Sometimes, if I find a great location, I find it easy to feel like the shoot is sorted, but at the moment I’m trying to push myself as much as I possibly can to develop every area of production.

How do you go about realising your ideas?

I always start with a basic concept, then the location, model, technical aspects seem to follow naturally. I usually create a folder on my phone which has photos of the location or screenshots of styling looks from Instagram as inspiration or different technical ideas. Then I do lots of tests and basically try and be the most organised I can, because I feel like when you really have your shit together on the day, you can focus a lot more on the emotions and narrative instead of the technical issues you might have.

What are your future plans?

To be honest I'm not sure! I’m not planning on studying next year - I’ve just graduated from college. I’m hoping to keep working on my photography and finding my creative identity, and really looking forward to being able to work commercially now that I'm out of full time education. 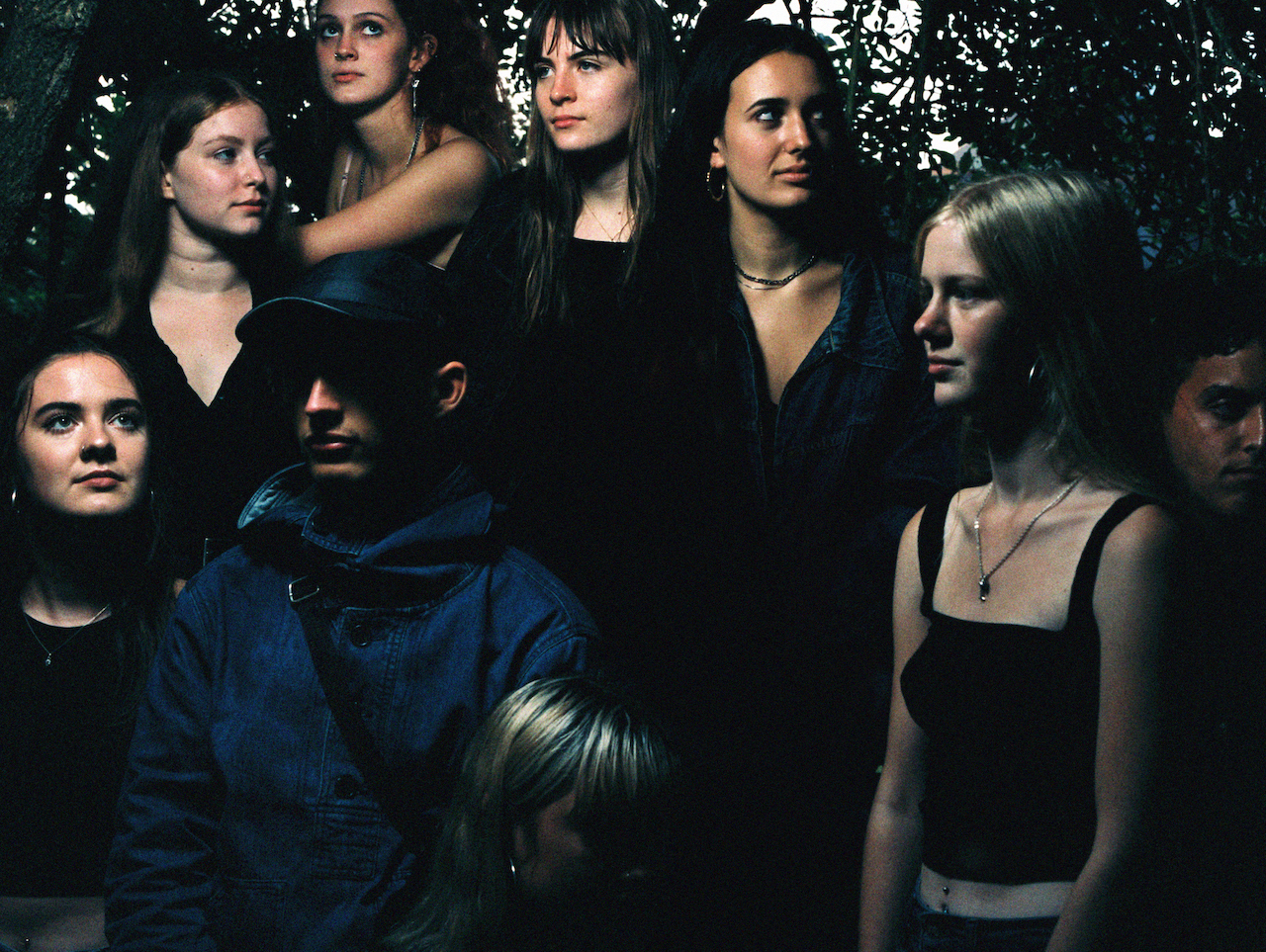 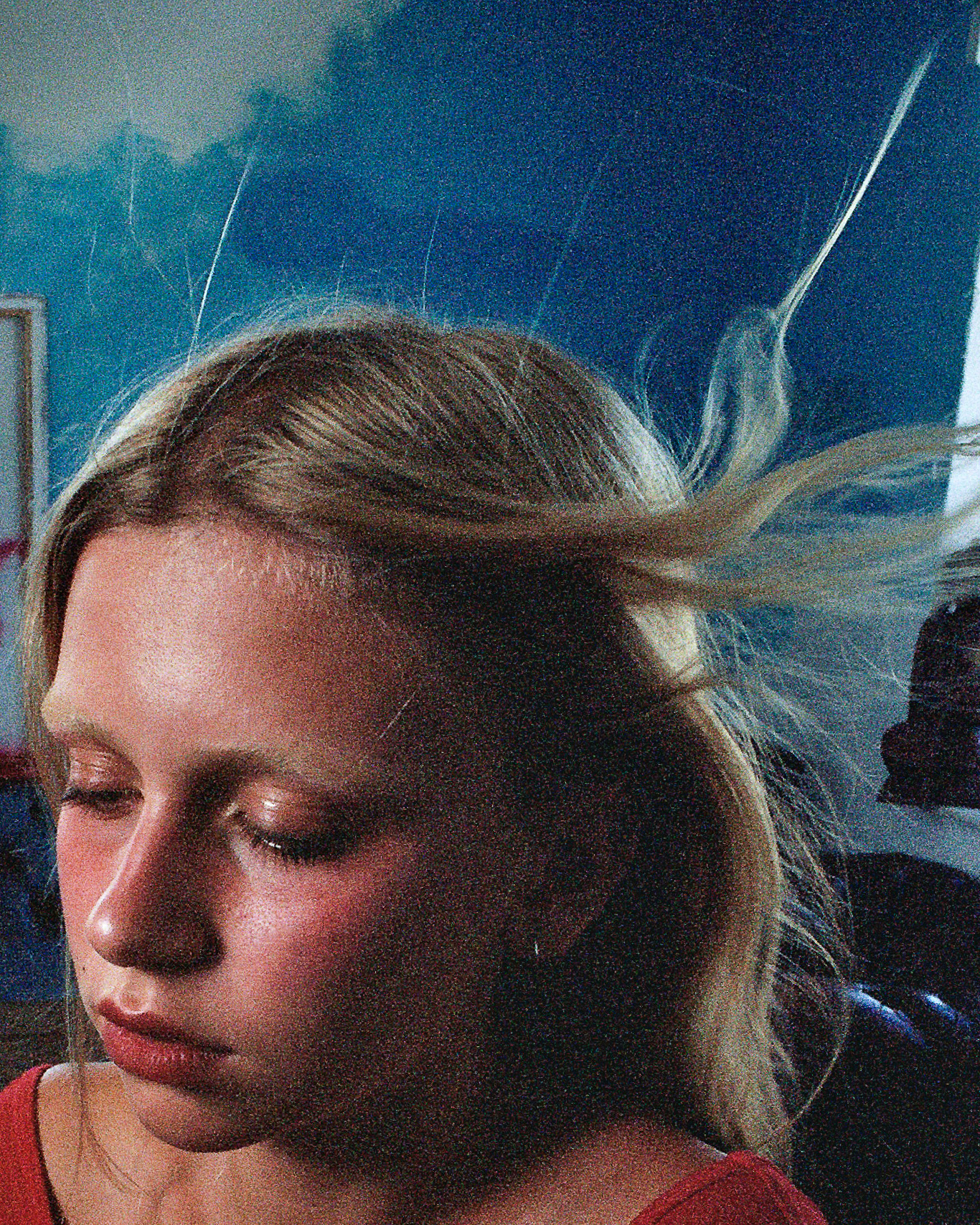 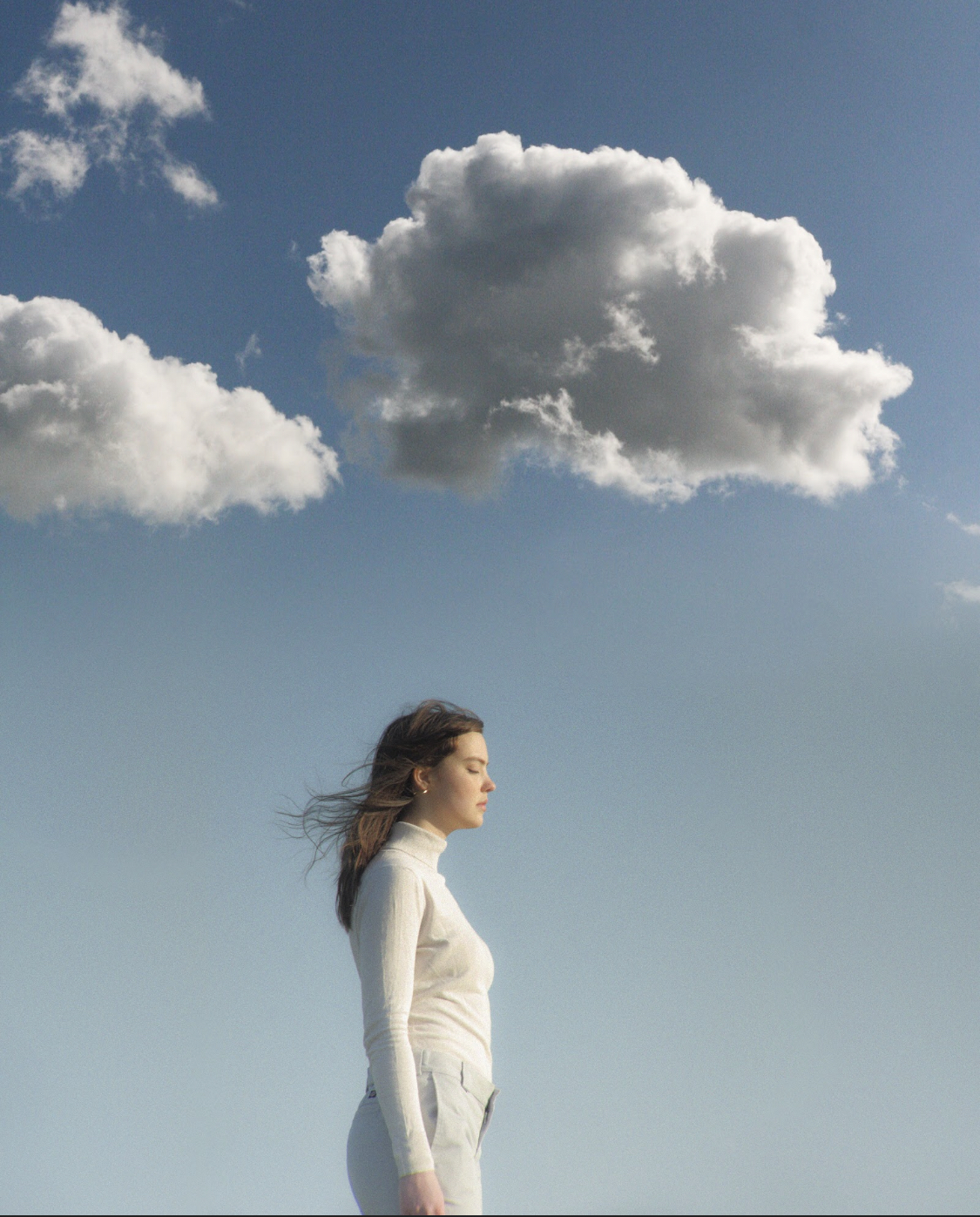 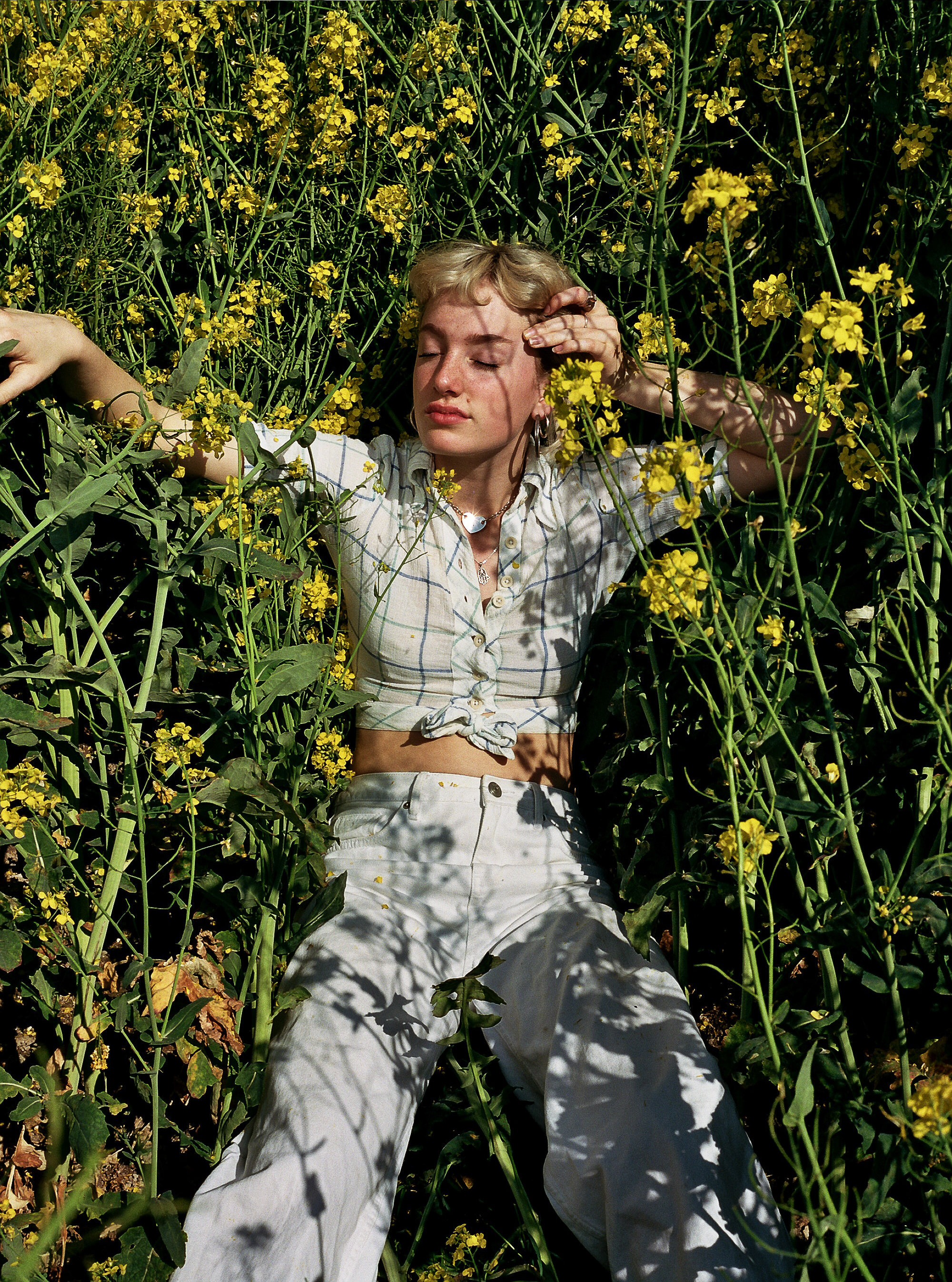 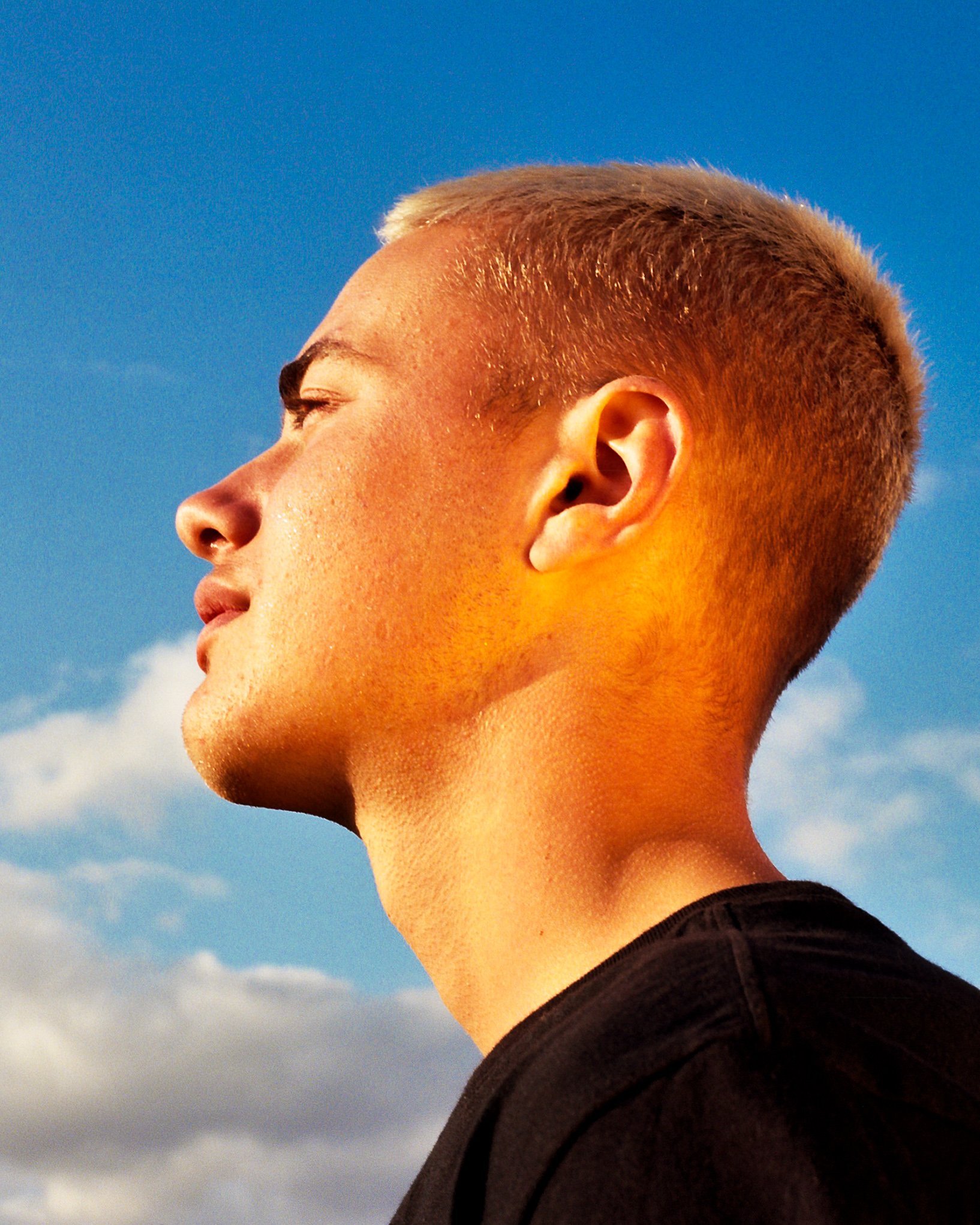 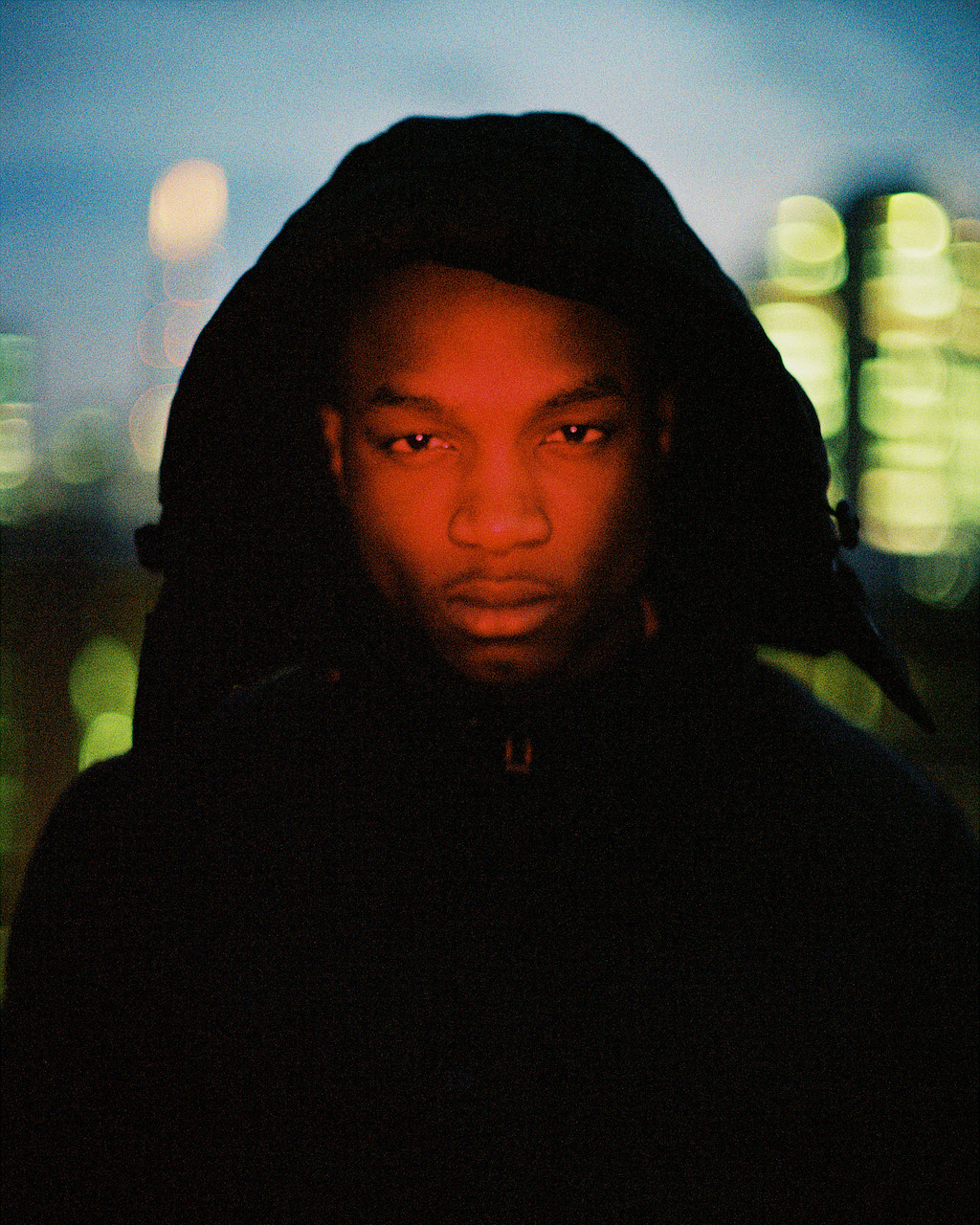 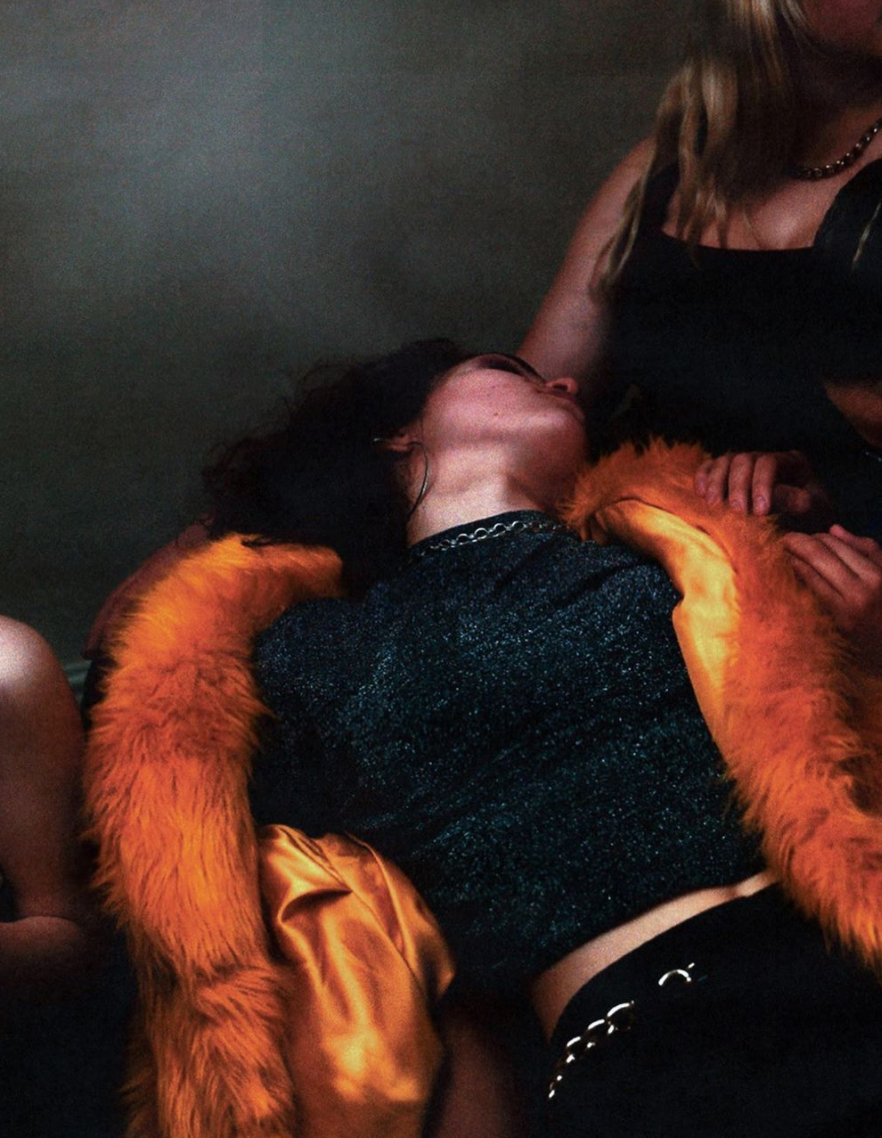