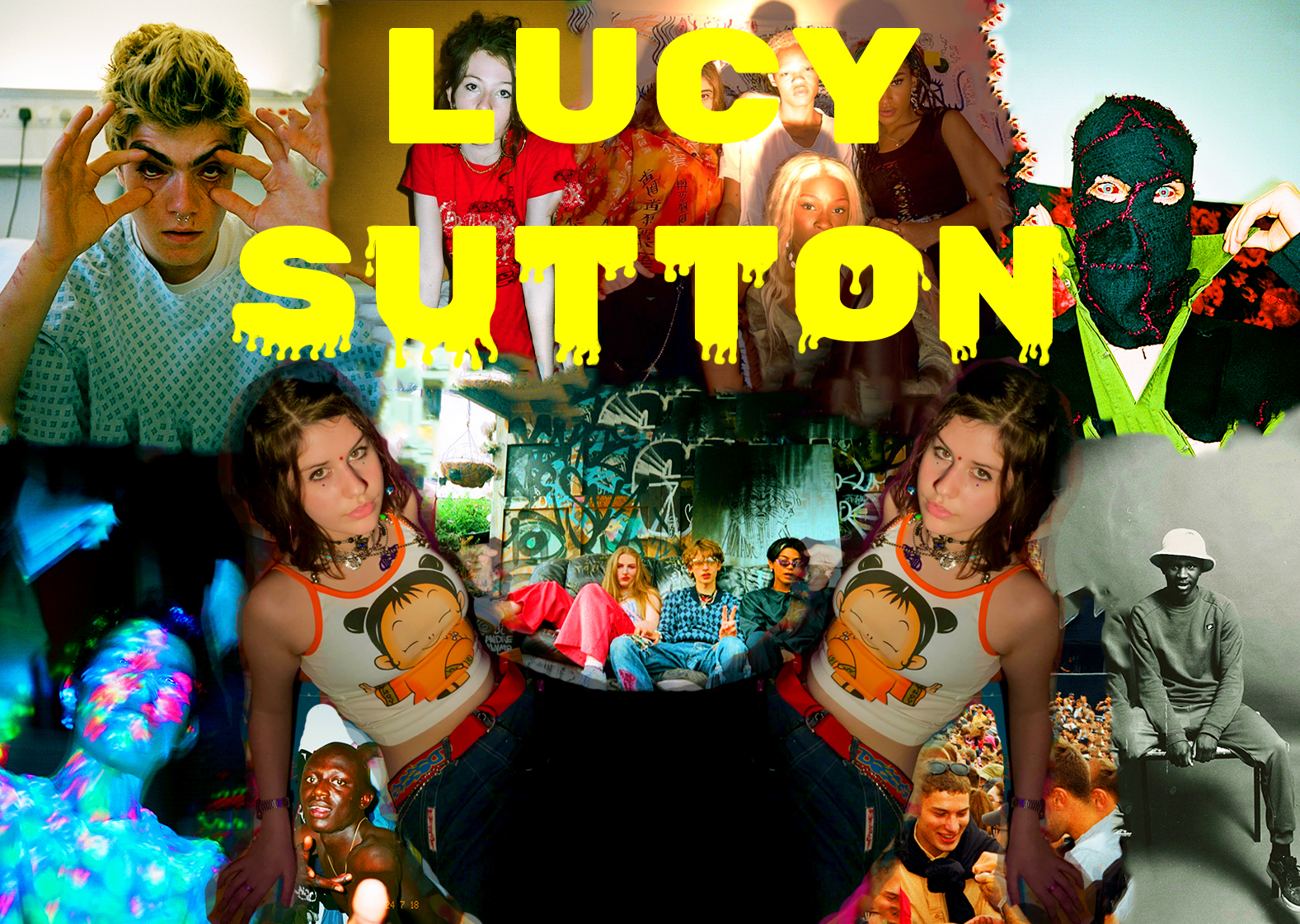 DIXSY had a chat with Lucy Sutton - one of the most interesting and talented photographers of our generation. Influenced by the likes of Nan Goldin and Martin Parr, Lucy's work explores what it means to be a teenager and youth growing up in 21st Century Britain. Whilst Lucy is not photographing, she is heavily involved with climate activism - you may have seen her perform her spoken word poetry at a protest! To find more out about Lucy, her plans, inspirations and much more - keep reading!

Do you mind telling us a bit about yourself?

I’m Lucy, 19 years old. I do a bit of photography, spoken word and climate activism.

‍
Are you at uni?

I’ve just finished re-doing a year of A-levels and will hopefully study Anthropology at Sussex Uni.

What are your future career plans?

Career is such a difficult one for me because I’m so unsure of what the future holds. I don’t know where is best to put my energy right now... I sell stuff on Depop for money and that’s actually been really good to me. In terms of a career though... I haven’t been so focused on building that yet. I’m sure it will form naturally. Going to study Anthropology might help me along the way. With photography being so interlinked with the subject there are both academic and creative elements, which should hopefully give me the academic language I need to properly express my thoughts on the state of the world, without limiting my creativity within that. In terms of career though, I have absolutely no idea where it’s going to go but the world has been very kind with the opportunities it has given me, so I don’t feel too stressed about it.

‍You mention how the world’s been kind to you can you explain?

Throughout my whole life I’ve been really blessed to try out loads of amazing things. It started off with Debate Mate in secondary school - that really helped me learn how to articulate myself and perceive the world and interact with people. I then did Student Voice which worked for a more democratic way of schooling. I moved on with Extinction Rebellion and have had many amazing opportunities working with XR - I was in I-D magazine and Dazed with my poetry. I also hosted my own exhibition, YOUTHFORUM in collaboration with the youth culture archive YOUTHCLUB. So many things have come my way and I feel very blessed.

Your photos often deal with the subject of Youth, can you tell us about that?

The whole reason my photography started was because I wanted to do an investigation into 21st Century Youth Culture; I felt like the way the 21st Century references culture is so different to what we’ve seen in the past. When I started looking into it, the way youth culture used to be defined was through specific fashion, music and political ideas which would usually mould into one culture that would be around one type of shop, street or area.

In the 21st Century, it's completely different a) because of the web and b) because we have all this history to reference. A lot of peoples’ clothes are quite 90s, we have a lot of rave culture and skin head references... funnily enough the only ‘authentic’ 21st century scene I found was the Punk scene, which is very much still alive and kicking. But it seemed almost everywhere else, a discordant note was being struck - there didn’t seem to be any shared political or even musical ideas. To me it seemed clear this baselessness was caused by the disposable nature of the internet and the resources we find there. Music is so impermanent with platforms like Spotify meaning rather than buying one album and listening to it for a week, instead we can change what we’re listening to virtually every second. Similarly with the fast fashion industry we can change our styles nearly as fast.

But then I started going to the Youth Strikes and it hit me ‘Here it is, this is 21st Century Youth Culture.’ It was where it all opened up for me because finally I saw something that united everyone from Roadmen to indie kids to e-girls. Everyone was there.... it was the political unification that I had really been looking for.

But still to this day, the way 21st Century youth culture is articulated is still weird and I’m still trying to capture that unique experience. Because like it or not, it’s going to be important to be able to look back at these times. We are currently living and breathing history.

If you had to define our youth, what movement would you call it?

I got called in for a test shoot at The Face Magazine and it was all about E-girls and what THEY thought our youth culture was. They specifically told us to wear striped sleeves and they got really confused between American ‘E-boys’ and London fashion subculture. Because of globalisation all our culture has become so blurred and baseless it’s actually incredibly hard to pinpoint or define. The point is, there isn’t that same sense of unity and shared values amongst people anymore. My mum says that when she was 17/18 her generation were all about having a good time, which is easy to unite over... But our generation are more politically engaged because we are living in fucking weird times. But due to the inherently divisive nature of politics that sense of unity is really hard to come by. So instead I think most people try to find ways of expressing themselves as individuals. I do think though, that allot of our voices get lost because we are putting so much energy into the online stuff. I really don’t see enough tangible work coming out of my generation, which is part of the reason I set up YOUTHFORUM.

What camera do you use?

Everyone’s going to laugh at me, I have a little point and shoot Pentax IQZoom 120MI film camera - it’s my baby, I love this camera. For digital my dad gave me a Nikon D90 because he’s a photographer. But people ask me all the time what camera I shoot with and it actually kinda annoys me because any point and shoot camera will do the job, it’s more about getting out there and finding the images more than anything else.

Which artists inspire you?

I love Nan Goldin! Her exhibition at the Tate was shown the way she started showing her work at the beginning of her career - some prints outside but then inside, a huge projection with some major 80s jams playing over the top. The vibe of her photography is the closest I’ve found to mine because of the intimacy and nonchalance of it. It was just capturing her life, what she was doing and her having fun. I also love Martin Parr, even though he’s controversial, I don’t rate his perpetuation of stereotype or his manor of almost looking down on people but I must say I find his work simply visually stunning. I also love Gavin Watson. He's amazing, there are so many others but I’m shit with names! These are just the artists I’ve been looking at recently.

What’s one films that everyone should watch?

My most important film is Arcadia. I recommend it more than any other film in the whole entire world. If you can, please get your hands on it. It’s a BFI exclusive film, you can buy it on their website. It doesn’t have a overt storyline but it's archive footage of Britain and has a score composed by  Portishead and Goldfrapp - it encapsulates all my tenets of life!

Do you see yourself making an exhibition?

I’ve really enjoyed doing the YOUTHFORUM exhibition, it’s been one of my favourite experiences. The one we did last year was so much fun to host and was such a positive experience. However, whether or not it’s [an exhibition of Lucy’s work] something we need, I’m not sure. My main goal is to inspire people to get creating and go do their own stuff. The way I see it, is that all of my creative work is linked to my activism. I’m here because I’m terrified. I want people to wake up. At the end of the day, the time of politicians on pedestals has come to an end and the only way people are actually going to wake-up and re-gain their consciousness is if they connect emotionally with what someone is saying and the best way of doing that is through the arts. When someone sees a photograph, hears a poem or a piece of music their mind is awoken but more importantly the messages they hear are taken in themselves. It’s not like someone dictating and telling them - you need to think this, you need to say this, do that. They take those messages and internalise it as to what they make of those messages and I think that’s the most powerful way that we can get through to people. The young creatives are the future of tomorrow because we are the ones that can get through. We have a responsibility to be getting those messages and voices out there. That’s what my photography, my poetry, anything creative I do aims to encapsulate. 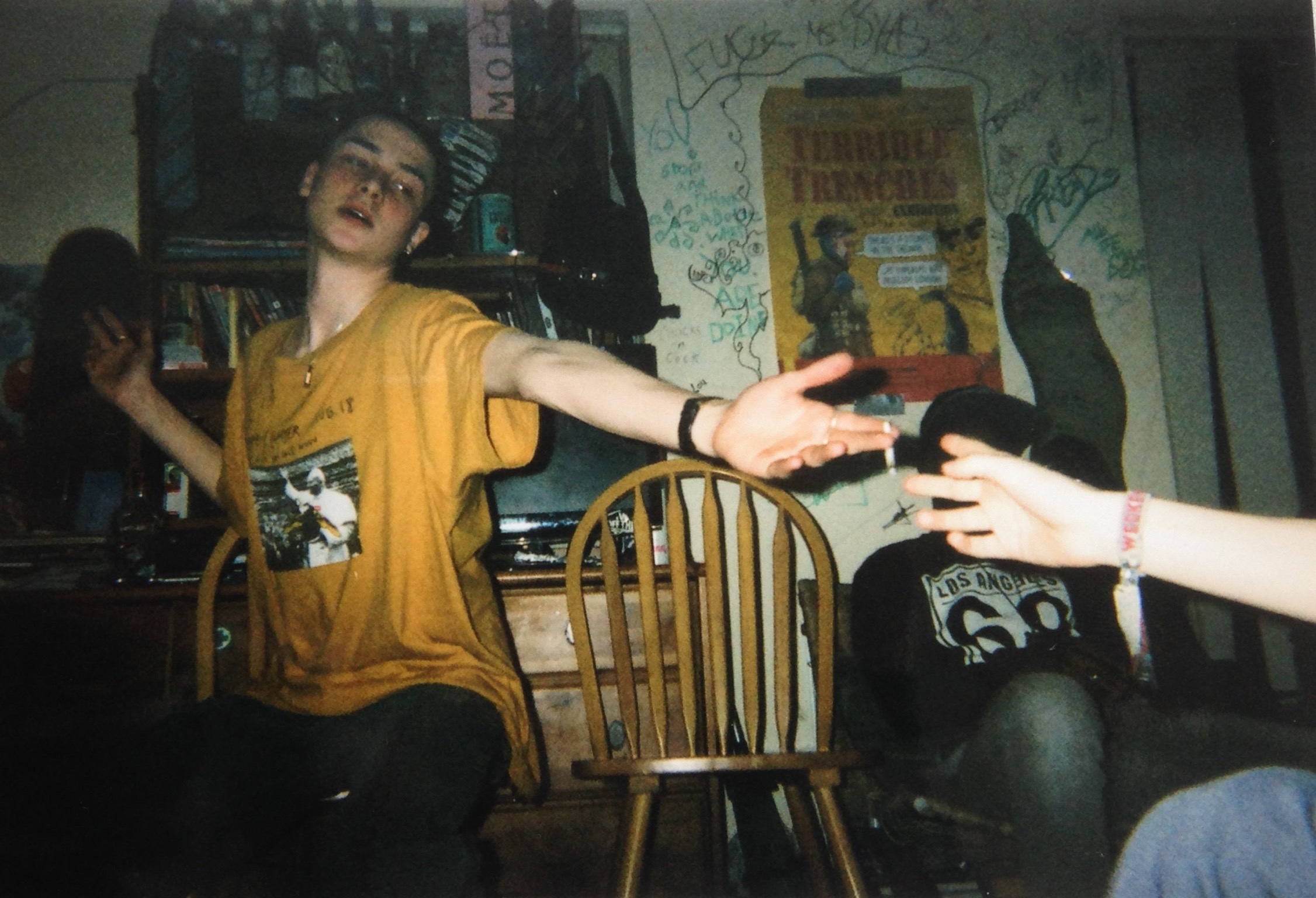 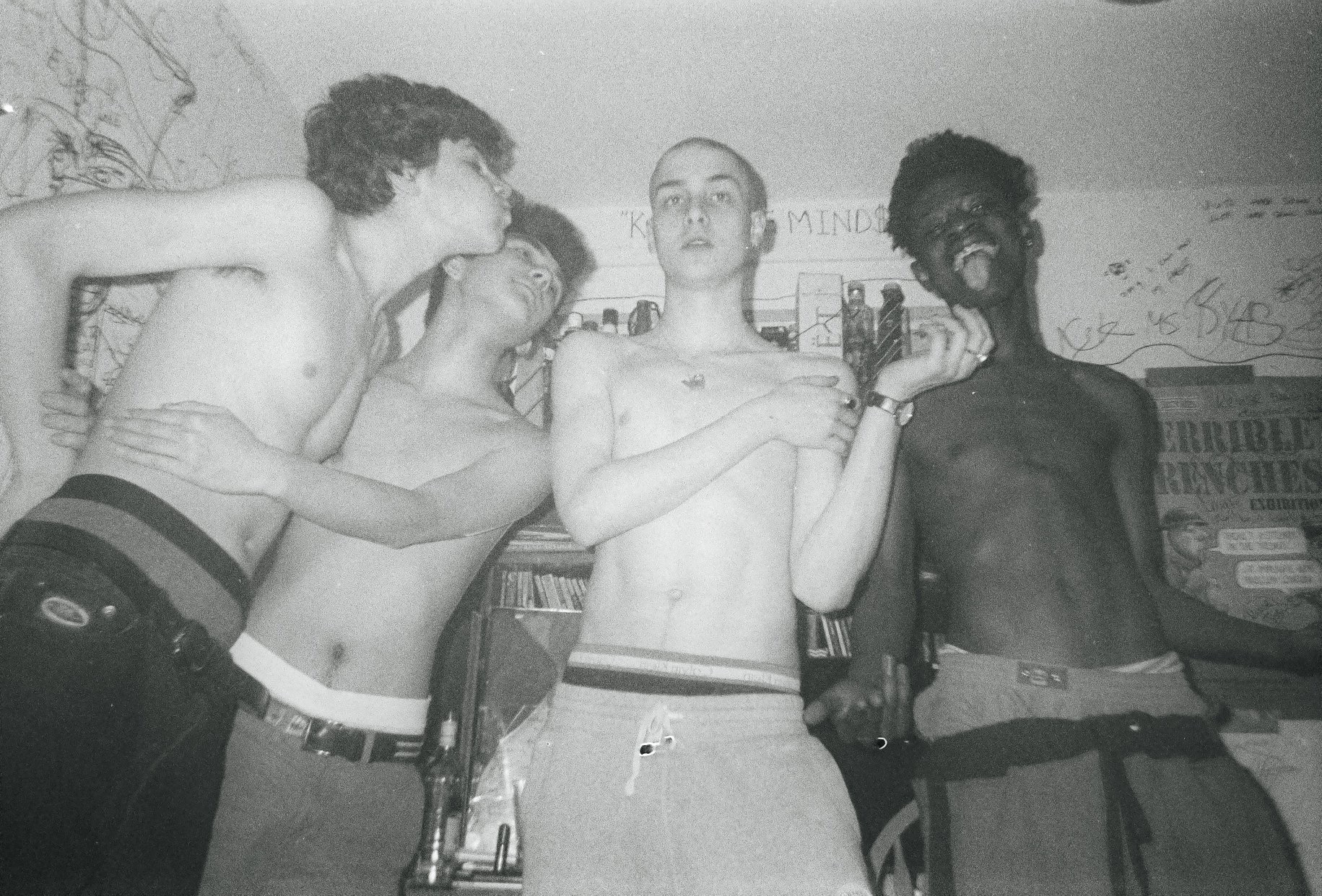 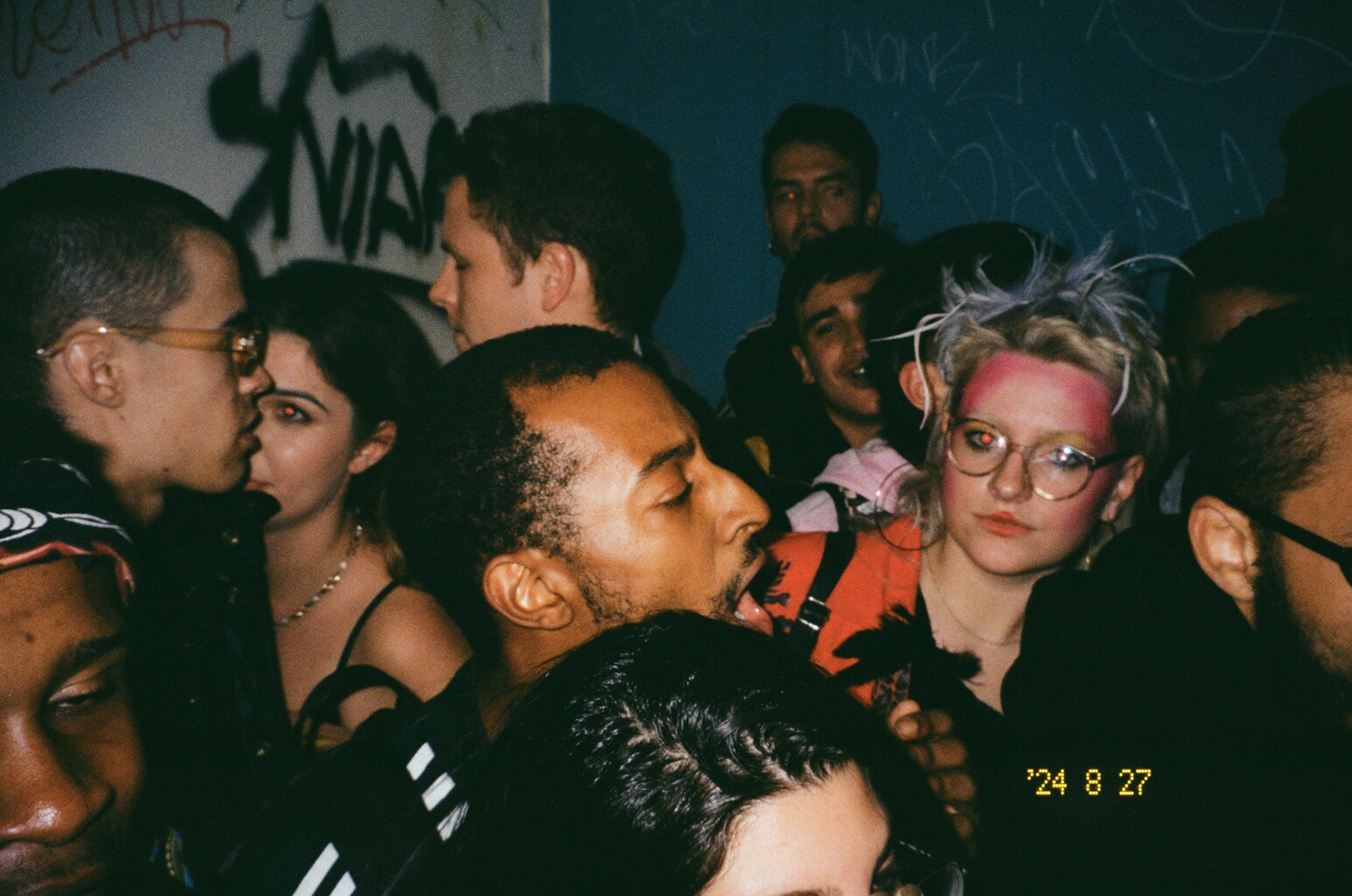 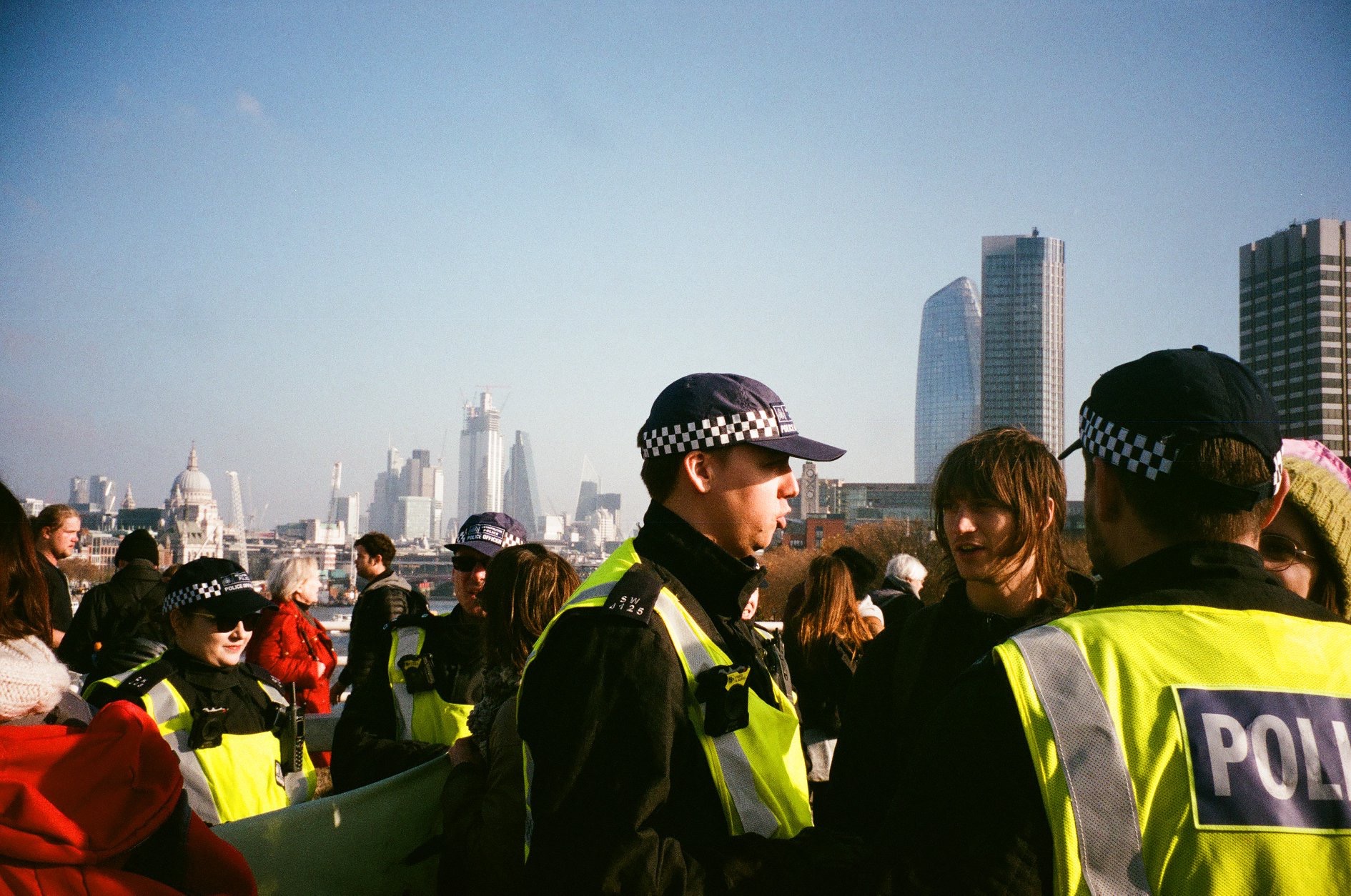 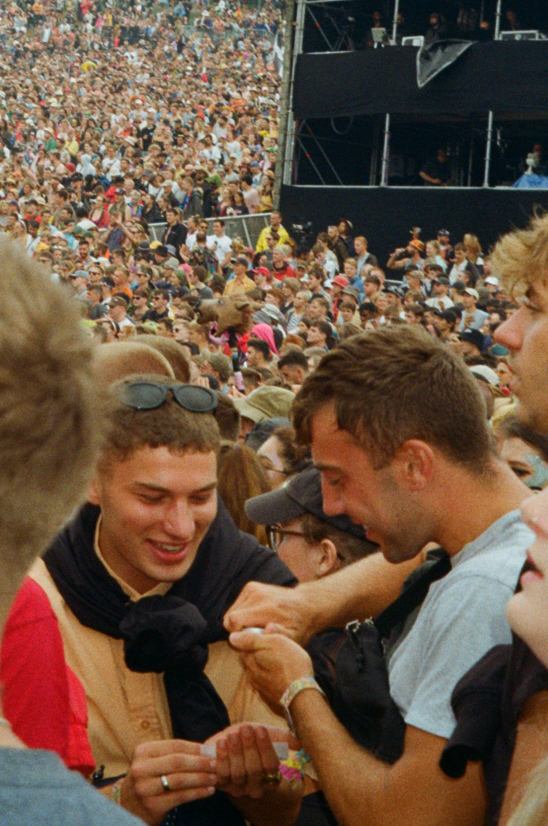 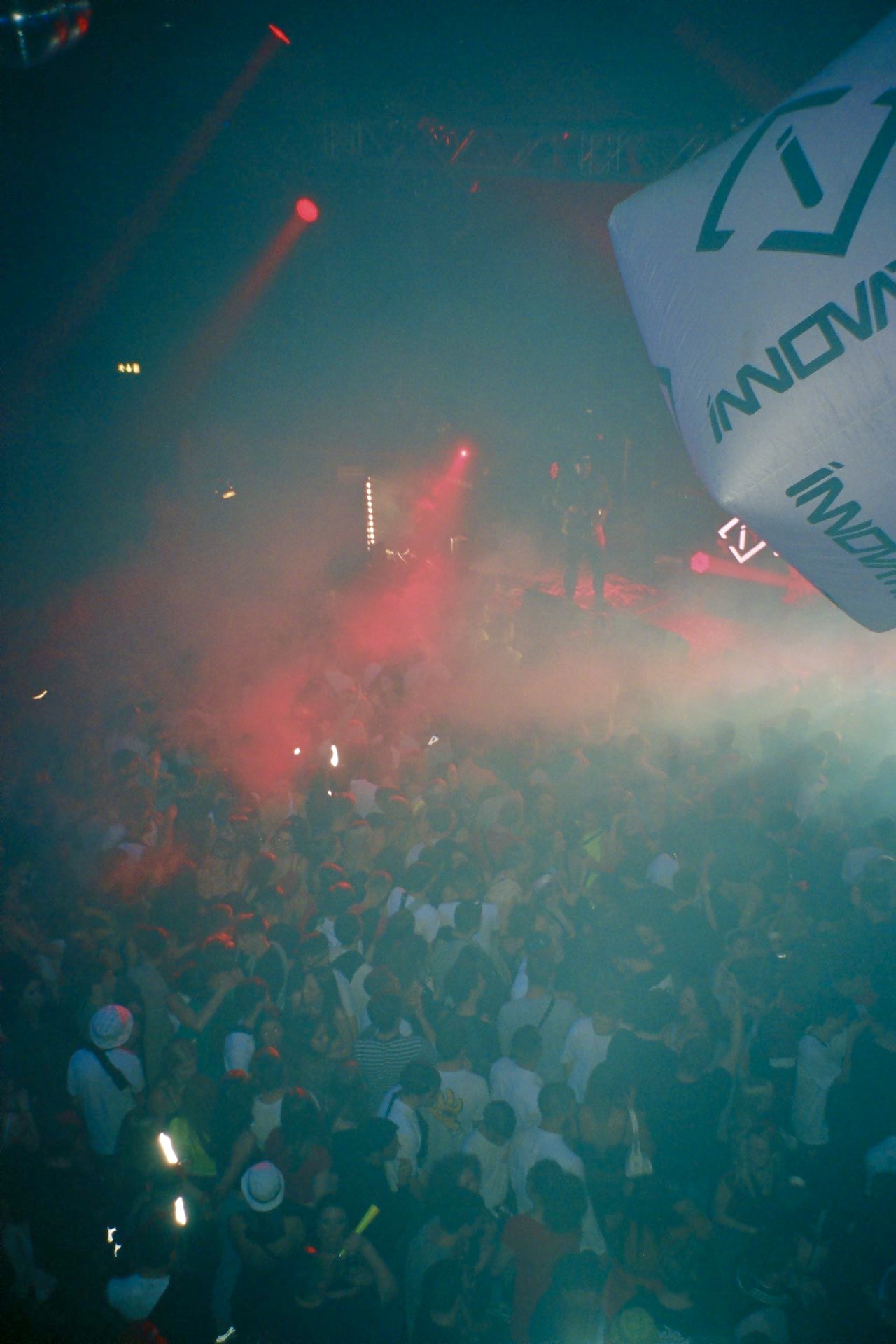 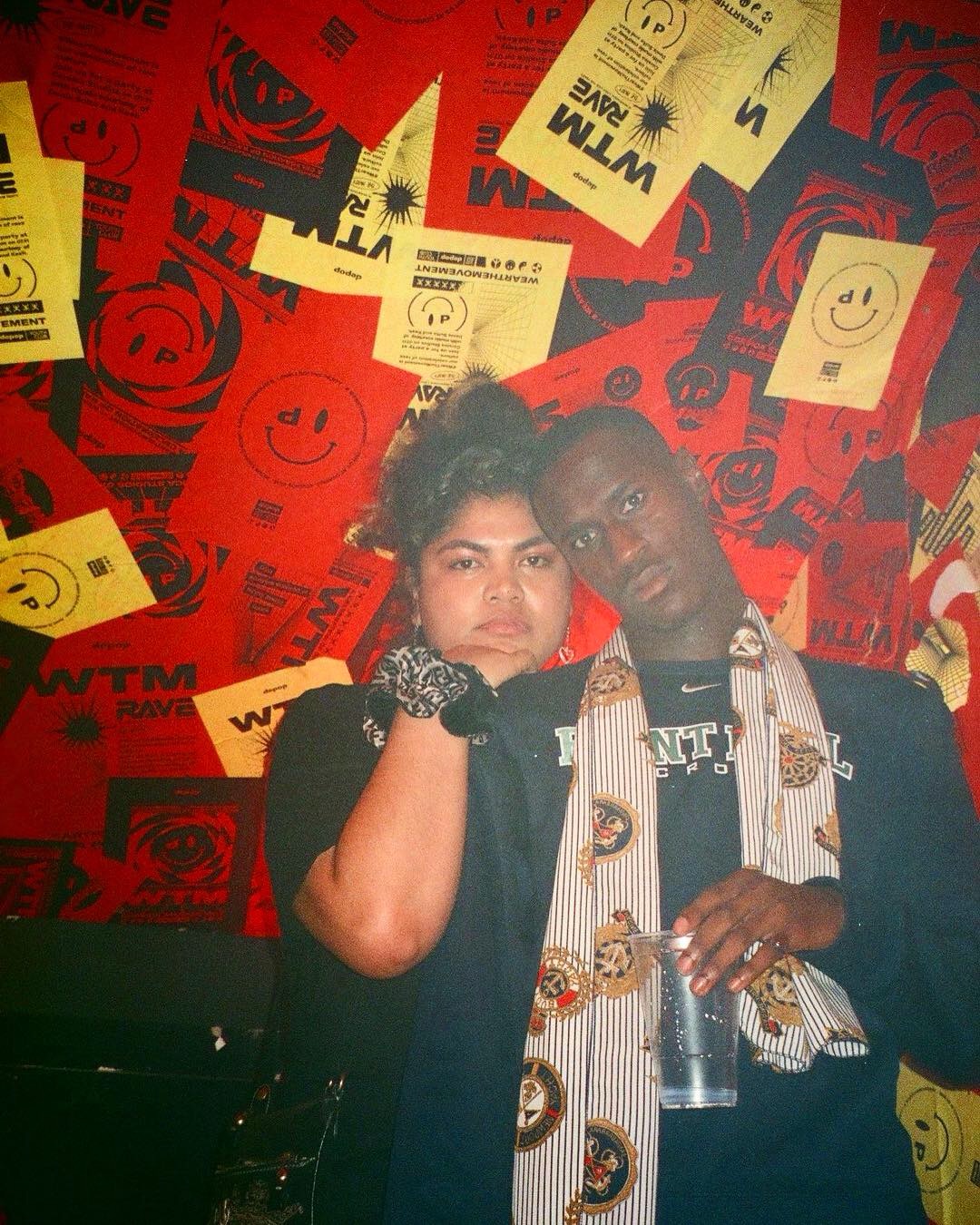 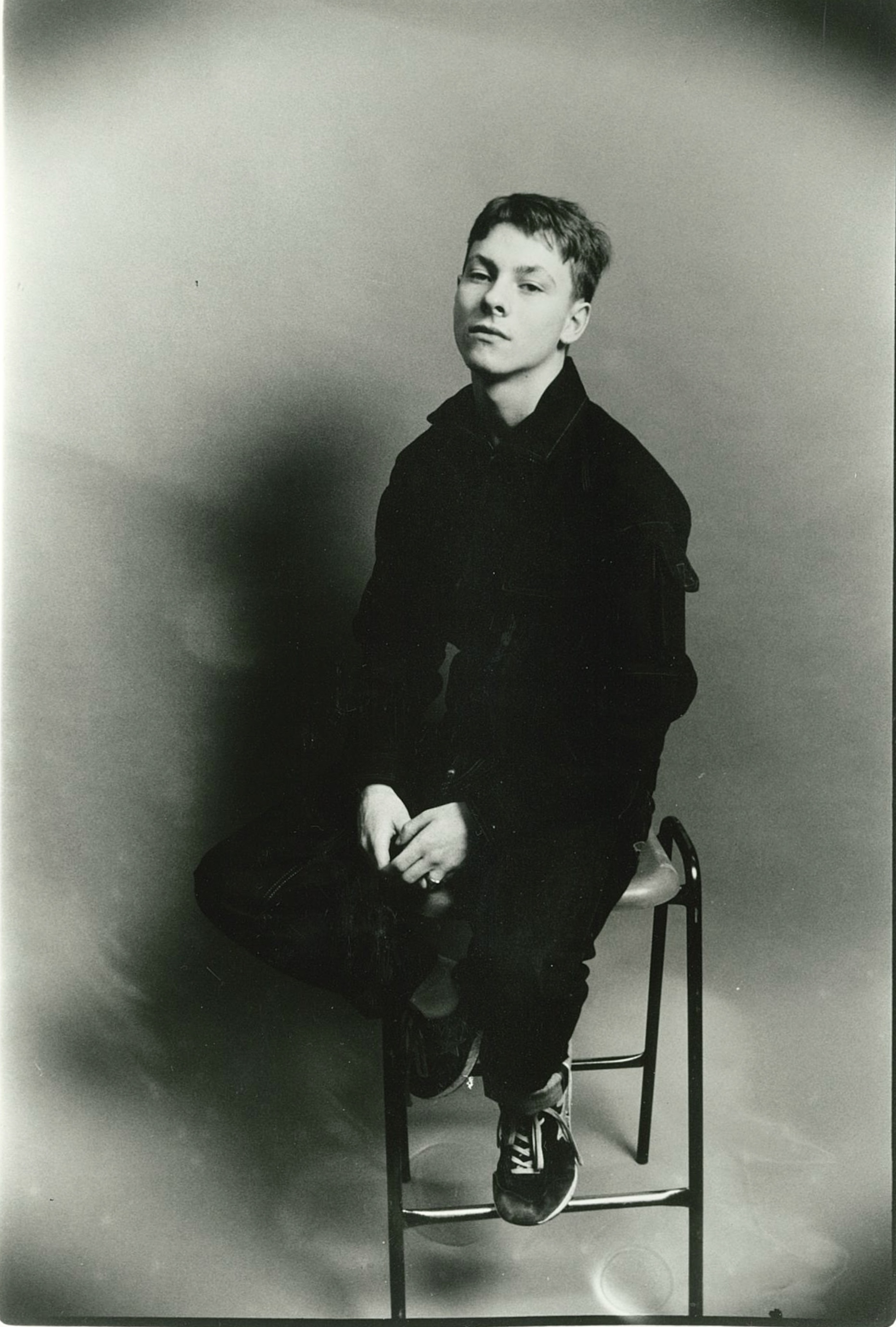 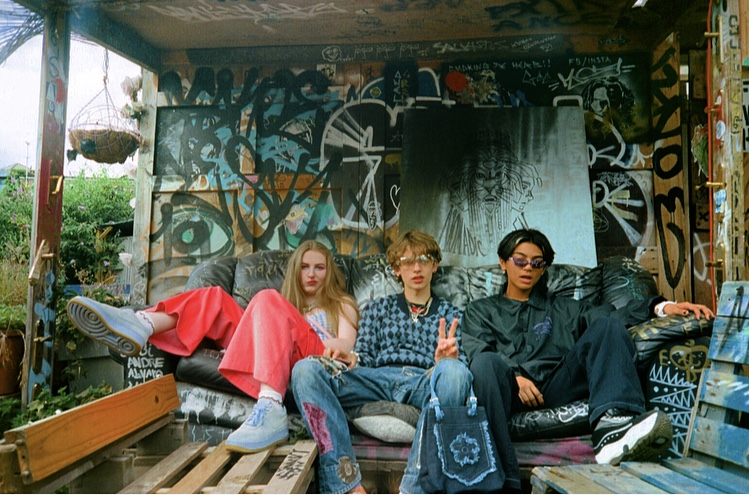 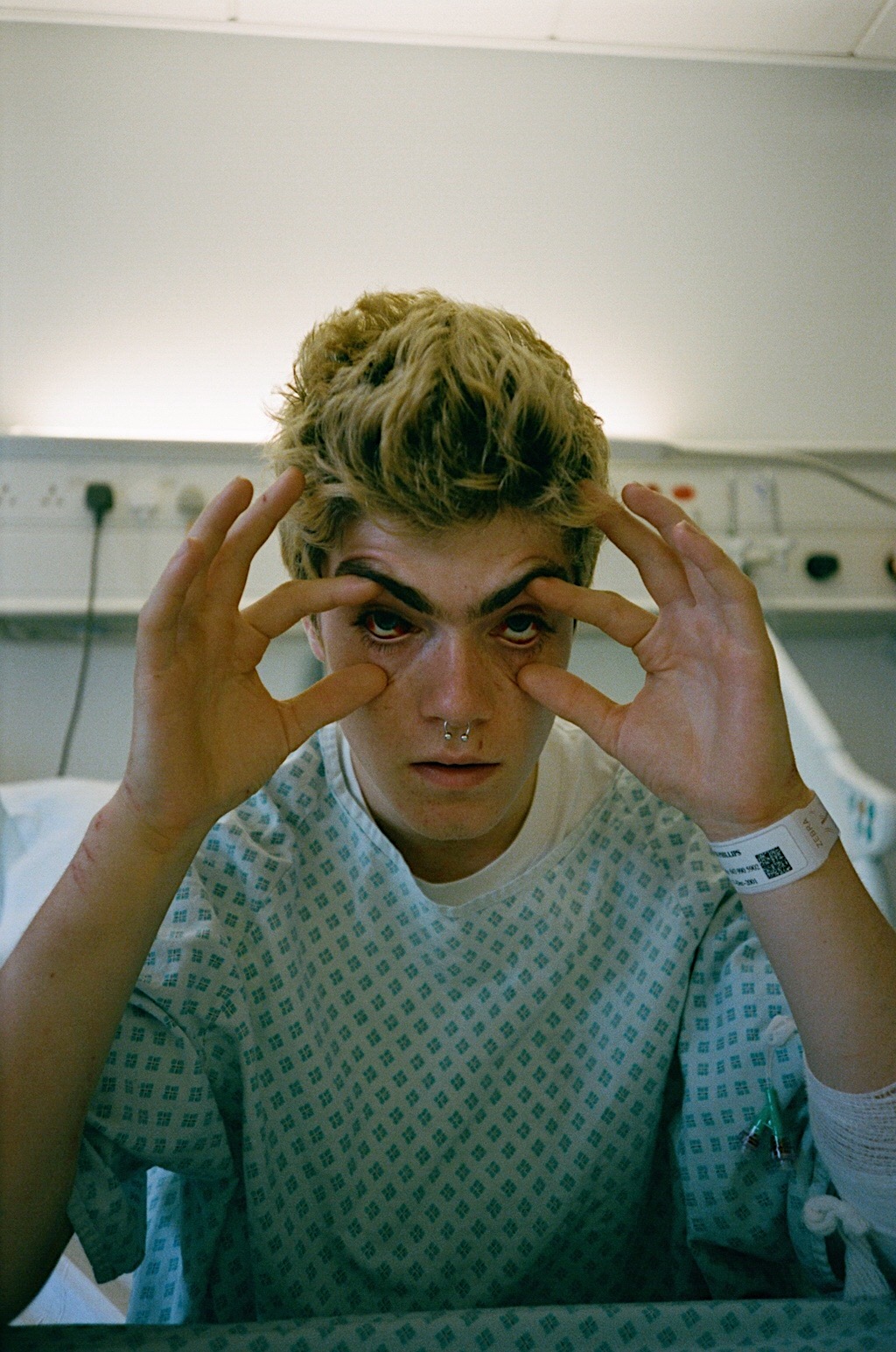 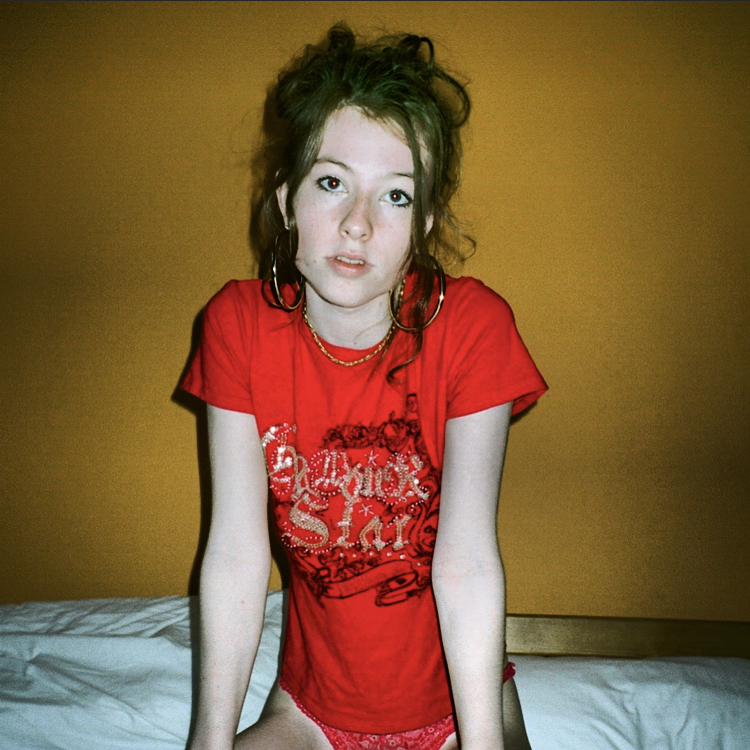 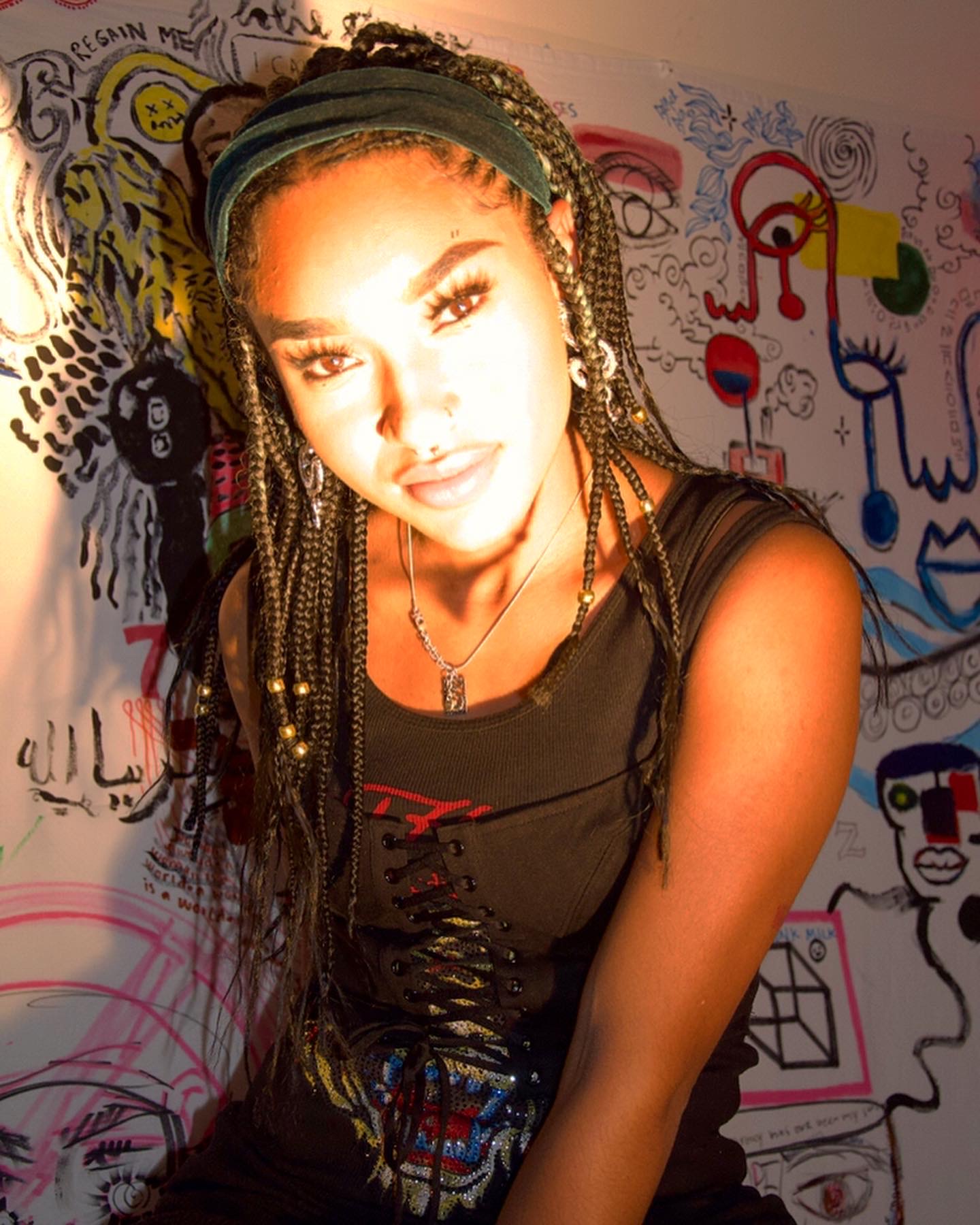 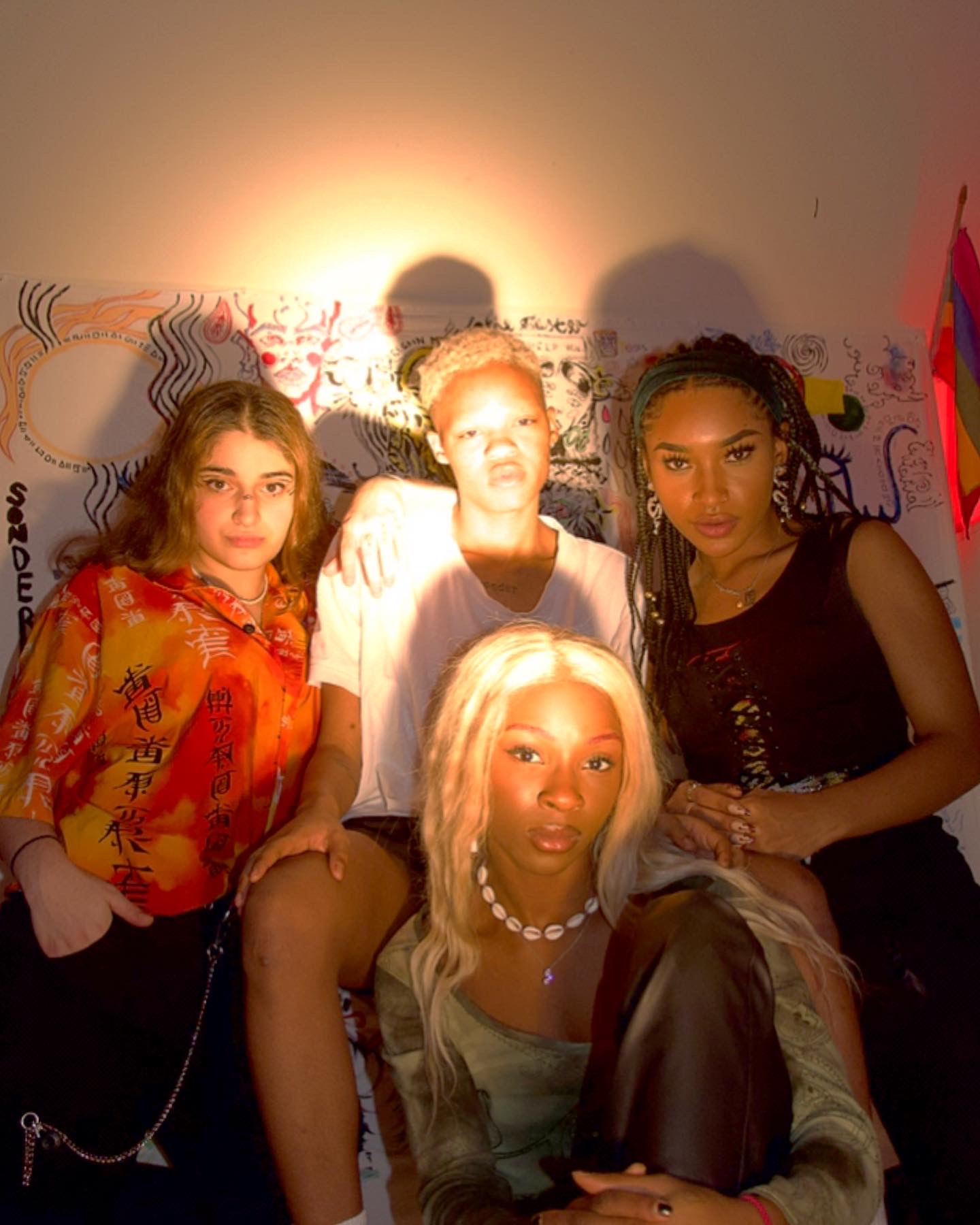