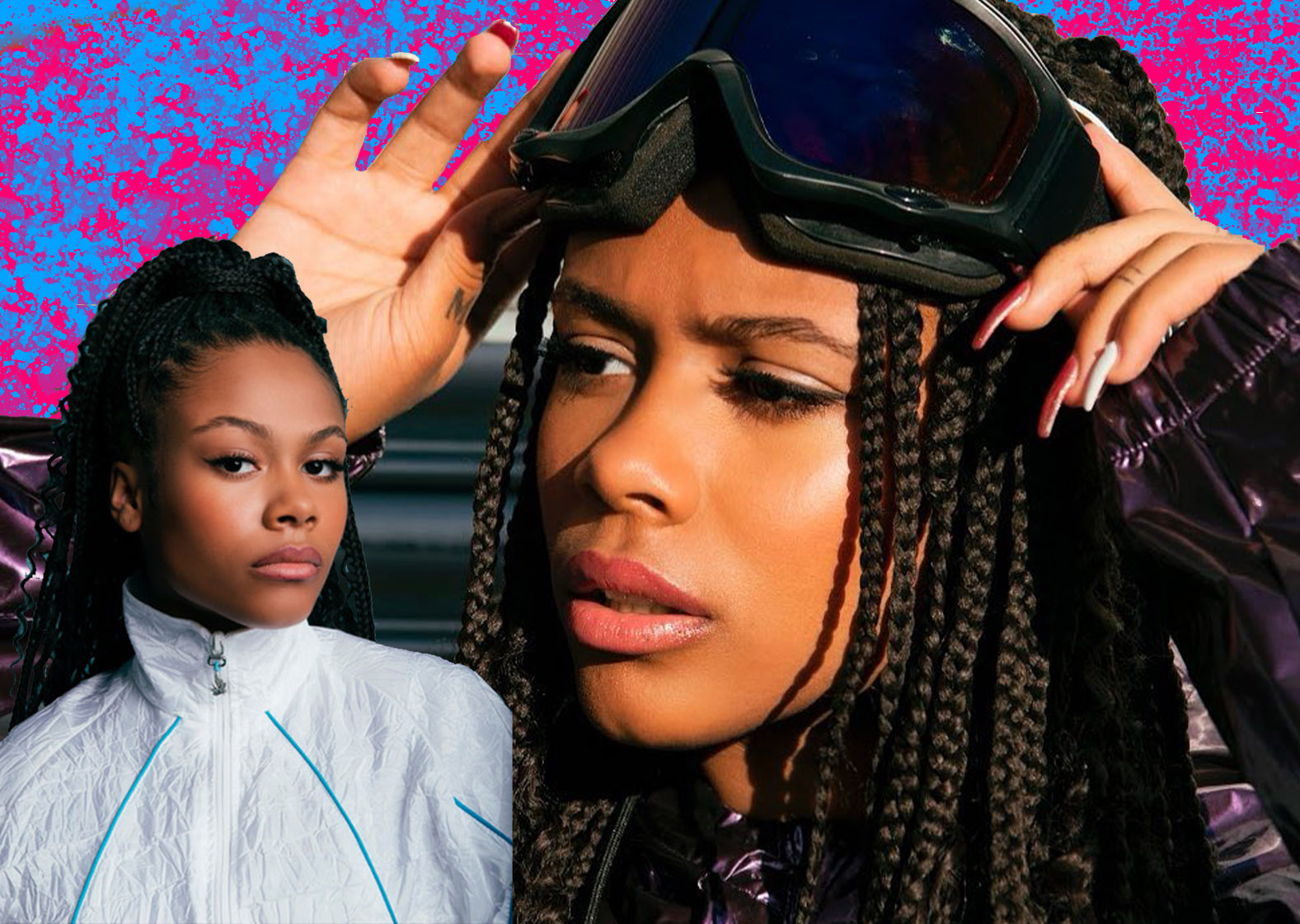 DIXSY had a chat with MORGAN - one of the most exciting names in R&B! Having just turned 20, Morgan has achieved an incredible amount for her age. Not only is she signed to Rudimental's record label Major Tom's (home to Anne Marie and Ella Henderson) and released a major track 'Mean That Much' with them and Preditah but she is fast becoming a big name in her own right. Read the interview below to find more out about Morgan, her journey and her future plans!

How have you been able to juggle school work with a career in music?

I finished my education early. I attempted to go to college, but I dropped out because I just felt like it wasn’t where I needed to be. I just wanted to do music every day, whilst I was doing music at college it wasn’t practical enough for me. Also, I wasn’t focusing on what I needed to be focusing on - instead of doing my coursework, I would be doing music. I want to say that I juggled it, but I didn’t really and just stick to my music. I don’t believe in focusing on your plan B.

Do you have any regrets not pursuing school?

No, I can’t promote dropping out of school because it’s not going to work for everyone. I know they say look at Bill Gates, Mark Zuckerberg etc they dropped out of school but that’s not always the way for everyone. I’m fortunate enough to have fallen straight into what I always wanted to do but I wouldn’t have got that if I hadn’t dropped out so I’m 50/50. But for me personally, it was the best thing I ever did.

Top 5 tracks of all time

How would you say being a mixed-race woman in the industry has been?

Personally, I’ve not had any problems in the industry. If anything, since my career began, black-culture has been at the forefront of the music business, so as an artist it's actually benefited me in some respect. I'm also signed to Rudimental's record label Major Toms which is the most diverse family environment - I've never ever had any feelings of oppression since starting my journey with them. They have allowed me to be the artist that I want and am trying to be - I'm extremely lucky because I know not everyone else has been as fortunate. That being said, the BLM movement has been incredibly important to me. I think what's going on is extremely powerful but I just want to make sure that this is a movement and not a moment and thankfully things are looking that way right now. That video of George Floyd & Ahmaud Arbrey had a profound effect on me - it was different because the police's actions were so blatant. My mum is white and my dad is black. Sometimes I think people get the impression that I'm anti-white because I am pro-black right now. But what I am really fighting for is every race that has suffered over the centuries and to this day. I will continue to do that including all the people of colour in the music industry that have been subjected to racism whether it's insidious or blatant.

You are signed to Major Toms - Rudimental’s label. Do you mind telling us how that came about?

When I first started using Instagram for music, I wanted to do something different, so I started doing these mashups. People started to react to it, I didn’t understand why because personally I didn't think they were that sick at the beginning, but people reacted, and I built followers. I did one mashup to a WSTRN song called ‘Txtin’ and that’s when things exploded. I had artists such as Stefflon Don, Alkaline etc commenting and sharing.

Then I covered a Rudimental song and DM’ed them pitching myself. I didn’t even know they had a label that developed the likes of Anne Marie. They messaged me back saying we’ll get you in the studio - we wanna hear you sing. Their single ‘Sun Come Up’ had just dropped so they were touring. I didn’t get a reply for a long time because they were touring but I chased them up again and they wanted me to audition. I did this audition, but I was really ill on the day, but I wasn’t going to loose out on the opportunity, so I sent a video in.

They got back to me and then I went to see them in the studio. What I liked about them was, unlike every other label, they didn’t want to hear finished music; they wanted to hear my voice. I had no idea a record deal was in the picture. They asked me to tour with them and then halfway through was when I signed with them. Touring was life-changing for me; I developed so much and it’s something I will forever be grateful for.

You made a sick tune ‘Mean That Much’ with Rudimental, can you tell us about that?

‘Mean that Much’ dropping was wicked. It was my first song every - a Rudimental track with a Preditah feature - you can’t get better then that! Rudimental had just had ‘These Days’ as Number 1 and Preditah had ‘On my Mind’ with Jorja Smith. So, it was two of the best producers and when it dropped, the streams just grew and grew - it did so well with now 6 million streams just on Spotify.

Can you describe what it’s like to perform on stage in-front of thousands of people?

I started getting use to performing in front of people but there were a few shows which we did in front of hundreds of thousands of people that were unreal. One time at a festival, the crowd was roaring, and my heart was pumping so hard - I’ve never felt an adrenaline like it. You can’t explain the feeling, it's unreal and gives you goosebumps when you’re on stage. I’ve cried on stage so many times thinking how the hell am I here?!

Do you have any rituals before performing?

Not really, I just make sure I’m wearing this necklace that my grandma gave me and told me to always wear. So, I wear it for good luck.

Is there anything exciting that you are working on?

I have an EP dropping later this year, I’m not going to say when but some people that I’ve written the songs with are BIG!!

You did a cover of Koffee’s Rapture on Live Lounge; can you tell us about the experience?

It was my first Live Lounge as an artist, it was scary because it was actually being broadcast live and I need to get it right. When you watch the video, my face is so straight because I’m focusing so much trying to get it right! I was told about a week before about the Koffee rap and the Patois is so strong. I attempted to learn it twice because it’s easy for me to speak Patois but learning a whole verse was something else. What’s more, I needed to get everything spot on to do the song justice. I was either going to run it or do it justice. Someone told me to fall asleep to the song, so I fell asleep to the song for three nights and picked it up easily! Koffee messaged me after which was WICKED said 'you done really well with this' and re-posted it!

What advice would you give to a young artist?

It’s about putting yourself out there. If I hadn’t put myself out there, I wouldn’t have got any recognition and I’m just at the very very start of my career. Don’t be scared, you need to do things that make you feel uncomfortable. Also, don’t worry about what’s going to happen e.g. what if I sing wrong, what if my notes are wrong. Rudimental told me - ‘No, just do it and if you make a mistake just learn from it and don’t do it again.’ 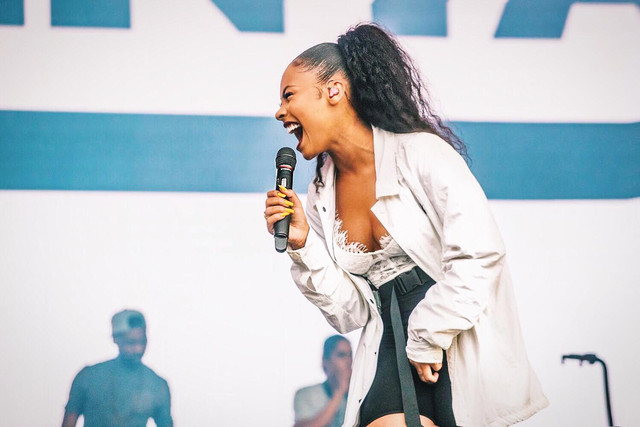 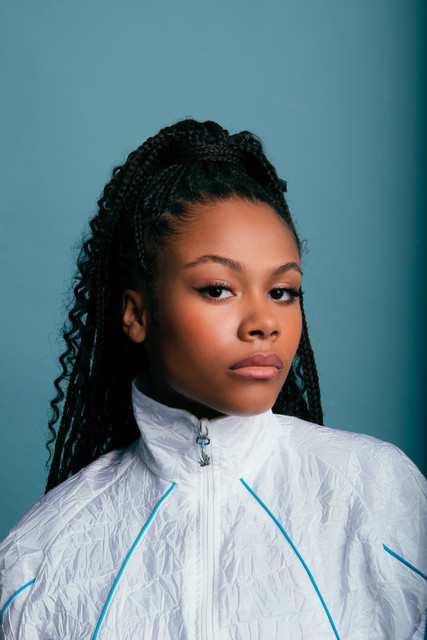 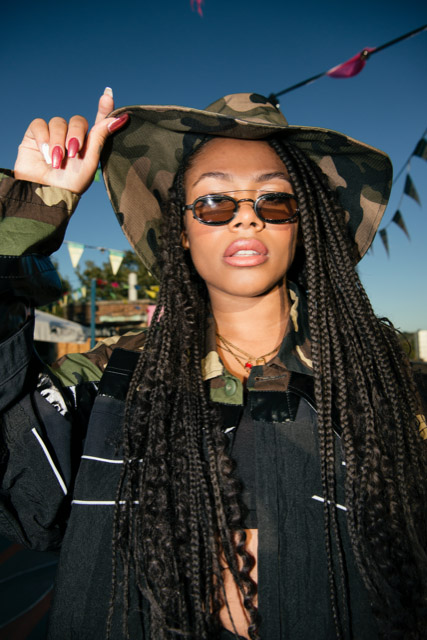 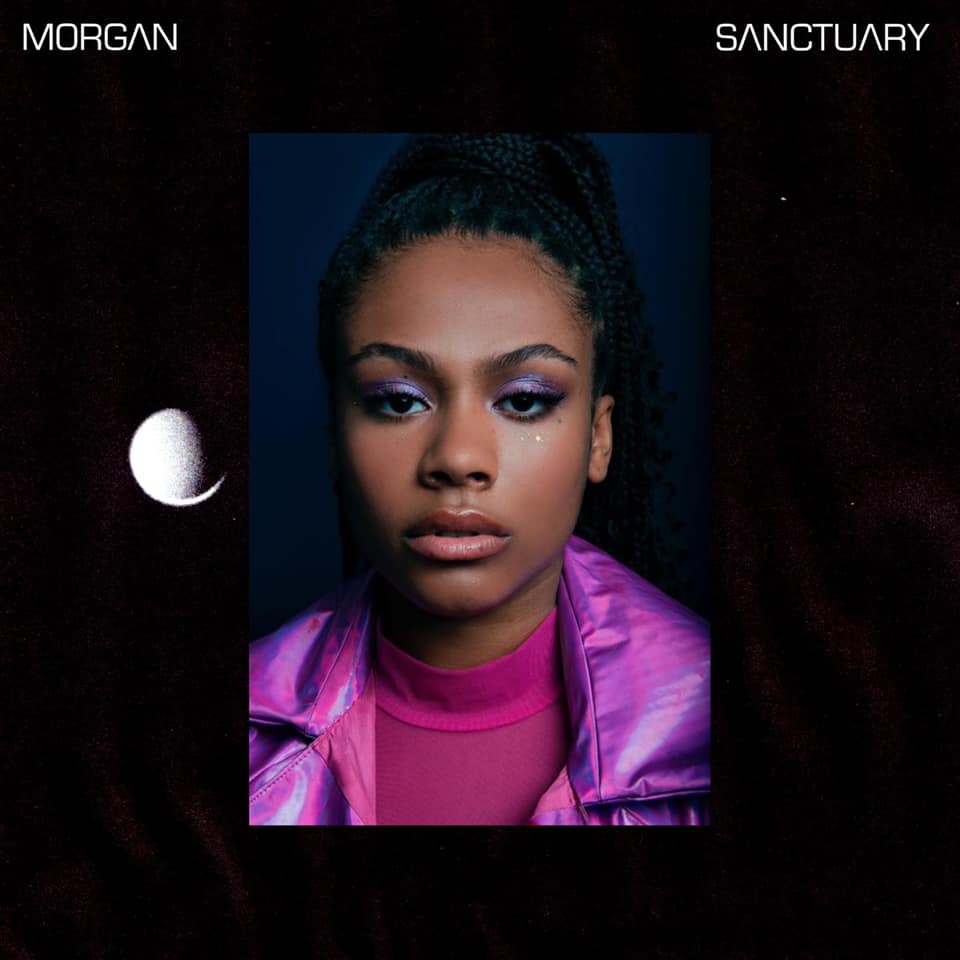 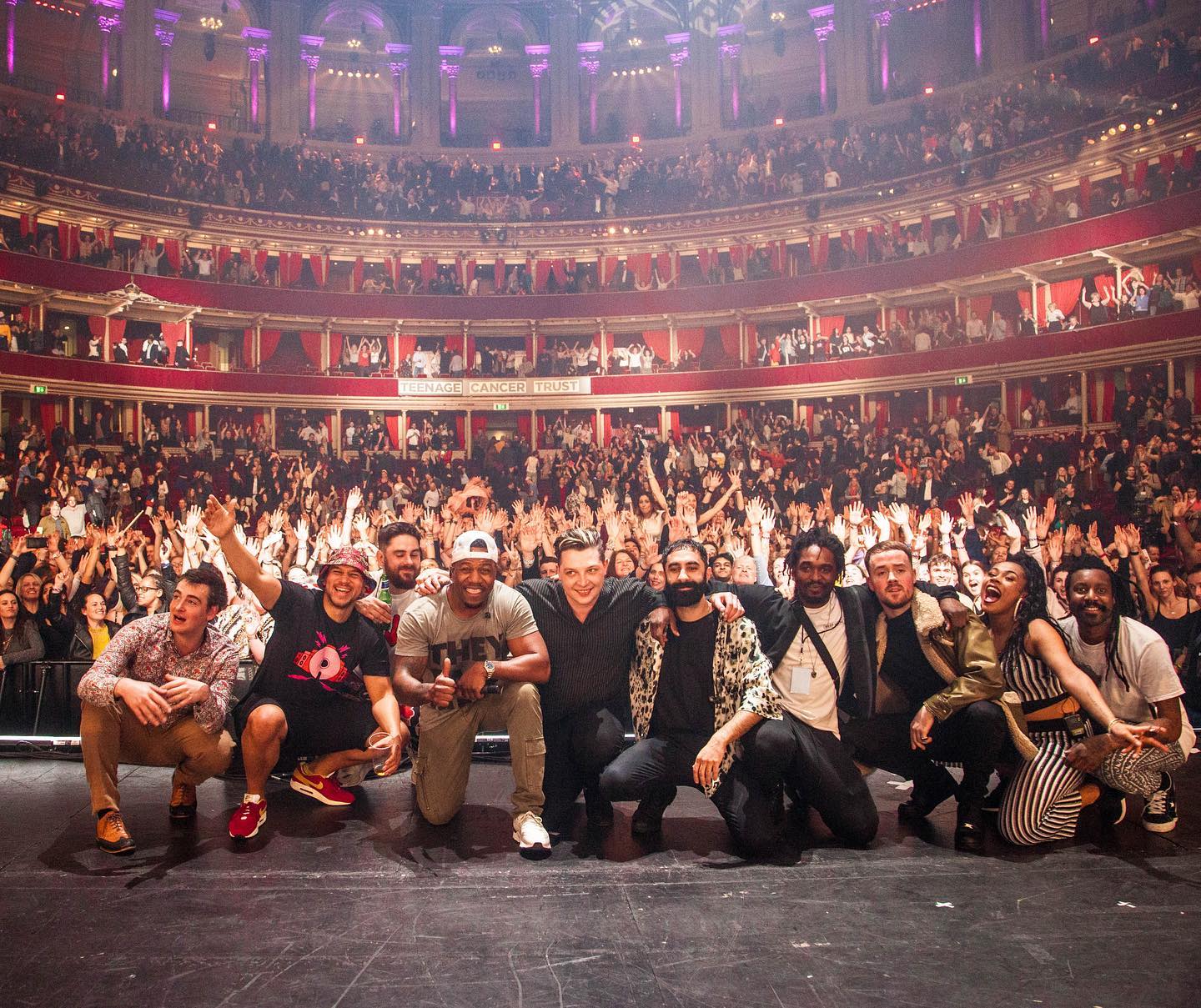 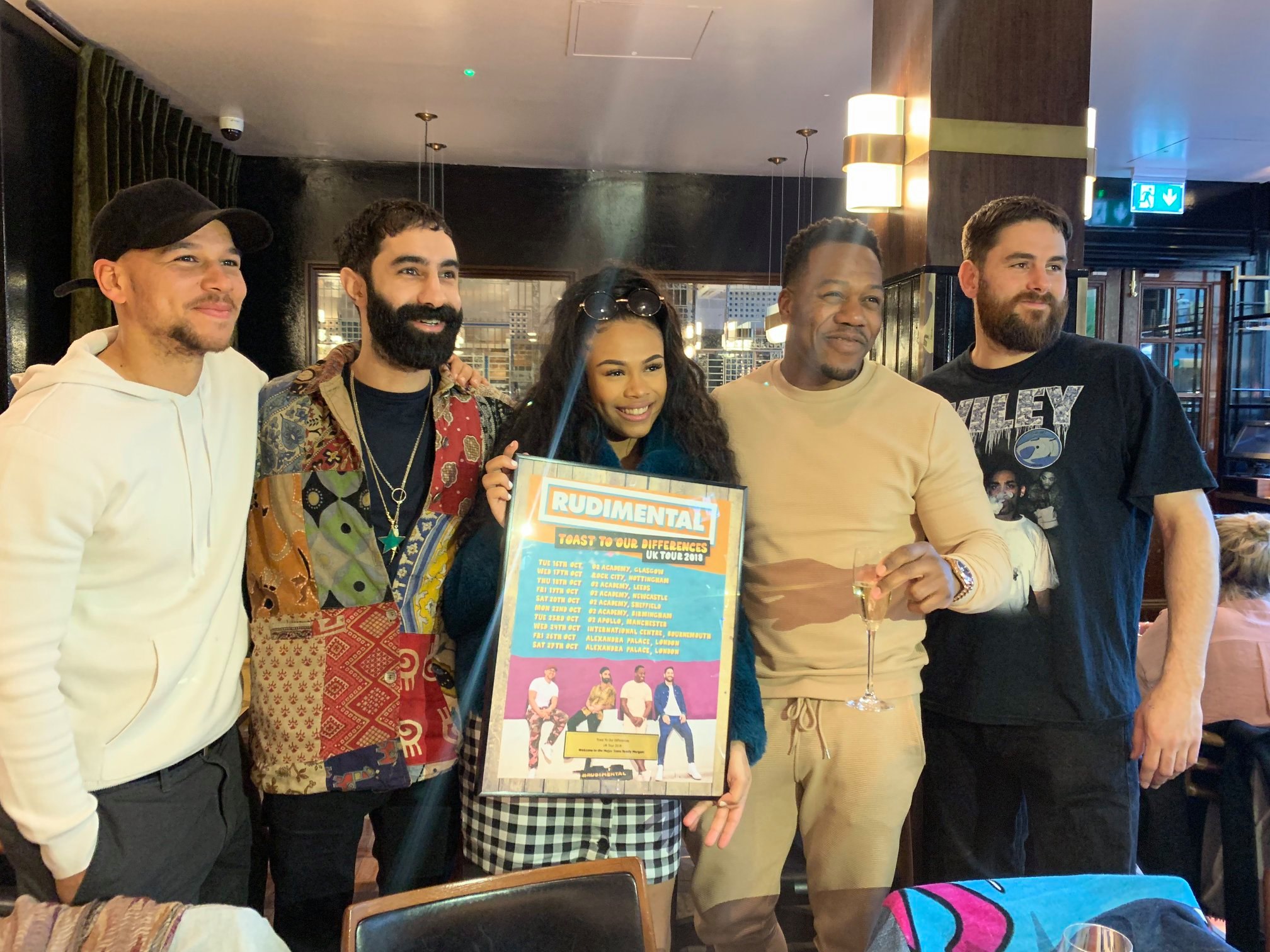