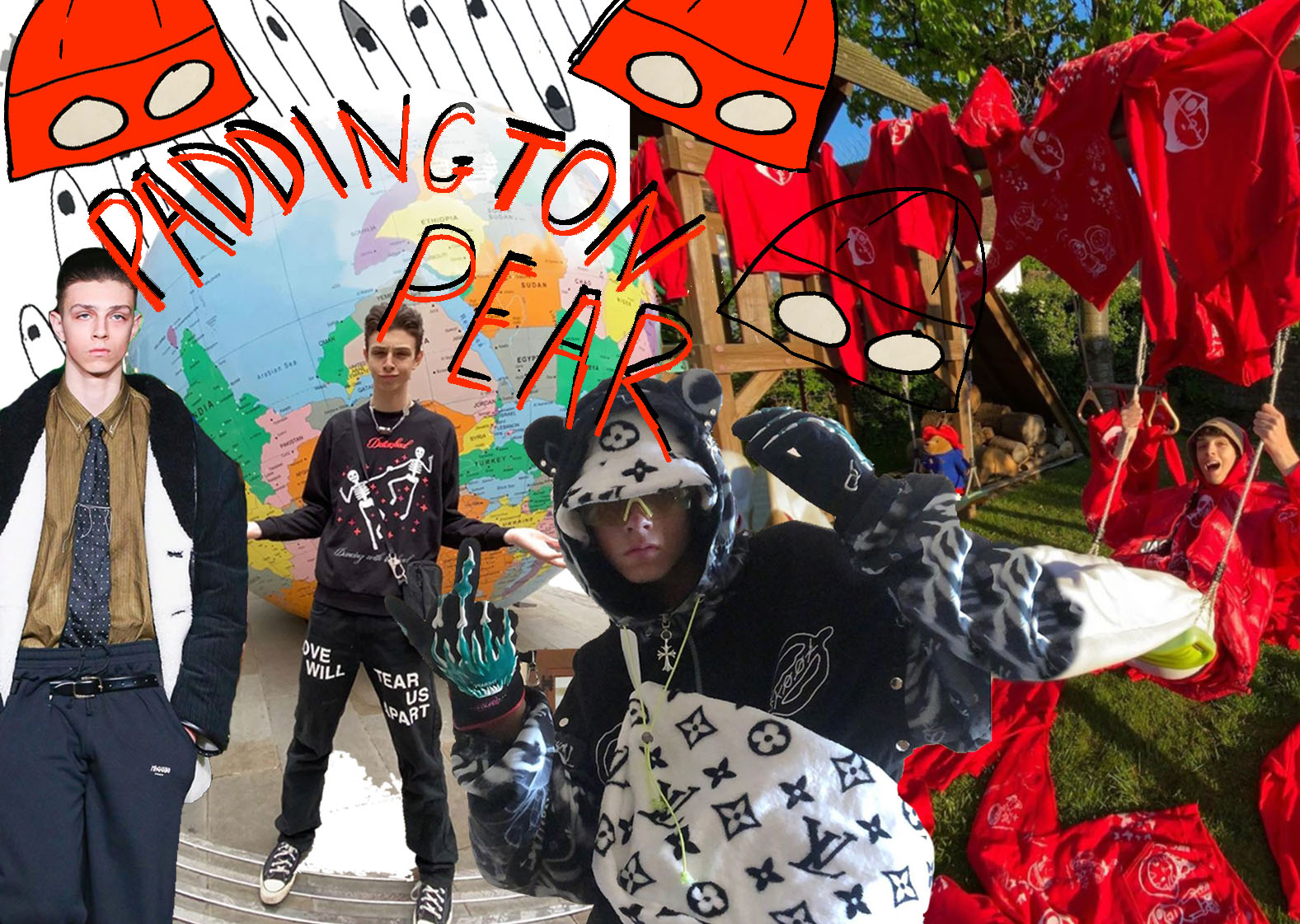 Why the name Paddington Pear?

Paddington Bear was part of my childhood - I had at least 5 of the teddies. He’s also quite iconic with his bucket hat, trench coat etc and my style is very similar but just modernised - bucket hat, waist coat, trench coat. The name was due to the fact I had to travel to the station all the time and it just clicked one time - why don’t I just change that letter and then got the username. There is always a bit of controversy between Paddington fans and my people - who fuck with my fashion. I feel like any other publicity is good publicity for the name.

Fuck me, do I like marmalade? I fucking hate it, it’s disgusting. I think my girlfriend tried to give me some marmalade without me knowing and I was like - what’s this? Marmalade thats a big no!

How did you get into the modelling industry?

I’ll break this down for you. It all started when I got scouted for modelling whilst out with my dad and we never followed it up. I felt like that was the thing that held me back, I didn’t feel like I was meant to model. When I turned 16, I was able to get some form of contract that you are able to sign without having to get parents involved. I went to Select model management as I thought - I might as well do this because when else will I get the opportunity? It was a summers day, I pulled up, I was like ‘I’m Pear’ but felt like I was looked down on because I had an odd name. Anyway, I ended up staying with them for a year doing a few shoots here and there.

What’s the best gig you’ve been to?

I’m going to say the Comethazine concert I went to in Brixton with my friend Kit. It was lit because of the vibe and because I met so many people that knew me and getting recognised in a crowd and being able to mosh; you forget about your worries. It also made a big progression to my music and what I genuinely like.

Could you give me your top 3 tracks?

What’s the song you would listen to before a runway show?

Realistically, they would put on some EDM for real but in the changing room I like to listen to Suburban Pt 2. I feel like even though it’s a bit like American drill, it’s a song that can give you energy, the sort of energy where you close your eyes slowly and open them up fiercely. It gives you the energy that you are ready.

What goes through your mind before walking a runway?

In some cases you can be stressed because the whole team’s stressed and you’re just sitting there basically just waiting for everyone to finish the piece of art. I say you gain anxiety when the team starts to fail and fail to their potential of not doing their job properly. E.g I was at an Acne Studio show, I must have had to change my blazer 5-6 times, 15 minutes before the show and I’m like ‘yo, I’ve got to be In the queue now’. I’ve never been more proud to say that my first show was in Paris at Acne Studios. When you get the email confirming you’re booked my heart dropped. To be able to achieve the dream that you set out to do is incredible. I’ve walked at all the fashion weeks now. It is enough for my skin to feel fulfilled.

Can you tell us a bit about your recent nature runway?

I’ve still got a dream to just have my own runway. I did my own runway, even though it was just one look and minimal is because it’s the beginning and I want to be able to show the beginning and after. We are not at the after and won’t be there for a good few years; it’s going to take blood sweat and tears to get that far. I wanted to represent that by being shirtless, it’s a symbol to say that I’m not happy with my body - that’s a big thing for me to say. I may be 6ft 3 but I’m never going to be satisfied with my body. A lot of models are put down by this industry; certain weight, height etc. I would love to see someone who is classes as overweight on the runway. I don’t see it as overweight that’s just who you are.

What is your favourite runway show of all time?

You also run a fashion brand, is this something you are going to pursue in the future?

Hopefully, I’ll move in a direction where it’s its own subject, not to do with me but I hope to create something completely separate.

Old movies are really good, especially Tokyo Drift. It’s a really good example where we are wearing the fashion now.

How would you describe your own fashion style?

I would describe my fashion as the boy who loves to make clothes for his room, who has a lot of inspiration from Nigo and Pharrell which inspires the way I use colour to coordinate my outfits. If I had to put a name on it, it would be 2001/ 90s.

Advice for other people who want to start a brand?

Try not to use your brand name as a start up and starting point. The amount of brands trying to hit me up.. . This is just an example, if the brand is like ‘Stay Cool’ and they put ‘Stay Cool’ on a t-shirt by the nipple. Like yo, where do you expect to see yourself in a year from now? Make something you haven’t seen. If you’ve got movie inspiration from a dragon, I would rather see 4 dragon wings on a t-shirt than a brand that’s just ‘stay cool’ by the nipple.

You are releasing a track, ‘Katniss’ soon, do you mind telling us a bit about how you produced it?

I just used GarageBand and experimented layering my music and own sound instead of using autotune. I heard that The Fugees just used to do it themselves and just layer and I feel like that’s the correct way of doing it because I’m sick of hearing Travis all the time.

What are your influences when it comes to lyric writing?

How I live my life. I have a verse ‘these needy man be leeching my success.’ These are direct references to people because I’ve had friends who are the most leechiest people. I don’t fuck with people who are lazy and just leech off you because you have followers and leech this guy to get likes and followers. I do my music by enjoying it and not for gain. It gives me energy and shows me a new level of support. 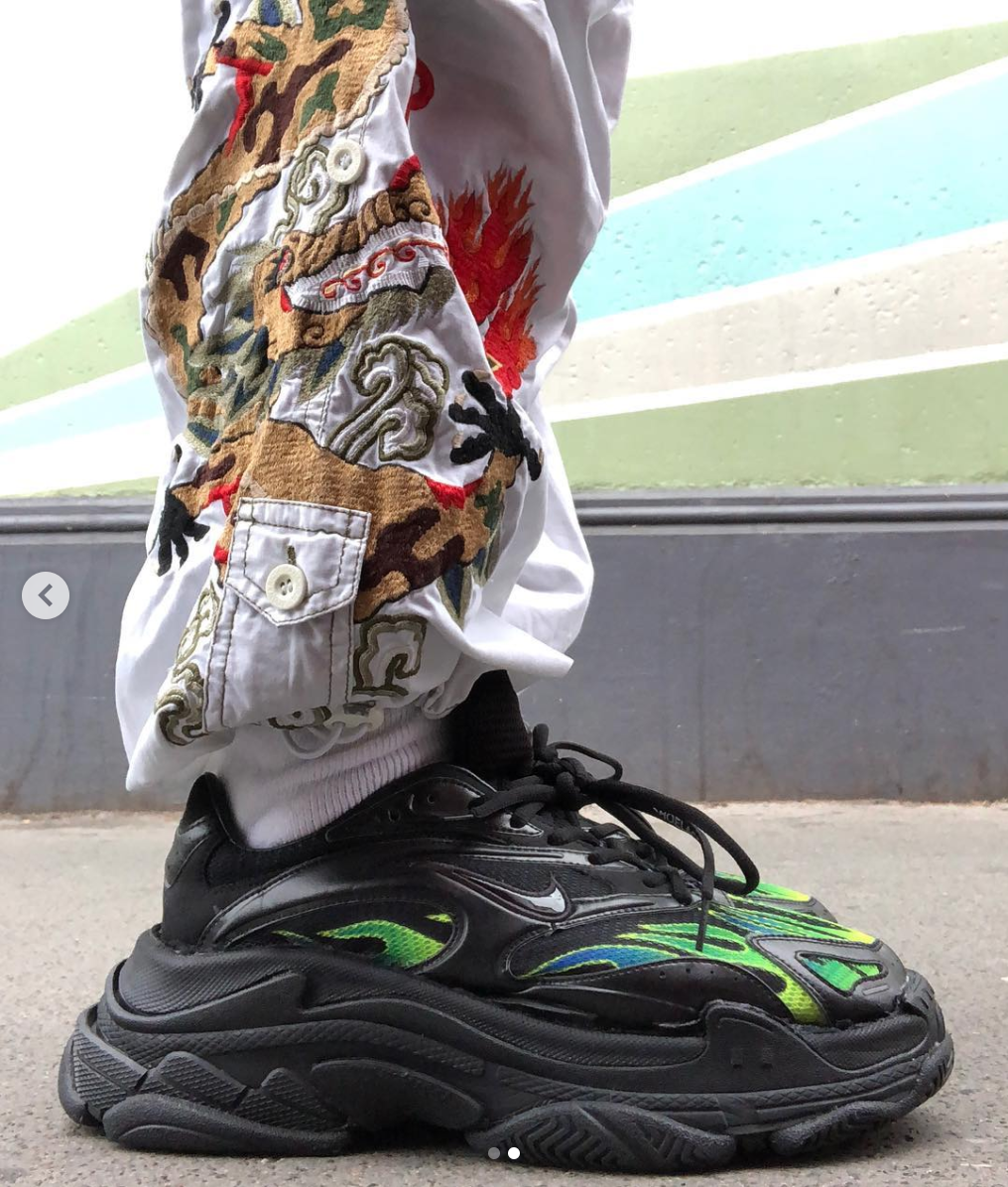 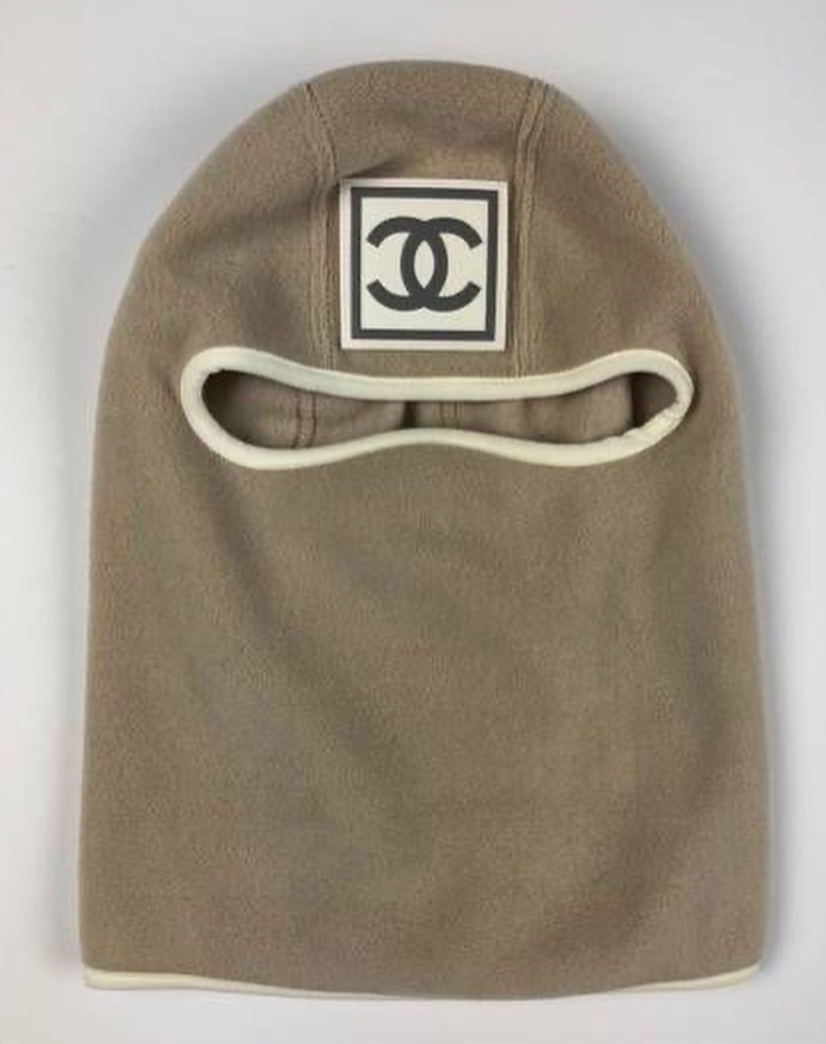 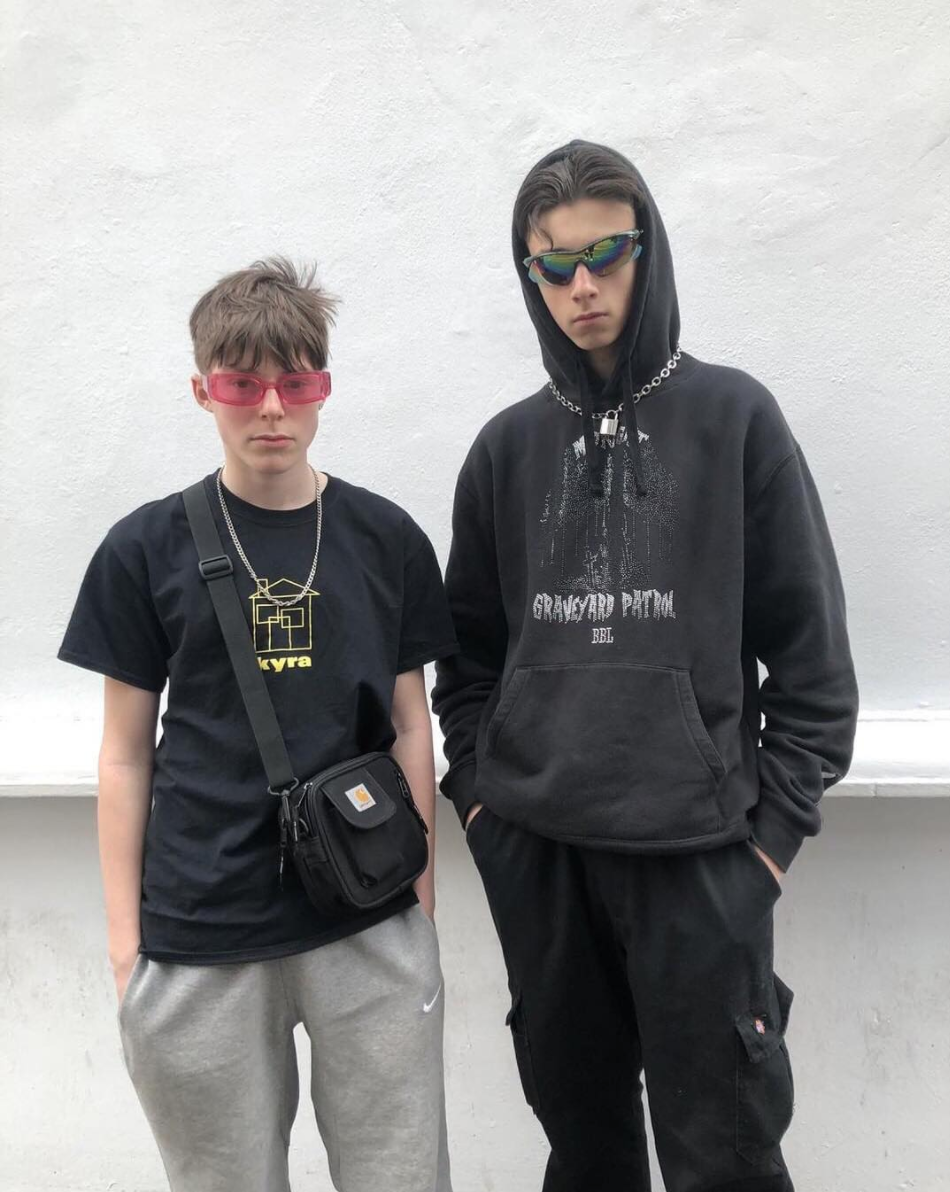 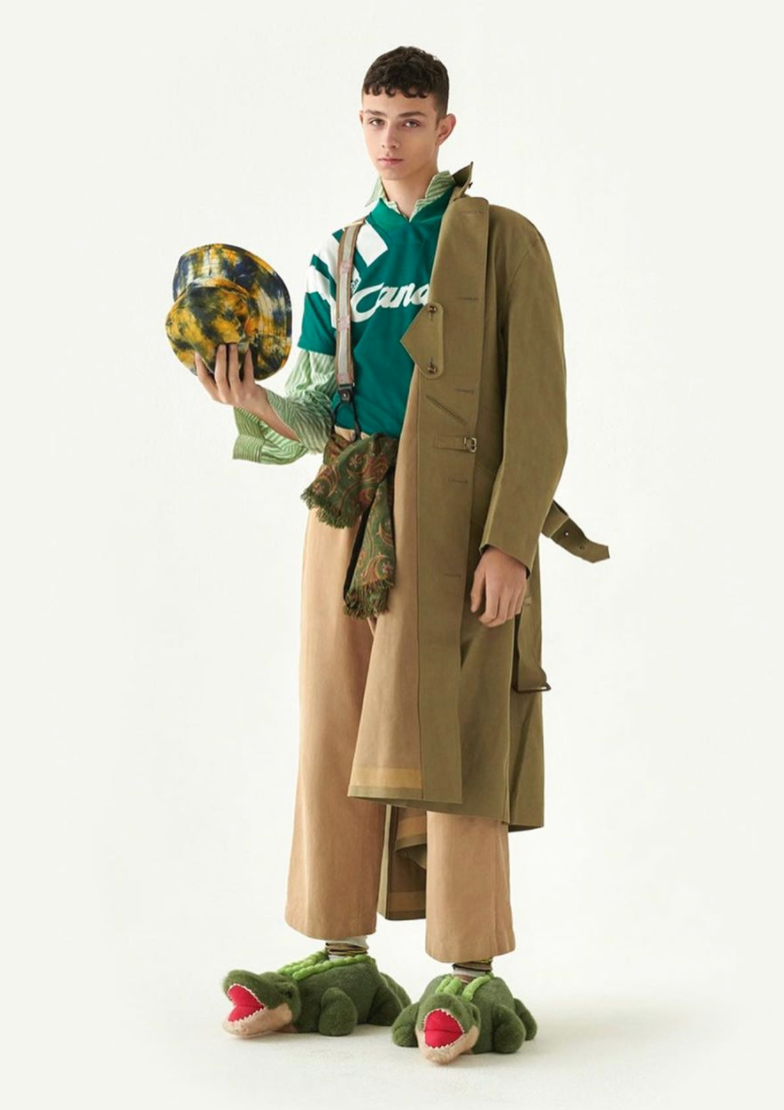 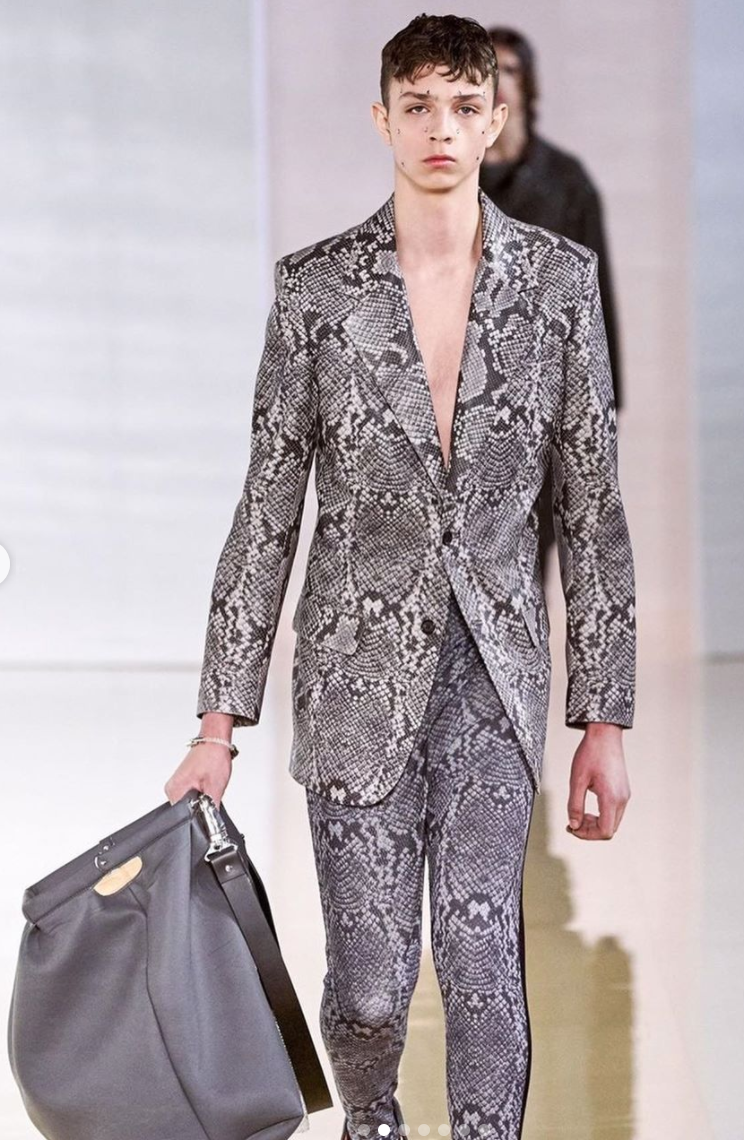 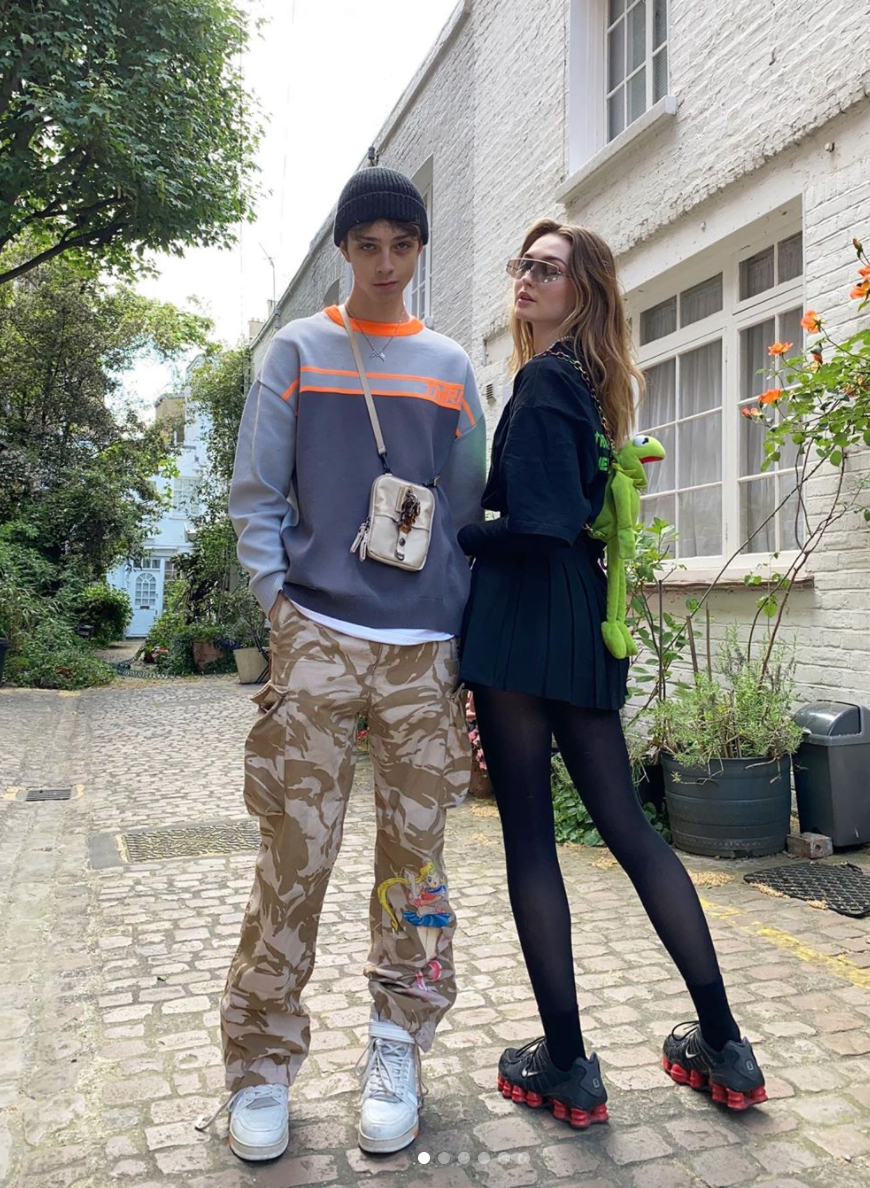 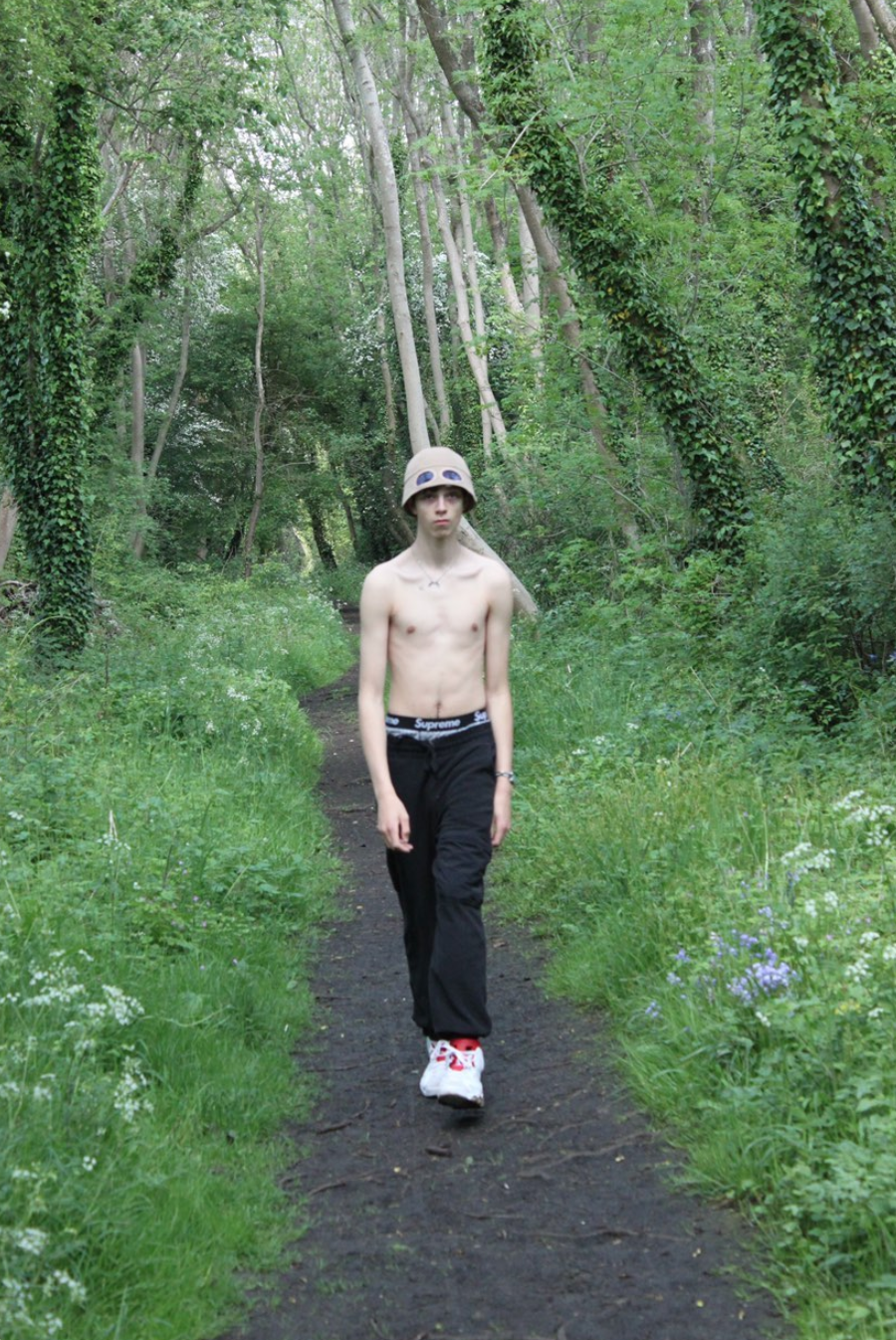 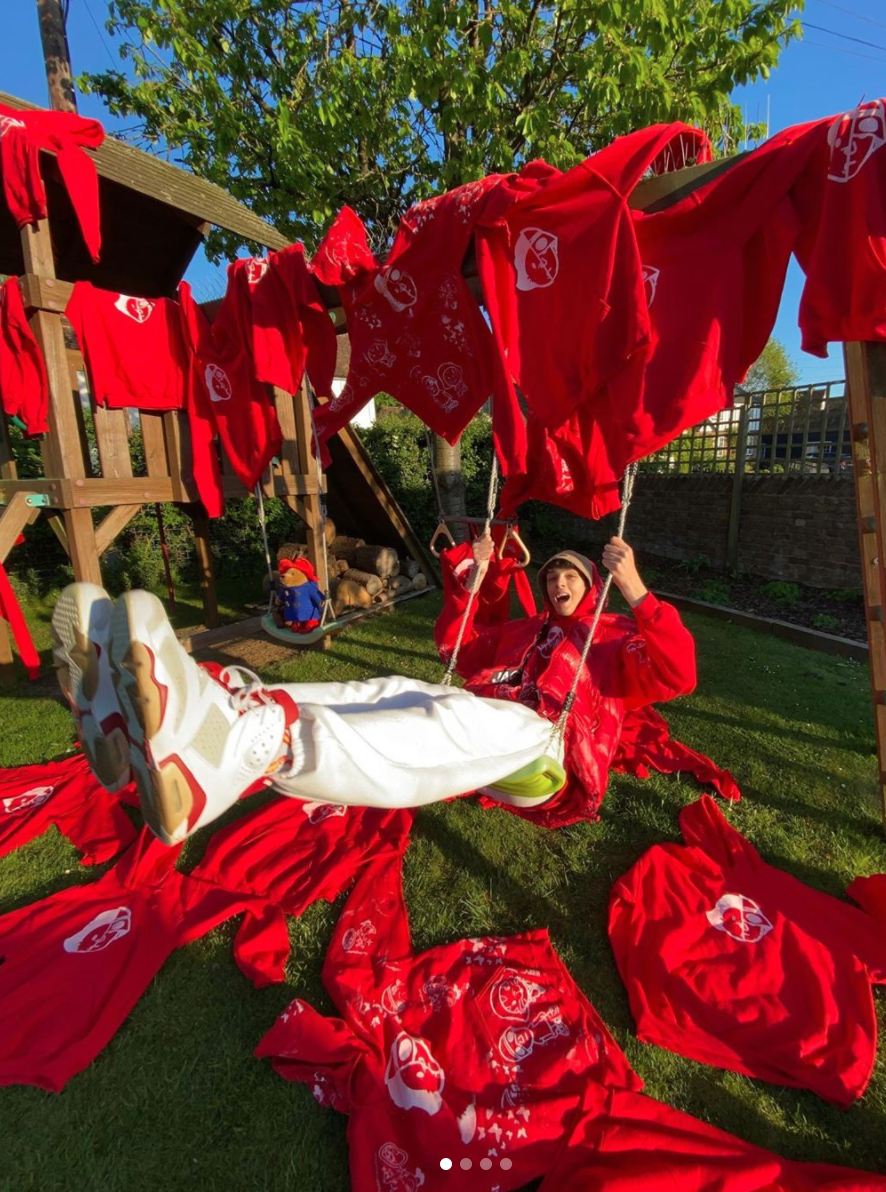