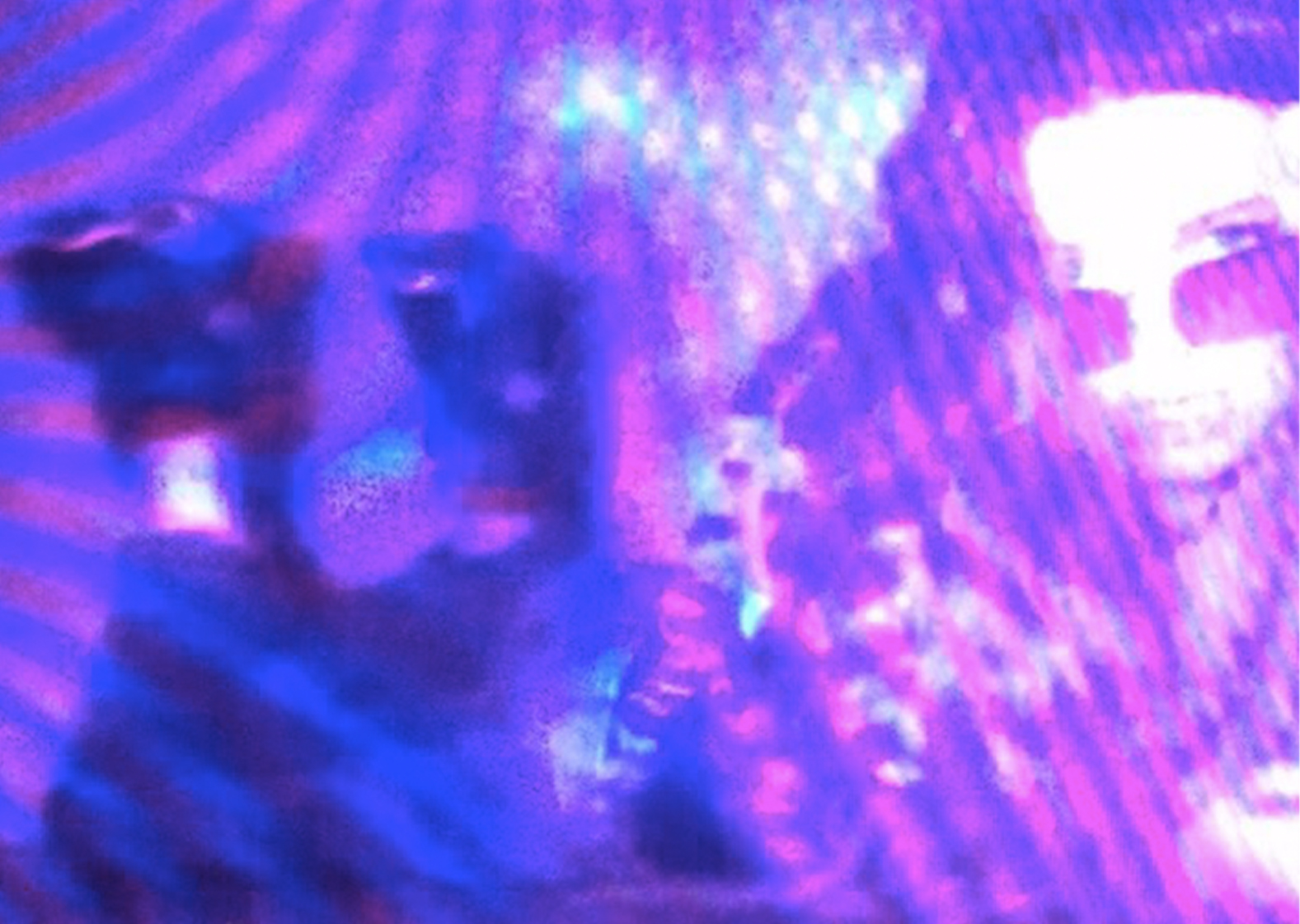 I don't know :) especially recently I'll sit down to make a cute lil indie song then I'll end up with a mad garage-alt-pop kind of track so I don't know, just bare experimental.

What's the best gig that you've been to?

There's too many! I can't pick but there's two that stand out amongst the others: The first one is very biased because they're one of my favourite bands but I'd have to say The 1975. I saw them in 2016, I was standing right at the front and the whole performance gave me chills, from the lighting to the showmanship of Matty Healy, that gig inspires me massively to this day. The second one was a little event me and some of my mates put on at DIY Space for London called BeatsNBreaks and it was all up and coming MCs and DJs from across London performing as well as our collective 'QUIXOTIC' which is basically a live drum and bass band, so we have 5 singers, 2 MCs, guitar, bass and DJs. That night was mad there was such an energy in the venue which I don't experience at other events and just that inspires me to try create that same vibrant energy within my music.

Could you give me your top 5  tracks of all time?

p.s this question really stressed me out.

Who are your biggest musical influences?

I gain a lot of inspiration from artists like The 1975, Wolf Alice, Sticky Fingers, Tash Sultana and Bon Iver but also music from genres like Liquid Drum and Bass, UK Garage and disco. I've become more inspired by the emotion and feeling you get from listening to a song or even from watching a film, rather than the actual sounds or visuals. I think that's the most important thing to achieve from making music - making someone feel some raw emotion and linking that emotion to a specific time, place or person in their life.

You've recorded at Abbey Road Studios! Can you tell us how that came about and your experience?

It was mad. The opportunity came about when I went to a networking event through the distribution site I use - Spinnup - and I met these producers and sound engineers who were studying at Abbey Road Studios and one - Bruno - offered me to come in and record some of my songs. I brought my band with me and we were going there for a couple months (mainly myself and the keys player from my band, Connor, who also mixes some of my songs) as well as having a work experience placement there, I was at Abbey Road Studios more than I was at home at one point! When I went on a tour around the Studios the hairs on my arms were standing up the whole time and when I walked into the studio where Frank Ocean and Amy Whinehouse recorded, there were tears I'm ngl.

How would you say growing up in South East London has influenced your music?

Not much to be honest, I don't feel like I grew up in specifically South East London, but just London. I've been to schools in Bromley, Croydon and Tower Hamlets, and have friends from all across London, I have never really stuck to being in one place with the same group of people, I'm kind of here there everywhere but from all these different places I've spent a lot of time in I definitely have been inspired by the various experiences I have had.

Are there any particular themes or topics that influence your music and/or lyrics?

At the moment I really like to write about my/my friends' experiences with just growing up, finding who we are and all the stupid shit that comes with it. I love writing really straight forward lyrics but when they are cleverly structured and using word play so there's some sort of punch line or tongue in cheek line, however I do think that the art of using very ambiguous metaphors and language techniques in other songs is so satisfying to write when it finally comes together.

Can you talk us through your musical process?

Every song is different, sometimes it just comes out of me all at once within the space of an hour, other times it'll take me what feels like years to be happy with a song but I think my favourite way is when I write the lyrics first (usually on the tube or on my way home from somewhere) and then when I get home I have a clear vision of the song and just bang it out and over the later couple of weeks I'll perfect the production and experiment as much as I want.

Did you grow up in a musical household?

I mean we all love music in this family, every weekend growing up, without a shadow of a doubt I'll wake up to my parents blasting either house, disco or soul music from the kitchen and recently my brother has been added to the mix with him mixing dutty rollers from his room so it's just a clash of bass and drums, but no one in my family are musical in the same sense as I am.

Did you study music GCSE/ A-level?

I studied music at GCSE and I did a music course at college, studying at ELAM which was so much better than I ever imagined, sad that it got cut short because of Miss Rona though:(

Any advice for young musicians?

Just do what you think is right and true to yourself deep down even with the little things. I don't know, I need some advice myself realistically lol.

What is your favourite thing about music?

I don't know, I really do love it all. Writing and recording can be long at times but it is really rewarding when you get an amazing outcome where someone listens to the song and is moved, but producing, performing and rehearsals are the most fun parts because there's a sense of freedom and experimentation that can happen where you can take the song you wrote and make it into something so much more than just the song. Performing and rehearsing are also so rewarding because when you hear the song you wrote in your bedroom being played live by your band mates and even if one person is singing along to the song and knows ALL OF THE LYRICS, omg that shit, nothing can beat it.

You did a masterclass and performed in front of Tom Grennan, can you tell us about the experience and what it was like?

My college, ELAM, held some mad masterclasses during my first year and one of them I got to be a part of was linked with the Brit Awards and I got to perform one of my originals (which has been fully rearranged from then because it was trash) in front of Tom Greenan. This masterclass is what pushed me to start a band which is a bit scary to think about because I'm pretty sure I was chosen to perform by mistake or at least from a misunderstood situation, but that's a story for another time. So, if that didn't happen maybe I wouldn't have my band right now and wouldn't of written the songs I wrote. But anyway, yeah it was a pretty cool experience and it boosted my confidence massively. 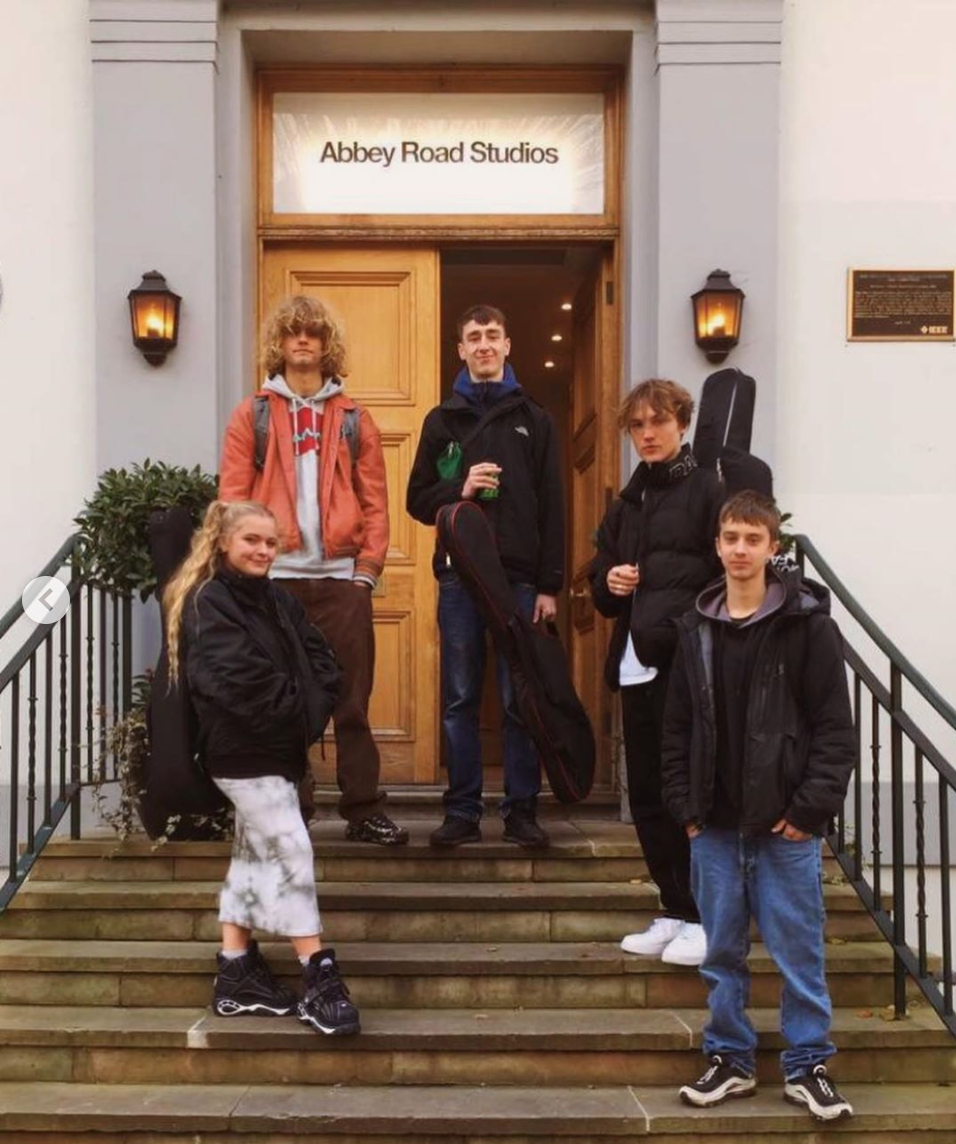 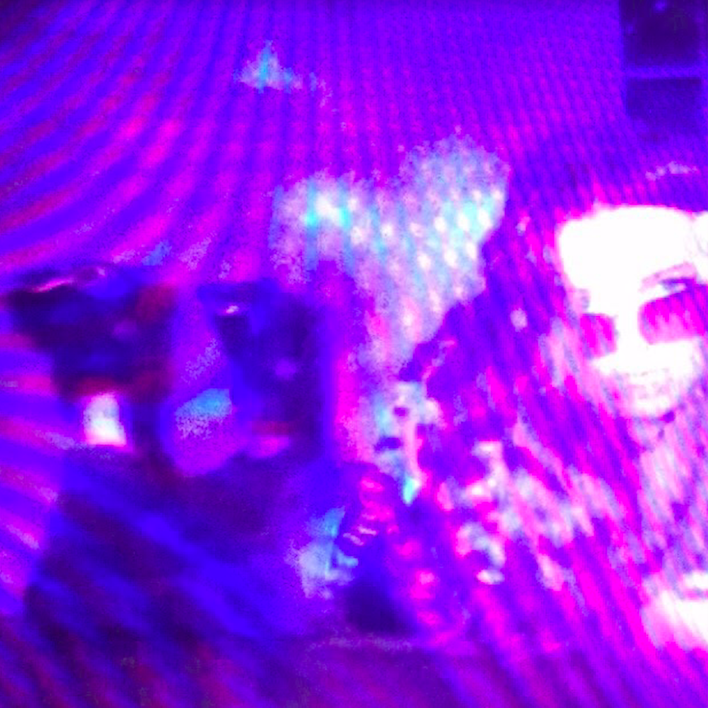 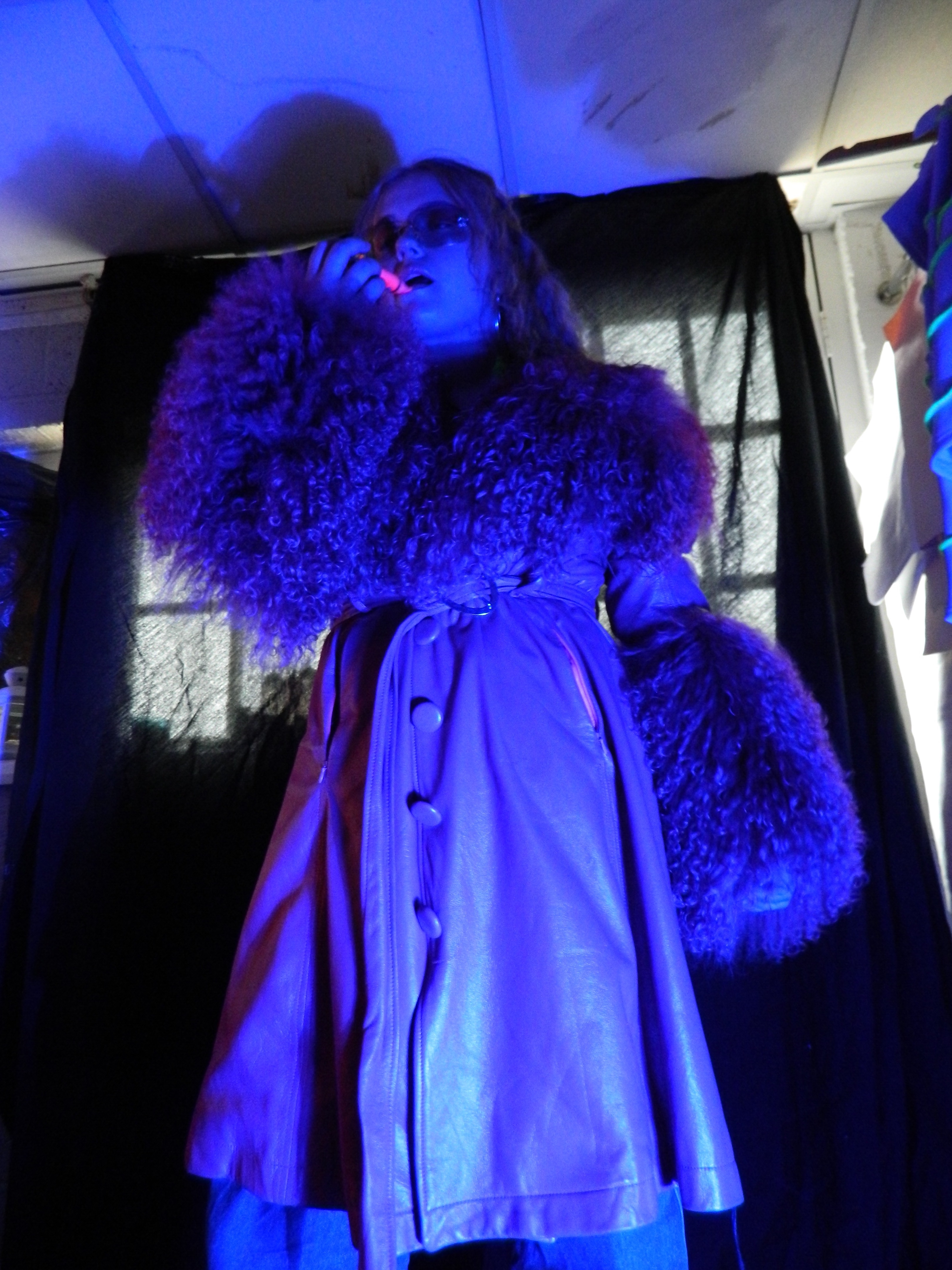 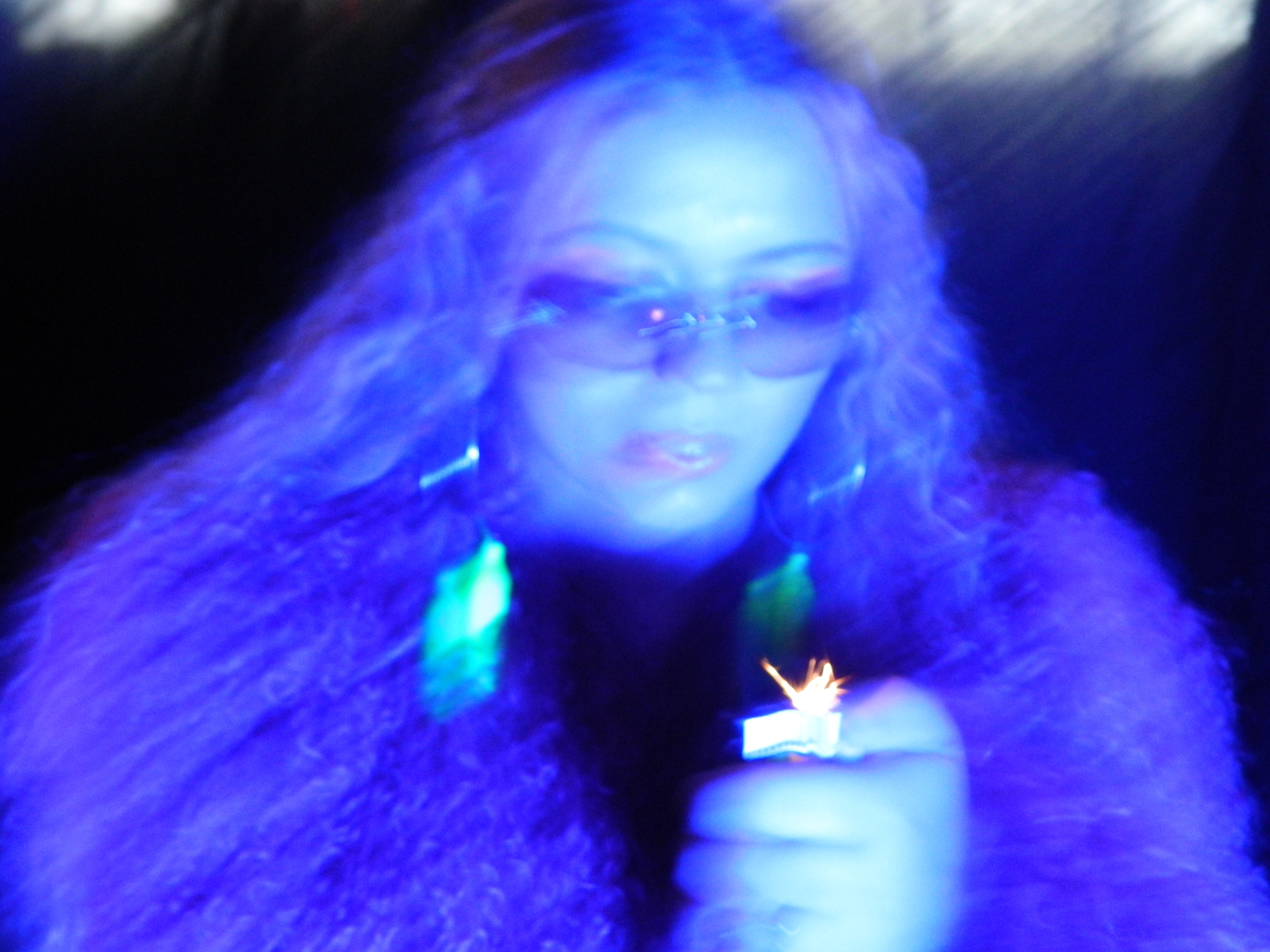