Can you tell us a bit about yourself?

I’m a 19 year old kid from the Netherlands, I was born and raised in Rotterdam. My love for music started from my dad. He used to play music all the time around the house ranging from Raphael Saadiq to Miles Davies to Q-Tip and many more genres. Pretty quickly, I started playing guitar ( I was 7 years old when I started lessons). I was pretty fanatic, and took up piano and singing lessons. However, I noticed that in those lessons, I was looking for more freedom. The teachers would always give me music to play but I would spend my time looking up songs that I wanted to play on YouTube.

I turned 16 and my dad gave me audio interface for my birthday: he was hoping that I would record guitar. I actually started making beats; I wanted to experiment with different sounds. I started with GarageBand but them quickly moved to Logic. I was stuck in Logic, the workflow wasn’t working and it was hindering my creativity so I switched to Abelton and then that’s when everything started!

How would you say growing up in Rotterdam and the Netherlands has influenced your music?

I would say that it has influenced me in an ironic way because I try to distance myself form the Dutch music scene. The Dutch music scene is very much into pop and trap. It’s not really what I like. When I’m in clubs, it’s fun music but it’s not something that inspires me.

You are on a gap year, what are your plans for uni?

The gap year showed me that I really wanted to pursue music and so I started looking into schools. I noticed in the Netherlands there’s a few music schools but they are not on a university level. I’m trying to learn more about the business as well as increase my knowledge on the whole industry. I spoke a bit to Max and Wali (some friends in London) and I noticed that there was a music school called BIMM. I applied for Music and Sound Production and got in!

What’s the best gig you’ve been to?

Tyler, The Creator - Maddison Square Garden, New York. I’ve been listening to this man since he started and as a young kid he would tell me what I could do and that’s why I mention his song ‘Find My Wings.’ It’s showing you, you can literally do whatever you want and nobody can tell you otherwise. So, from a young age I got a lot of confidence from him and on my bucket list it said      ‘See Tyler Live’ but I never had the opportunity to go. I saw him on the Igor Tour - it was insane especially as I met the NYU kid there, so many things alined - it made my album possible.

‘MediTape’ is an album that started with the Kickback moment when I met Max and Wali in New York. It’s basically a story showing our time in NY and symbolically, there are a few different layers. It’s a 14 track album with 25 artistic credits with me as the producer. We try to bring meaning to all the songs and shine light on a lot of aspects.The first song is called ‘Sunrise’ and the last is ‘Sunset’ it resembles a day in New York. We tried to create a whole narrative, almost like a movie. The idea is that Max and Wali are the main characters and they go through this story that I created and then throughout there are individual artists on different tracks.

Can you tell us about your encounter with Max and Wali?

I met Max in a Deli at 4am in New York, which is where everything started. He pulled up to my apartment and we started working on something. Then, the next day he brought his friend Wali, who is now obviously my friend! We started making music. When I got home, I went to London (where they live) and started hanging with them and their friends. They are two kids who were born in Paris but moved to London at a very young age. Everything just fell into place because they were looking for producers and looking back on it there were two kids looking for each other.

How would you describe your creative role?

I think the word producer really cuts many things out. I would like to refer to myself as an artist because what I try to do is make a name for other producers, make tracks and be involved in the process. I don’t want to be someone that sits behind a desk, makes beats, sends it out to someone and have no context. I want to be in the sessions with vocalist, jamming with Adi for example. I just want to be in the moment and process - making art.

What do you look for when you collaborate with people?

What made it work with ‘MediTape’ is the fact the people we were making music with, were the people we hang with. For instance, Lacey is the first character on the album (besides Max and Wali) and he had a song with Wali out already. That’s where a lot of relations came together - through joining this ‘new world’ which they were already part of. It was really organic and that’s why I think the follow up for this album will be interesting.

Quite a few of your songs include French, is the incorporation of other languages e.g. Dutch something you want to do?

It’s unlikely you will hear Dutch in my songs, just because I really don’t want to limit the art and I feel English is the right way to expose it to as many people possible. Max and Wali are my best friends, they’re French, and I will definitely make more songs with them in the future. It will be up to them - who knowns what the future holds.

What would be your advice to young people who want to get into music?

Honestly, what I have learnt from a young age is do what you like and try to find your motives for why you are doing it. If you are doing it for the money (that’s completely up to you) but I do it because I love the art. Try to see what you like, stay true to what you like. I know you hear it a lot and it might sound corny but it’s really important. I also hope that other people get the opportunity I had - making connections with people that are aligned and have the same vision. I know I was really lucky with that but say yes to everything, even if it means something which you don’t like at the first instant etc. For me that was cleaning toilets in the studio but you never know what’s behind the corner, especially when you’re in the studio. You never know which artist is going to walk in and compliment you on your sweater etc. But obviously only say yes to everything that’s related to what you do.

What other artists do you think we should keep an eye out for? 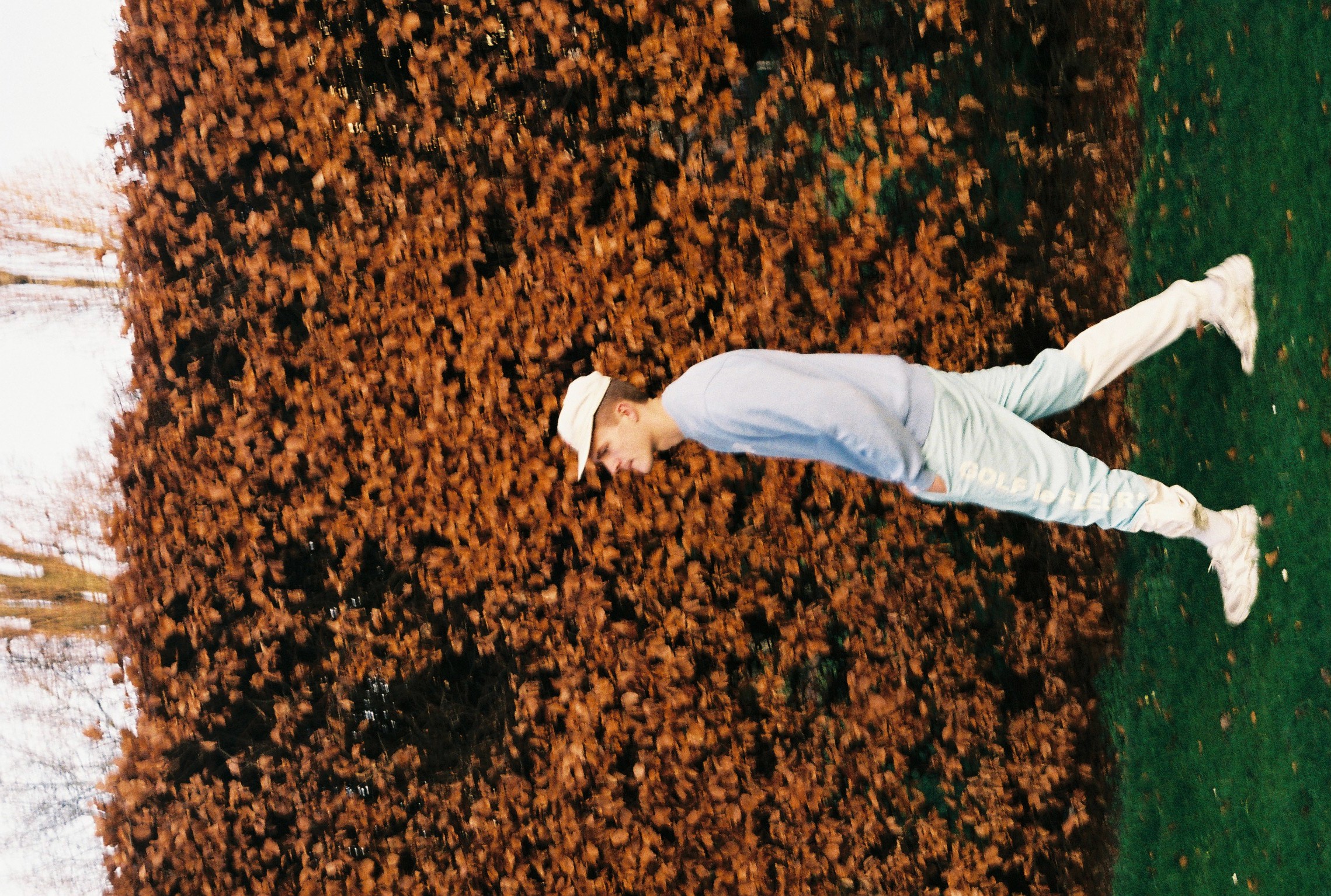 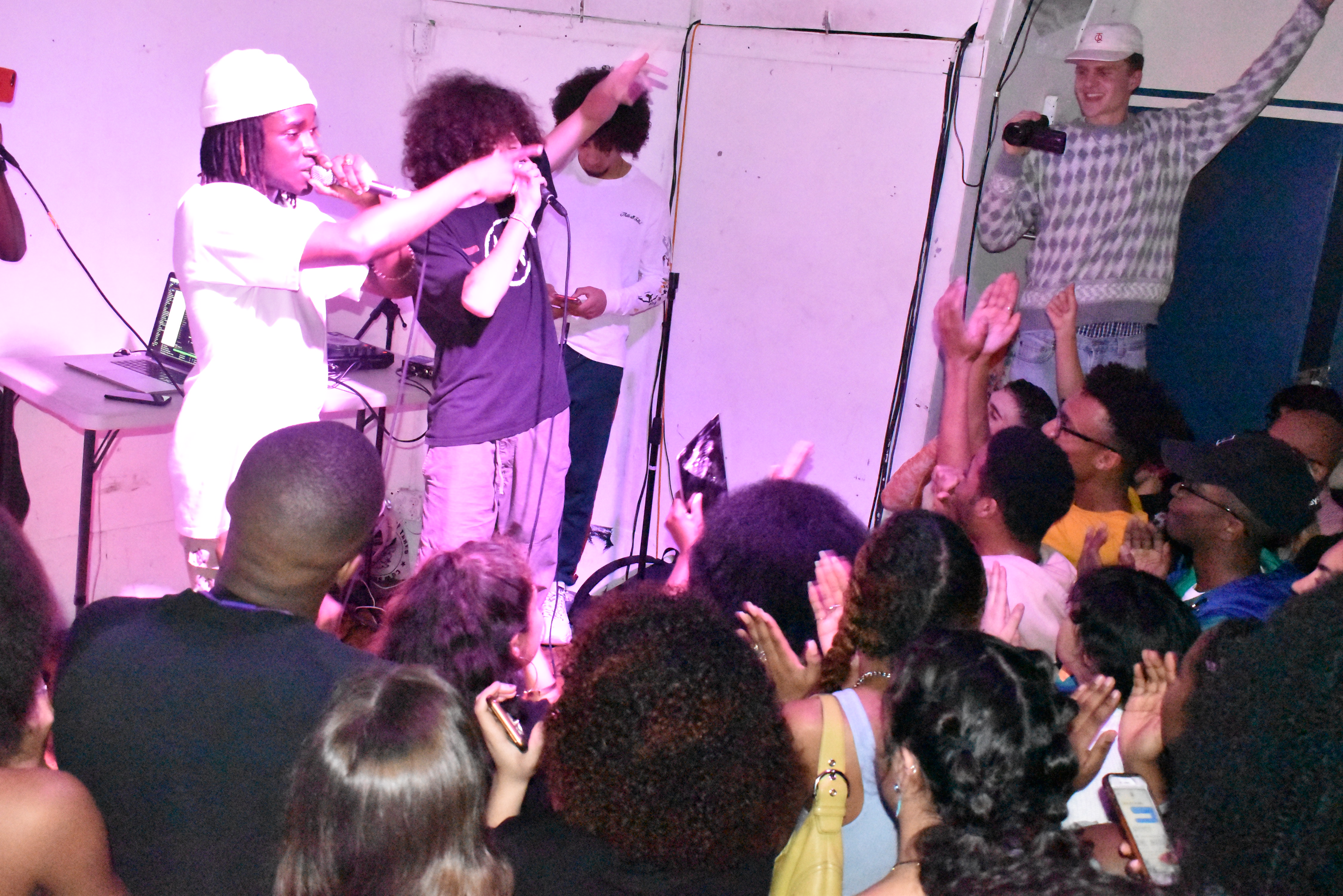 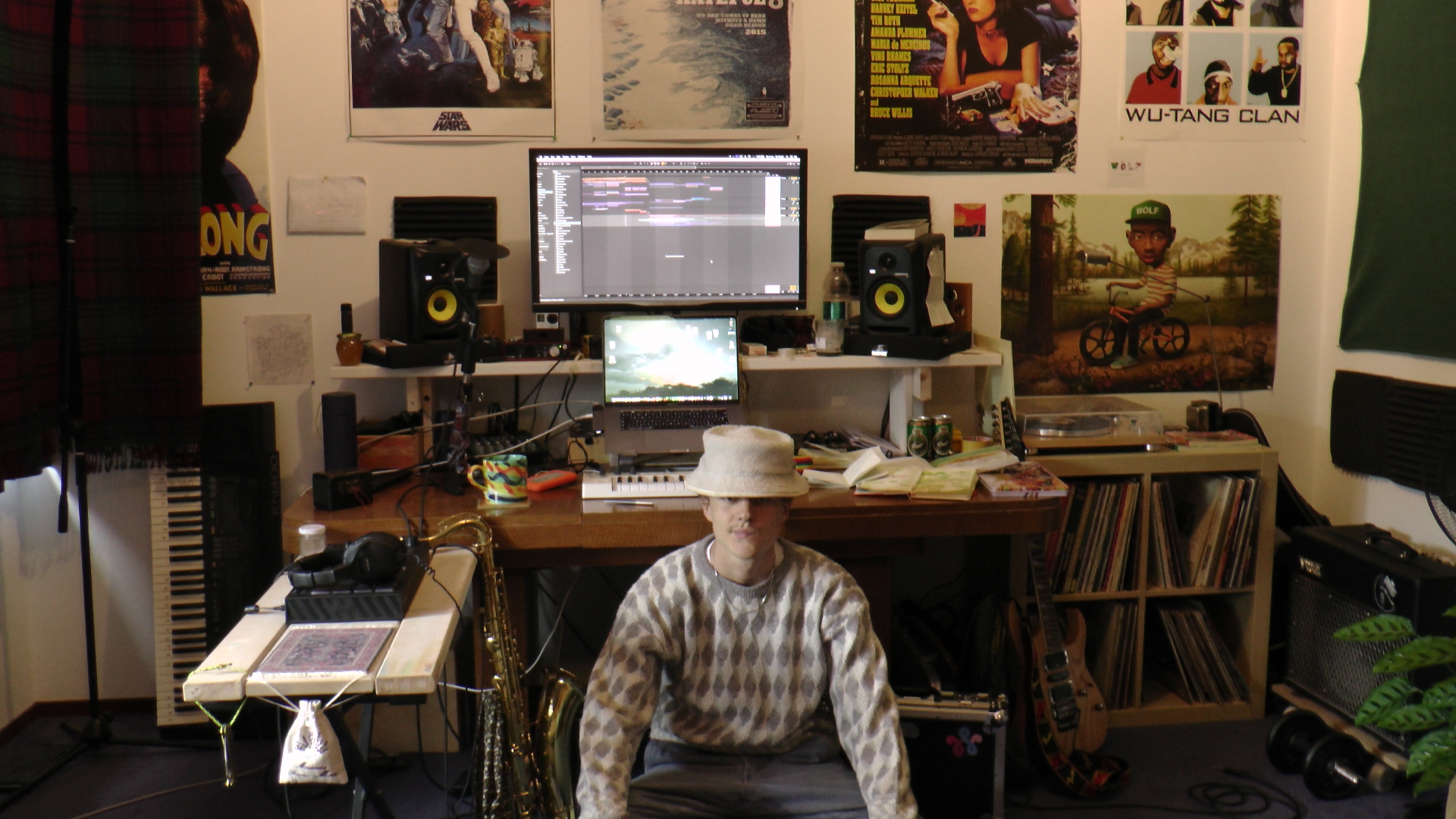 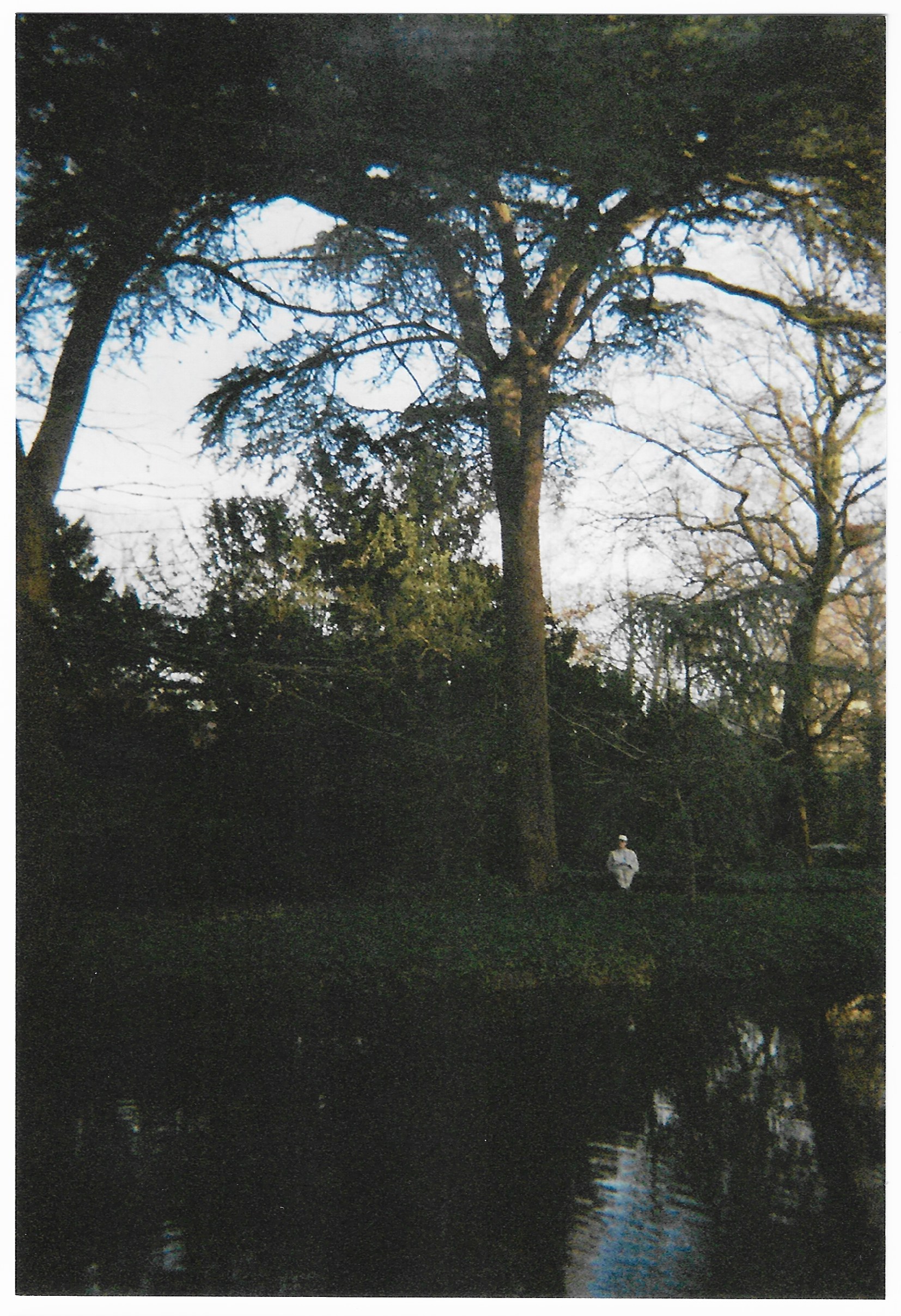 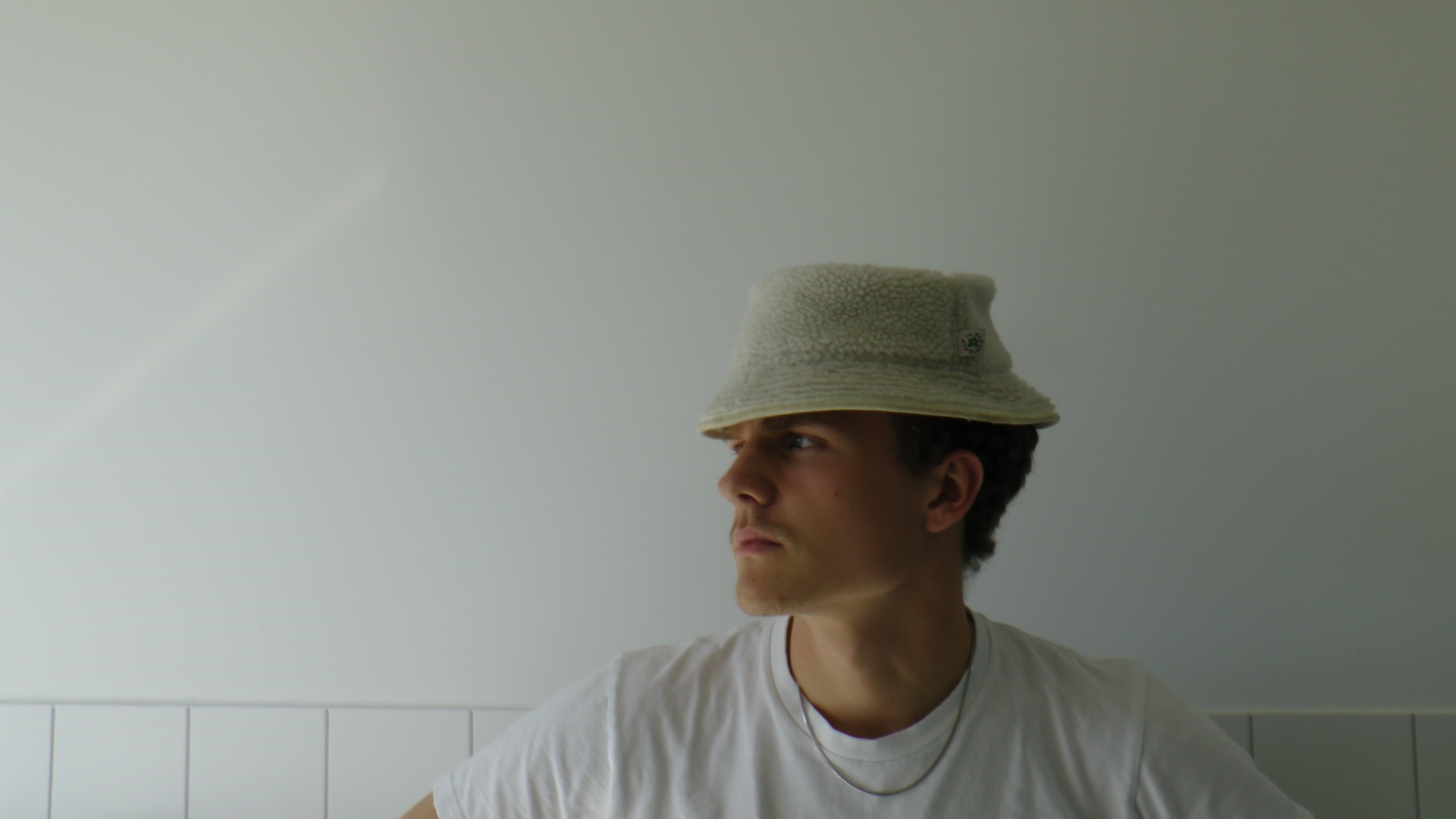