Interview with 'The Twist' 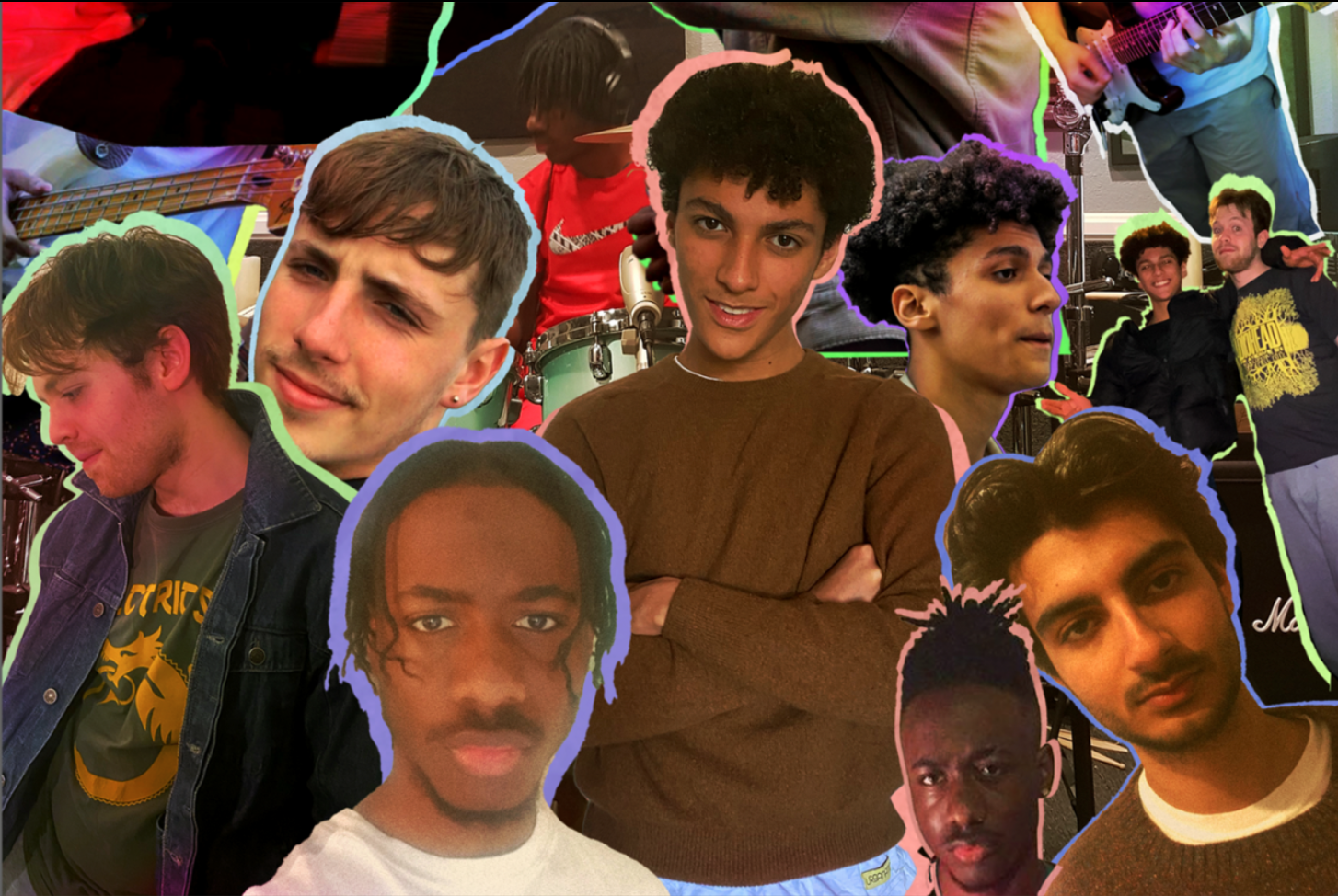 Why the name ‘The Twist’?

Daniel: We’ve been a band for a very long time with various different musicians. At the beginning one of our old drummers - shout out to him - we were all from different musical influences and didn’t necessarily agree on one genre in particular and he thought let’s just twist everything.

How would you describe your music to people that haven’t heard it?

Daniel: I would say it’s an eclectic mix of different genres coming from what’s currently popular in London: the indie scene, the hip-hop scene (which we collaborate with regularly - a rapper called Jed Payne) and the upcoming jazz scene. We merge genres basically.

What is your favourite thing about creating music?

Josh: For me because I’m a drummer it’s not very often that you are asked to have a lot of input with regards to music. You are kind of just asked to sit in the background and do your job but the boys ask me to put my ideas in and I feel like each member of the band has their own chance to put their ideas into the band which is good. I’m pretty sure Tom can relate as a bass player. For a drummer it’s weird but good because you’re valued equally as other members which is important.

Tom: I think that’s the best thing about creating music: all of us coming together and jamming - it’s just natural.

Can you give me one track or piece of music that has really influenced you?

Laurie: After the Love is Gone - Earth, Wind and Fire

Josh: Growing up in a Jamaican household anything Bob Marley for me

Tom: This Must Be The Place - Talking Heads

What is your process when it comes to writing music?

Daniel: It varies really. Whenever we have an idea, we just send it through on our Snapchat group chat or jam it in a rehearsal. I think because we are not so conventional as a band sometimes, we switch instruments, we play different genres and listen to different genres. We all bring our own parts in and it’s a collaborative experience I would say the majority of the time.

What is your ultimate venue or festival to play?

All: Festival - it’s got to be Glastonbury

What are your goals with this band?

Daniel: I think we are experimenting with different sounds at the moment and I feel like because we are unsigned, we have the opportunity to release as much as we like, when we like, with who we like and how we like. We are not limited and are still on the come-up as a band we eventually as looking to sign a deal where we won’t be fucked over and I’ve had quite a few artists friends who have had development deals and it’s been two years where they haven’t released anything. I want us to get to a good place as independent artists and continue to make music that we like to create rather than pander to label demands.

Did you all study music at school? Where did it all start in music?

Josh: I did music GCSE and A-level. The way it started was, I got a toy drum kit when I was 4 and would play it every day. I played so much that I broke it twice so my mum bought me a really drum kit when I was 6 and from then on, I’ve never really stopped playing drums.

Laurie: When I was 5, my uncle bought me this little crap Yamaha piano, but it was something. I didn’t have a stand so I would put it on the ironing board, practicing C Major scale when I was 5. Then I got into Jazz more when I was at the end of primary into secondary school.

Luke: I got a classical guitar when I was about 7. I remember I had been good at a family function for like 2 years, so my mum bought a guitar. But I always wanted an electric guitar, so I like put a computer headset into it and some computer speakers and rock out like that.

Tom: I had a piano from when I was 5 and eventually the piano wasn’t working and my dad came into my room when I was revising for my chemistry GCSE and said ‘ I’ve found this bass, do you want me to buy it.’ It arrived the next week, I ended up not revising for my GCSEs just learning bass and listening to Stevie Wonder over and over again until I was semi descent.

Do you mind telling us a bit about what you are studying and where?

Josh: Me and Laurie both go to the Guildhall which is a perfuming arts university in central. I actually knew Laurie before the band, but I didn’t know he was in the band before first rehearsal! I walked in the room like - ‘oh, you’re in my course, I have classes with you.’ We are both studying undergrad Jazz at Guildhall in first year.

Luke: I do music in general at Goldsmiths.

Daniel: I’m going to uni this year and am going to study Pop Production at Guildhall.

Daniel: Shout out to Jed! I would say when you are writing tracks with other people that may not be used to a band atmosphere it’s normally a bit more intimate with maybe 2 of us from the band that have these sessions with the collaborators. In the instance of collaborating with Stella and Jed, it’s been me and Luke in his house. They might come round having written a nice 16, told us what topics he’s feeling today. It’s quite a natural process, we don’t go in with too much expectation; we vibe with whatever. If anyone wants to hit us up for a collaboration, we’re always up for it man.

How would you say living in London influences your music?

Josh: We are all from different parts of London, like I’m from South and so is Tom. Laurie from North West, Luke and Daniel East. I feel like there are loads of different communities. In South, there is a lot of black culture which includes things like the Caribbean roots I was talking about earlier, so that has been a big influence in the ideas that I bring. If you go to places in South like Brixton - it’s a hub for Jamaicans and I have a lot of family that live in and around there.

Laurie: I wouldn’t say that my influences come necessarily from where I am. I guess just being where I am does inspire me to create the music I do. But I feel like the more of my influences come from my awareness of different music - I’m always curious to be inspired by different music and obviously my parents have inspired me. I think it comes more from other people than places.

Is there a particular band that you all look up to?

Tom: I think Stevie Wonder is universally adored by everyone here. Michael Jackson, Earth, Wind and Fire - Josh played with them! Radiohead.

For more check out The Twist on Instagram and their new track Wary is out now! 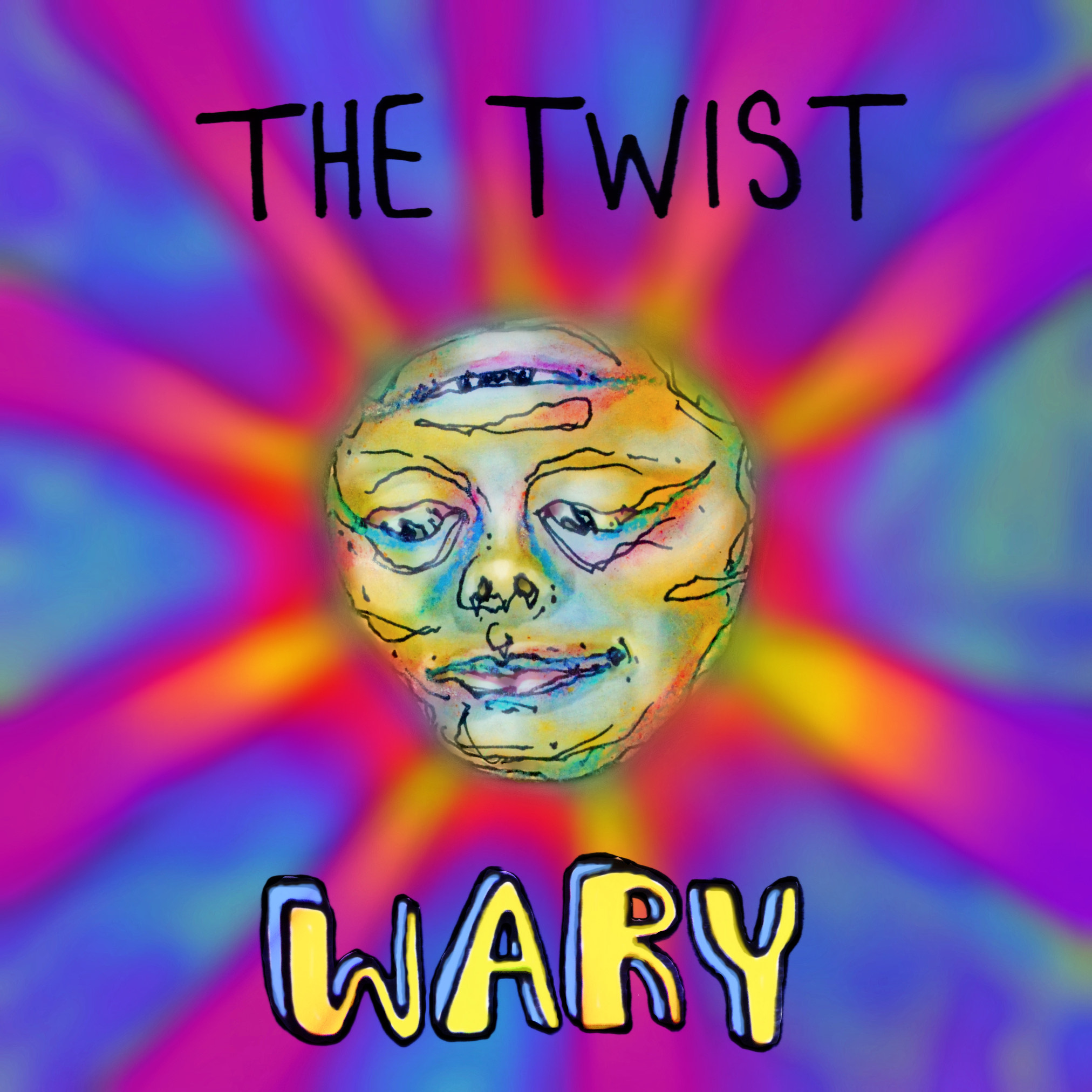 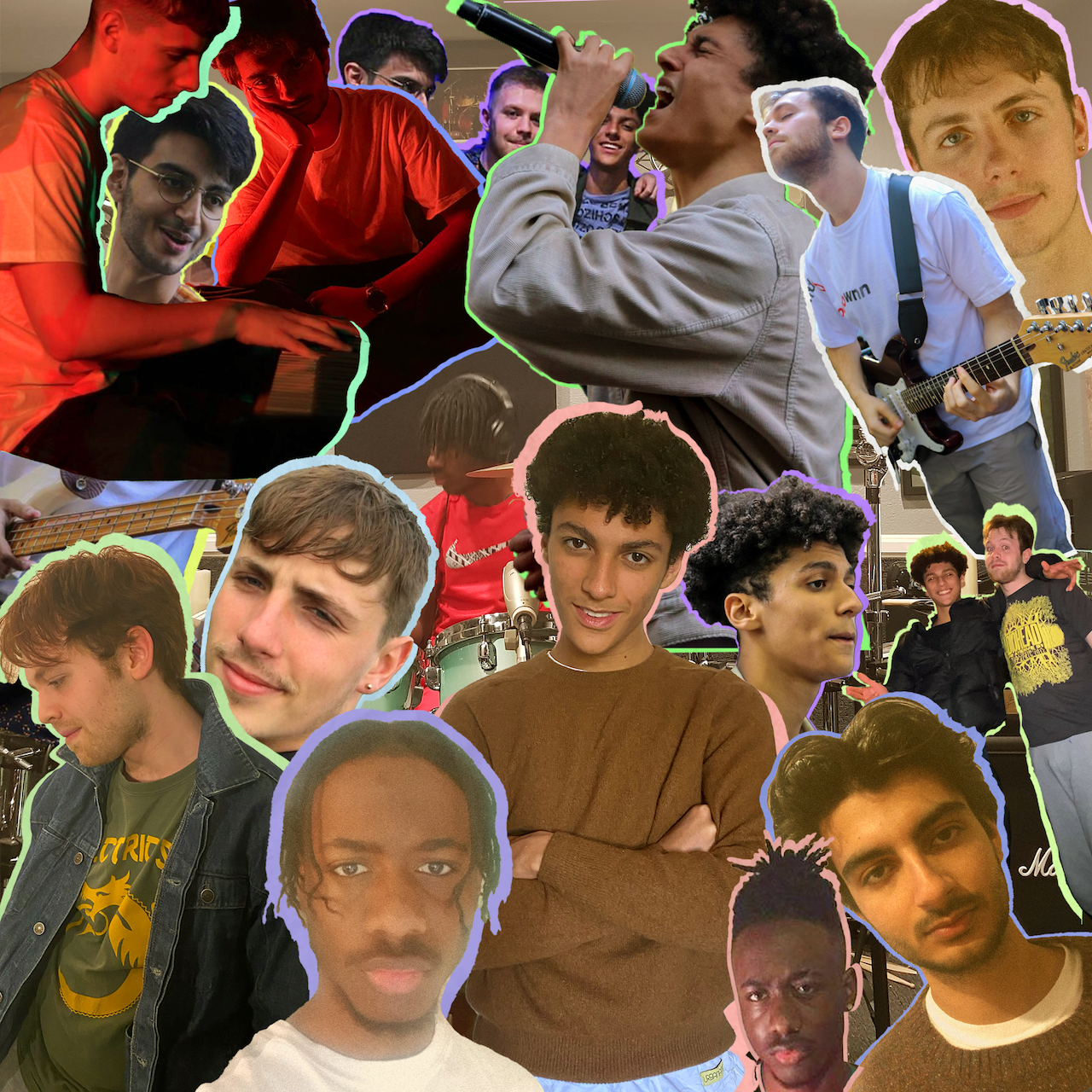