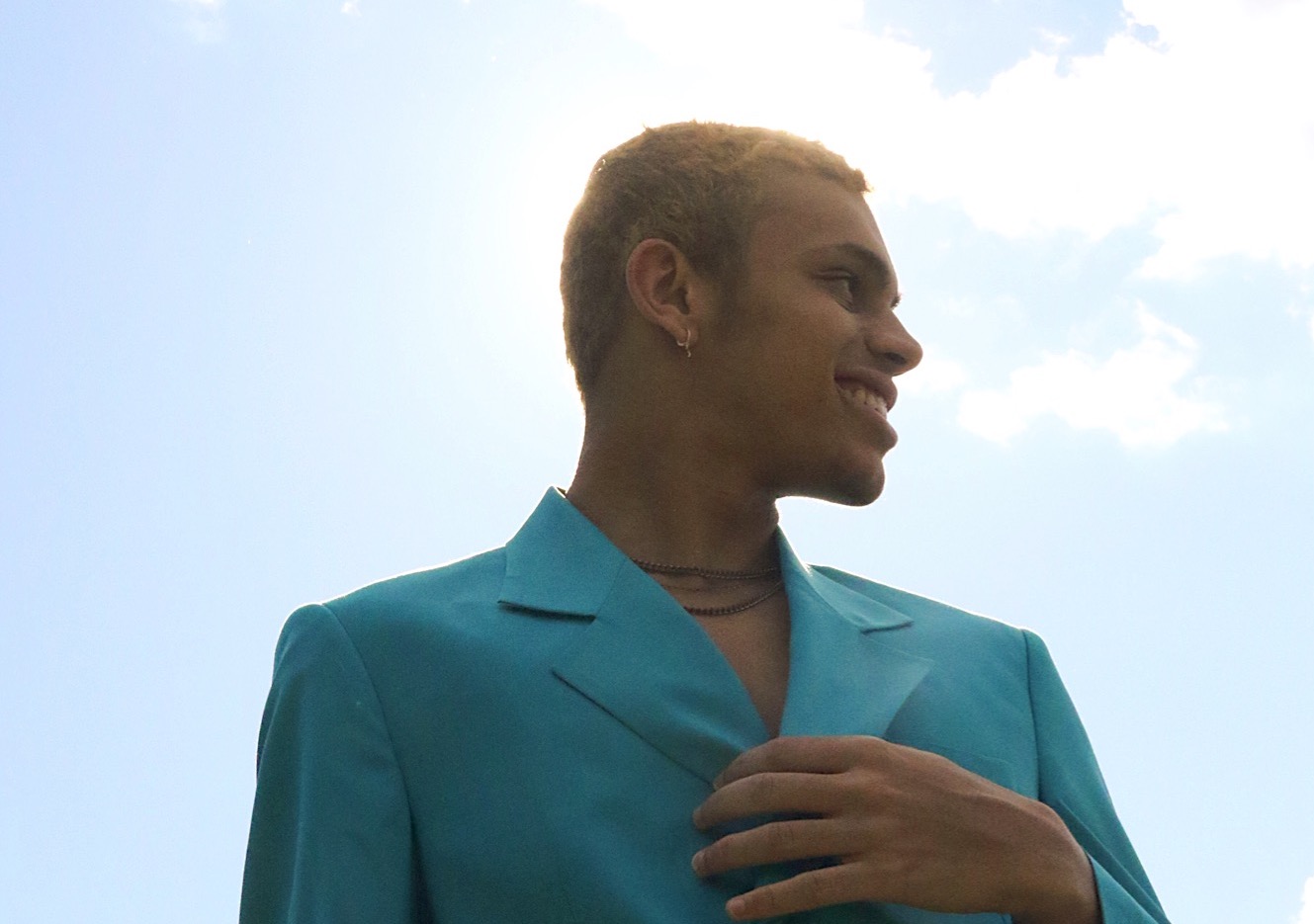 Tell me a bit about yourself

I’m 17 years old, I class myself as a creative because I think ‘model’ is quite a restrictive word with certain connotations and I wouldn’t want to confine myself to one field. I am interested not only in modelling but creative direction, styling and writing. I’m at school in 6th form doing the ib, I don’t find myself with a lot of free time during term, but I do try and keep constructive by having hobbies and exploring my creative side.

How did you get into modelling?

Originally, I used to be a huge fan of hyped clothing. I was one of those people that would queue up for hours outside of Supreme on a Thursday trying to make some quick money. In my early teen years - around 14 -that was what I was doing a lot of the time. One day, I was queuing up and someone scouted me from a large casting agency. I’m not really sure why because, in my opinion, I was a relatively fresh faced, not particularly attractive young kid but they took a chance on me! I went in for my first casting at 14, having had to skip school that day. That show of faith - Martine Rose, who I was fortunate enough to meet at her London office 3-4 years ago now, assured me with a lot of confidence that I potentially had a future in the industry which I have such a love for. I started building up my Instagram, but school really stood in the way. Then by the age of 16 I was walking my first show at fashion week and it all took off in 2019 with a Nike campaign.

With the increasing importance of social media and push for greater body diversity, would you say the modelling world’s days are limited?

It’s an interesting one. Although it’s an industry I love, I do find it really toxic. It is very judgment and looks based - you walk into a room and are judged solely on the way you look and that is something I don’t necessarily agree with. I also find that it can be cold and alienating especially when you aren’t getting opportunities. On a confidence basis and how far we are coming in terms of body positivity I think the industry will evolve but not disappear.

Can you give us some names that you have worked with?

Nike, Martine Rose, Liam Hodges, Charles Jeffery, i-D, Vogue, Boileroom Campaign, Ellesse – I was the face of their new campaign directed by Maisie Williams. One of my favourite opportunities was being a part of Tallawah - Nadine Ijewere and Jawara’s personal project based around Jamaican hair and fashion culture. Nadine Ijewere being one of the foremost women photographers of colour, doing amazing things in the industry and someone I’ve looked up to for a long time - she was the first black woman to shoot the cover of Vogue.

Can you give us some names of designers that you think are up and coming that we should keep an eye out for?

Nicholas Daley is a fantastic Caribbean designer who sticks to his roots and has incredible designs -recently collaborating with Adidas and Fred Perry. He was also nominated for the LVMH prize. Another person is Aluwhalia. I’ve never worked or met her but seen her shows which are amazing, conveying her roots into her cloths.

How do you find the balance between modelling and school work?

It’s not easy at all, certainly during the term doing the ib there isn’t really much scope for me to indulge and accept jobs. I’ve had to reject some pretty high-profile opportunities. As I can remember, I’ve only missed school to shoot Nike and Ellesse. Unless it’s a major major campaign I don’t really miss school. It is difficult especially the more I indulge in the fashion world the more I realise that it’s something I probably want to do when I’m older.

What do you do in your spare time?

I’m a massive sports fan, when there is sports to watch I’ll watch especially football. I play video games but not too often. A lot of my time you’ll find me spinning on my DJ decks making mixes and trying to hone my skills. I’ve been lucky enough to do some gigs - recently at fashion week parties and Ellesse’s campaign launch. There is a chance I’ll have music to release soon.

The Hop - A Tribe Called Quest

I’ve got this project – Ecstasy, in the works which I’ve been working on for the last 6 months to a year. I’m working to present an uncensored light on the reality of youth culture. It will surprise a lot of people. I wanted to give the youth a voice as the reality of the London youth is underrepresented and commercially stereotyped in many ways. I’m presenting the raw reality though candid and uncensored photos from my life and incorporating the work of 25+ friends who’s photography ranges from first time to professional. I’m donating the money to the charity Key 4 Life with ideas of clothing, an exhibition and pop up.

Being mixed race would you say it’s been a positive with regards to modelling?

I think that is one thing which I would say is amazing about the modelling and fashion industry - it is such an open-minded community especially in terms of cultural diversity. Whilst it does fall short in some aspects with some brands and cultures - Comme des Garçons F/W 20 show when they had white models walking down with cornrows and Gucci with their black balaclavas - essentially blackface. I think the modelling industry appreciates people of colour even more. Whether that’s to fill diversity quotas, either way, I think it’s a good thing. I’ve worked with the ‘More Models of Colour’ brand and was named their top 8 models of colour to watch in 2020 and I know that this is something they really work on.

Have you even been in a modelling situation where you have felt that what you are wearing is culturally appropriating?

Fortunately, not. The closest that I’ve ever been slightly offended to wear on a racial basis is when I walked a show and was wearing a white clock and hood which was kind of reminiscent of a KKK member and a comment all my friends made after watching it. At the time I wasn’t reluctant to wear it. I’m someone who is pretty willing to wear outfits that are out there as I have the versatility to step into modern and contemporary high fashion. For example, I was recently shoot wearing a lace top, tutu and head piece - I love that type of thing - defying stereotypes of masculinity and being black.

Do you have any models that you admire in the industry?

One of my main influences is a good friend - Wisdom Onwubiko. He is a couple of years older than me but when I got into the modelling game he was walking internationally and since then done Louis Vuitton and formed a good relationship with Virgil Abloh. He is one of the people that really did defy my perception and stereotype of models being stuck up and arrogant. On a larger scale Alton Mason, I love what he’s doing for models of colour. On the flip side, my friend from birth - Giselle Norman, is doing unbelievably - one of the biggest international models in the world at age 18. I am so proud of her.

Who is your all-time favourite model?

Winnie Harlow is unbelievable. I am someone who has a birth mark and skin pigmentation deformity (some would say). So, what she has done for people like me and her, I think is unbelievable. She broke a barrier that I think needed to be broken for people that are simply different and she has paved the way for so many people.

Has modelling changed your perceptions and insecurity of your birthmark?

Yes, completely. Originally, from a young age it was something I wasn’t proud of. I did, when I could, divert attention from it especially when meeting people as often people of a young age don’t have the awareness to hold back questions and concerns – ‘Is it sunburn? Did you get hurt? What happened?’ Even when I got scouted and was posting a lot on Instagram, I would always try and hide it in whatever way I could. But when I got into the industry, I realised it was something I could monetise. I think it is a large fundamental reason why I can thrive in the industry - I am different, there is no one else out there that has a face like mine. It’s now something I am highly proud of - it’s my proudest feature.

How have your parents taken to your modelling career?

My parents are not fans of the industry whatsoever. This is partially because my mother was a film director and those two industries do crossover and she’s seen the reality of the industry especially the way in which young models can be mistreated and exploited. So, when I was 14 years old and going off to castings etc especially when there was no money coming in, they had a lot of reservations. They have put me into the best education you can have and so they are insistent on my finishing 6th form and getting strong grades. However, there have been times where they have been undeniably proud of my achievements and that is happening more and more.

So, how did you go about persuading them?

A lot of emotional conversations and I had to show how much I really did care for it. A lot of time it was ‘no, you can’t.’ But I think they have now come to realise that everything I do is legitimate.

Keep your head above you - there is not company which is too big for you. Also, every big agency has applications open and there are lots of agencies which do walk-in castings. Height is also a minimising issue - I know guys who are as short as 5ft8 and walking Vêtements internationally in Paris, so that height boundary is no longer a problem. Apply, start posting on Instagram and getting your name out there - even if you have to use hashtags. That was what I was doing 4 years ago, it just takes one person to notice your account for your career to change. Be patient and make sure you create good content and soon enough you will have someone that can have a huge influence over your career.

Which fashion house would you like to walk for and why?

LV undoubtedly. Louis Vuitton would be a dream; Off-White is obviously a fantastic show. I would also love to be in Jil Sanders show in Florence last season - it was a stunning show. Acne Studios as well but above all Virgil at Louis Vuitton. 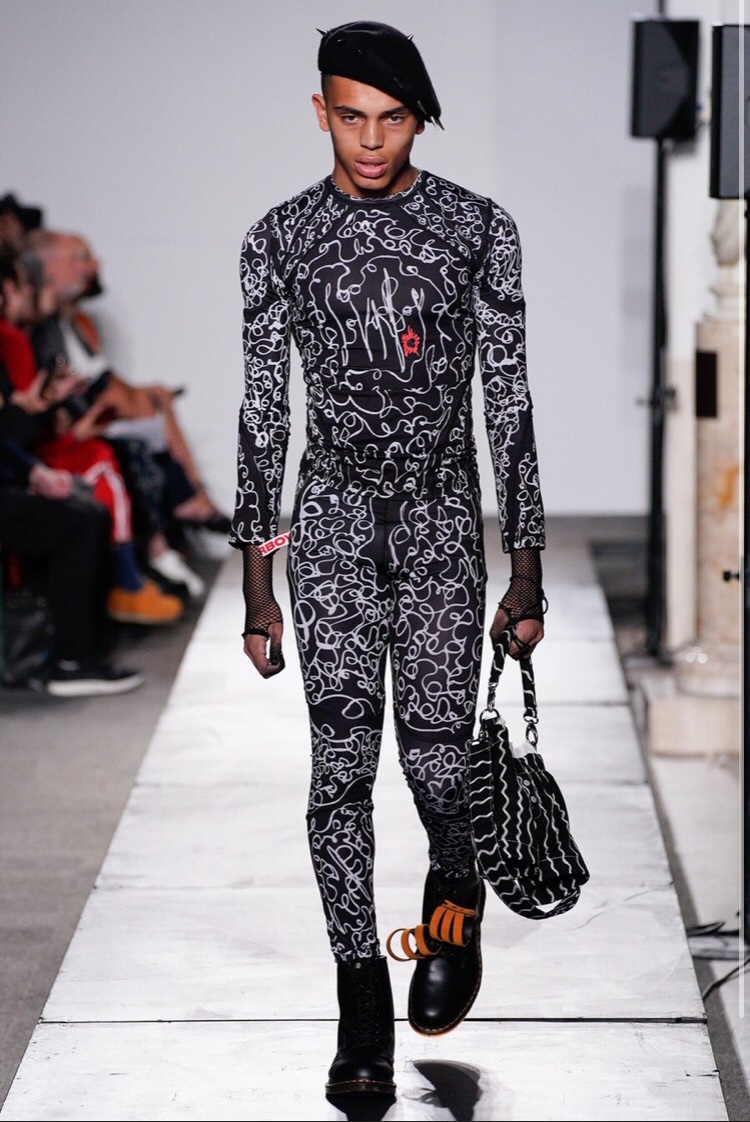 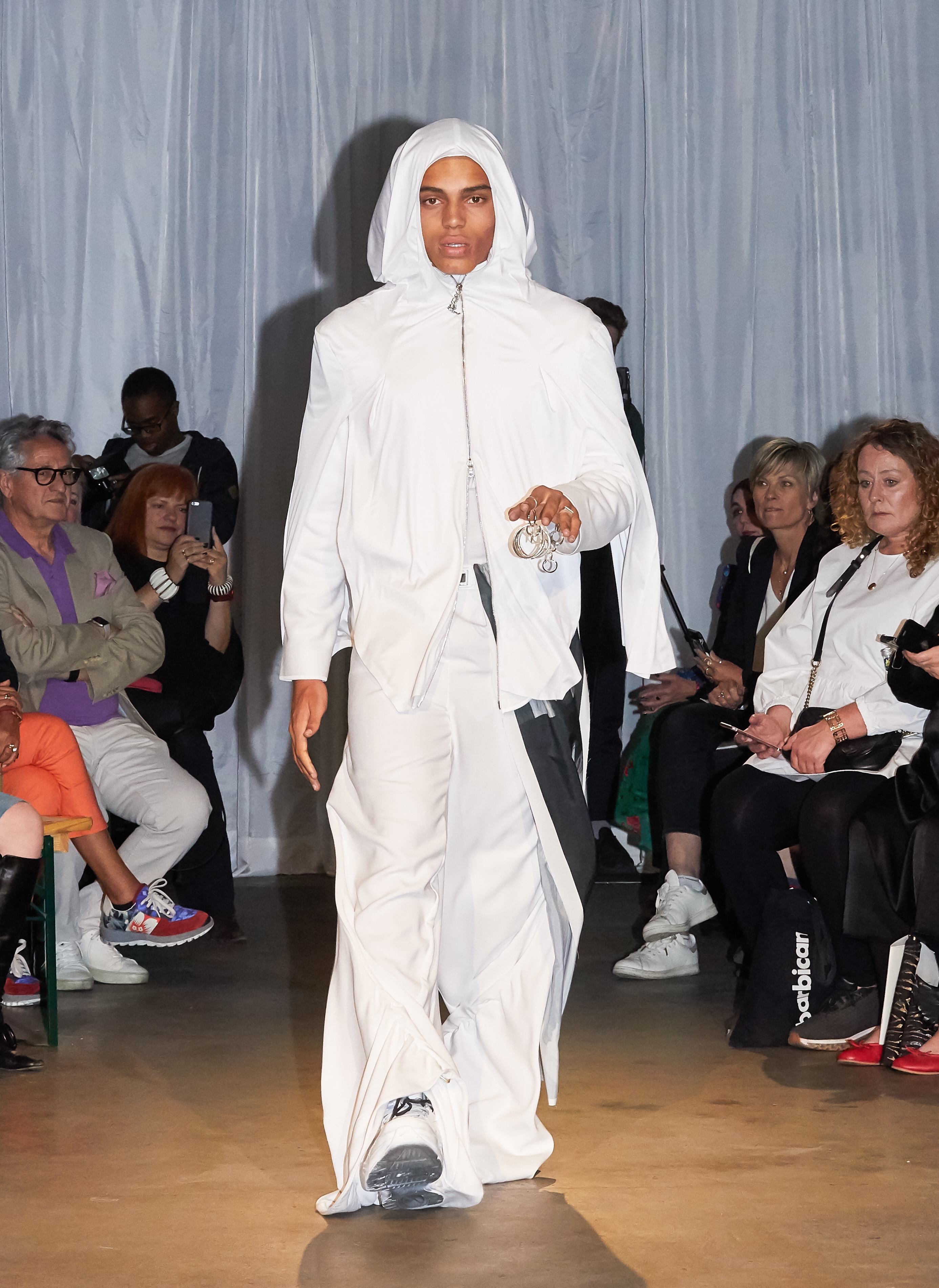 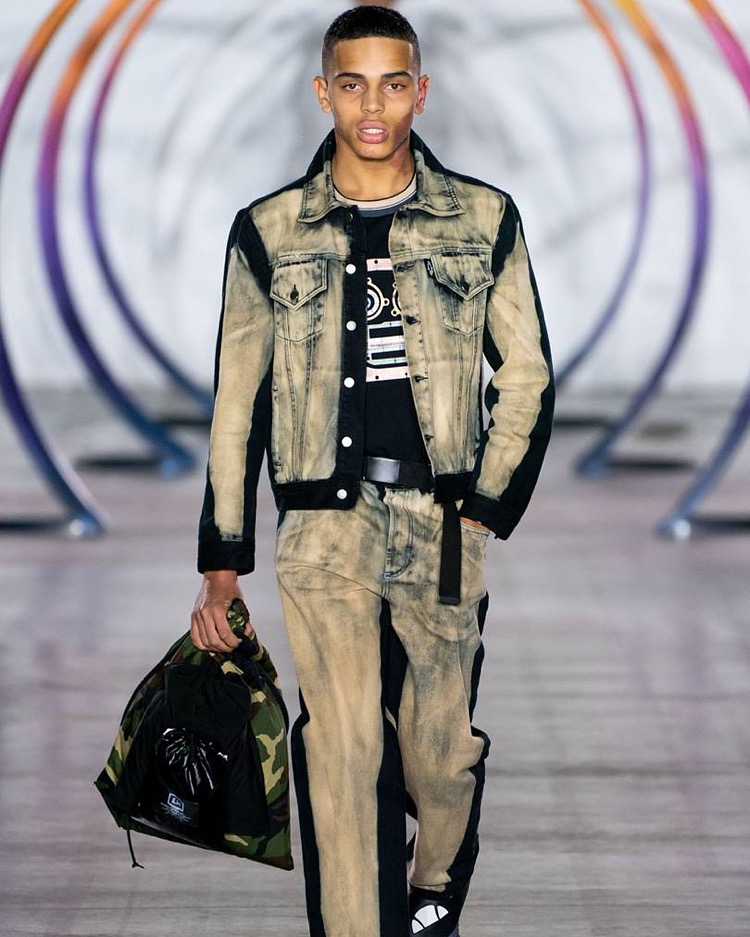 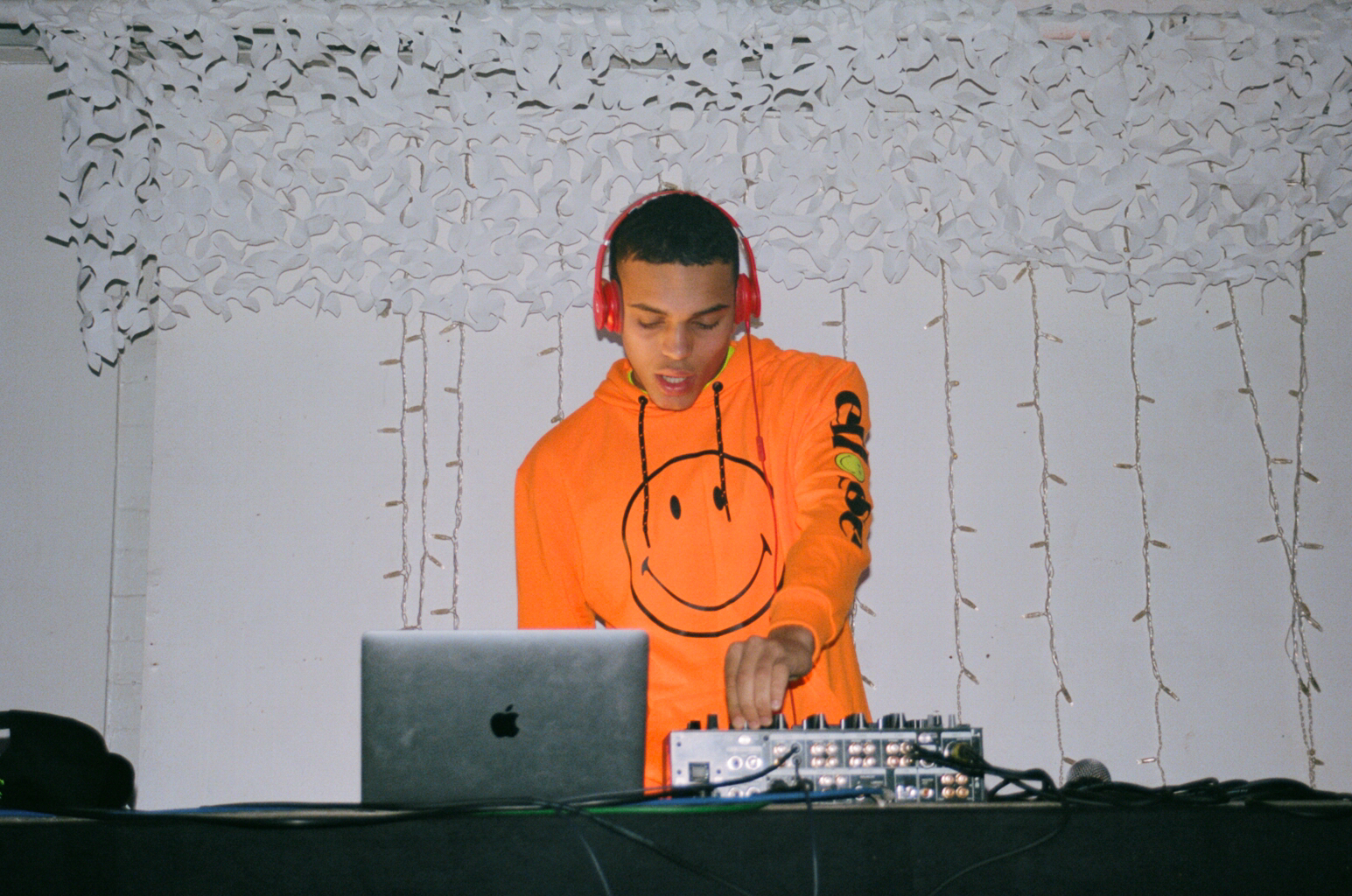 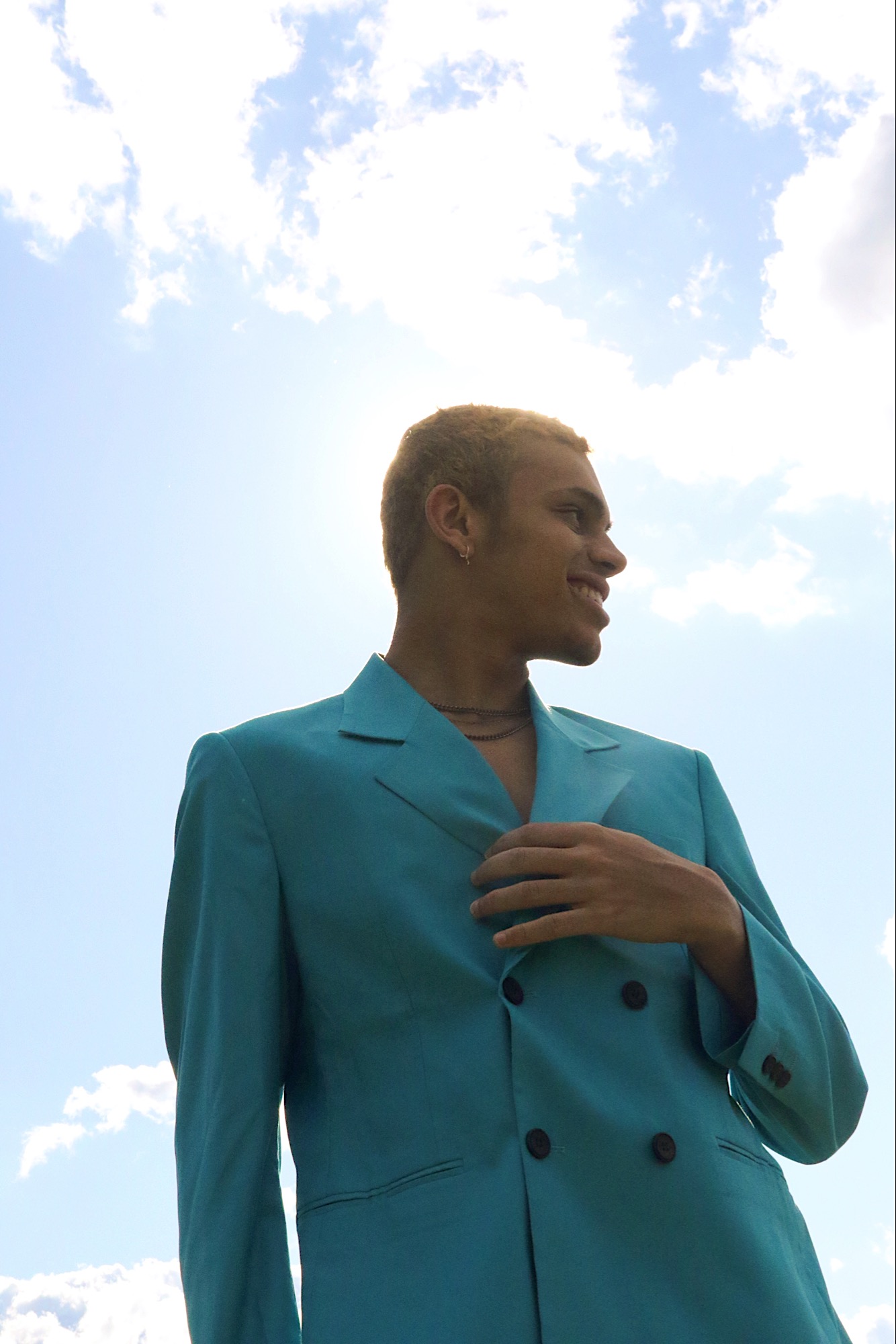 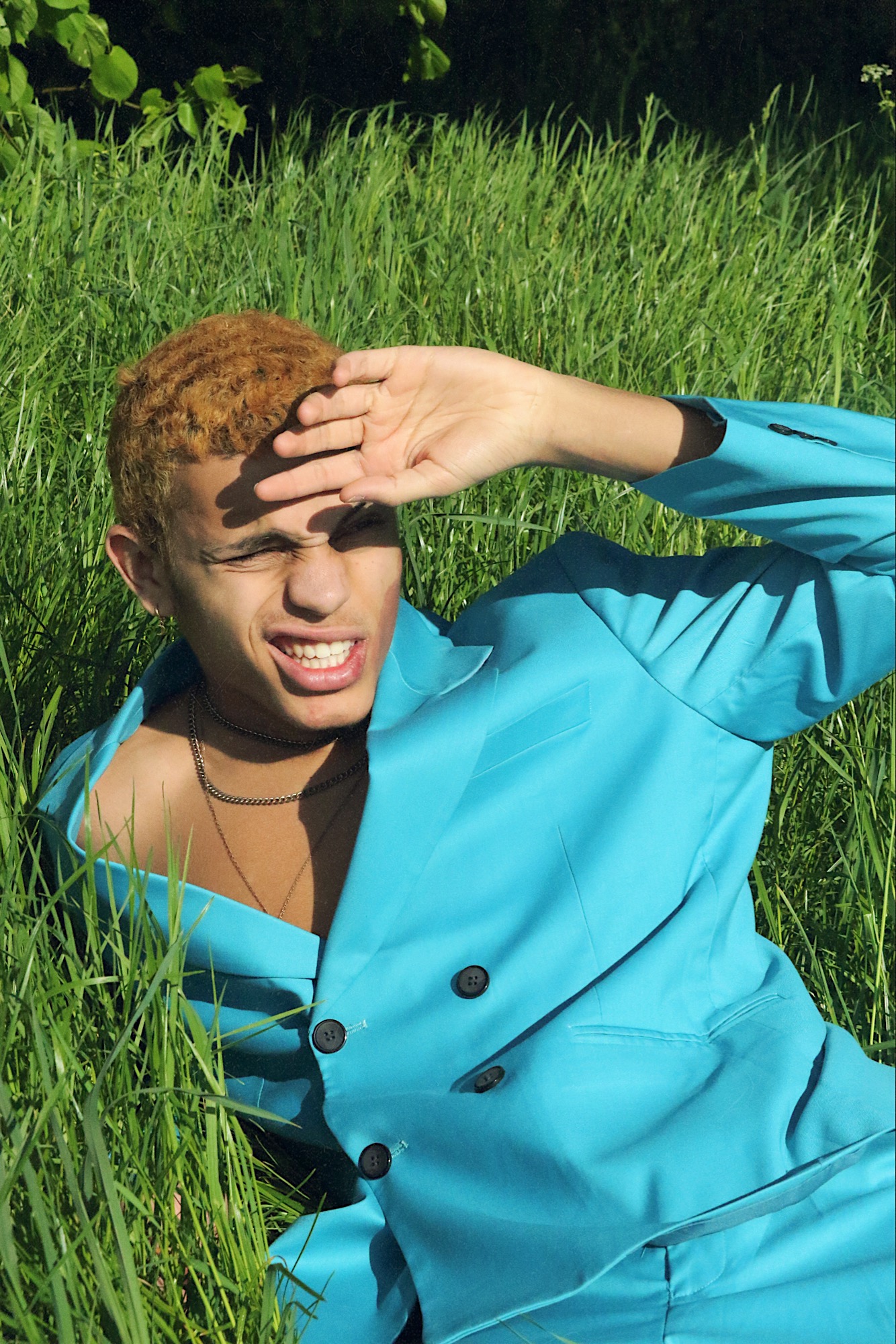 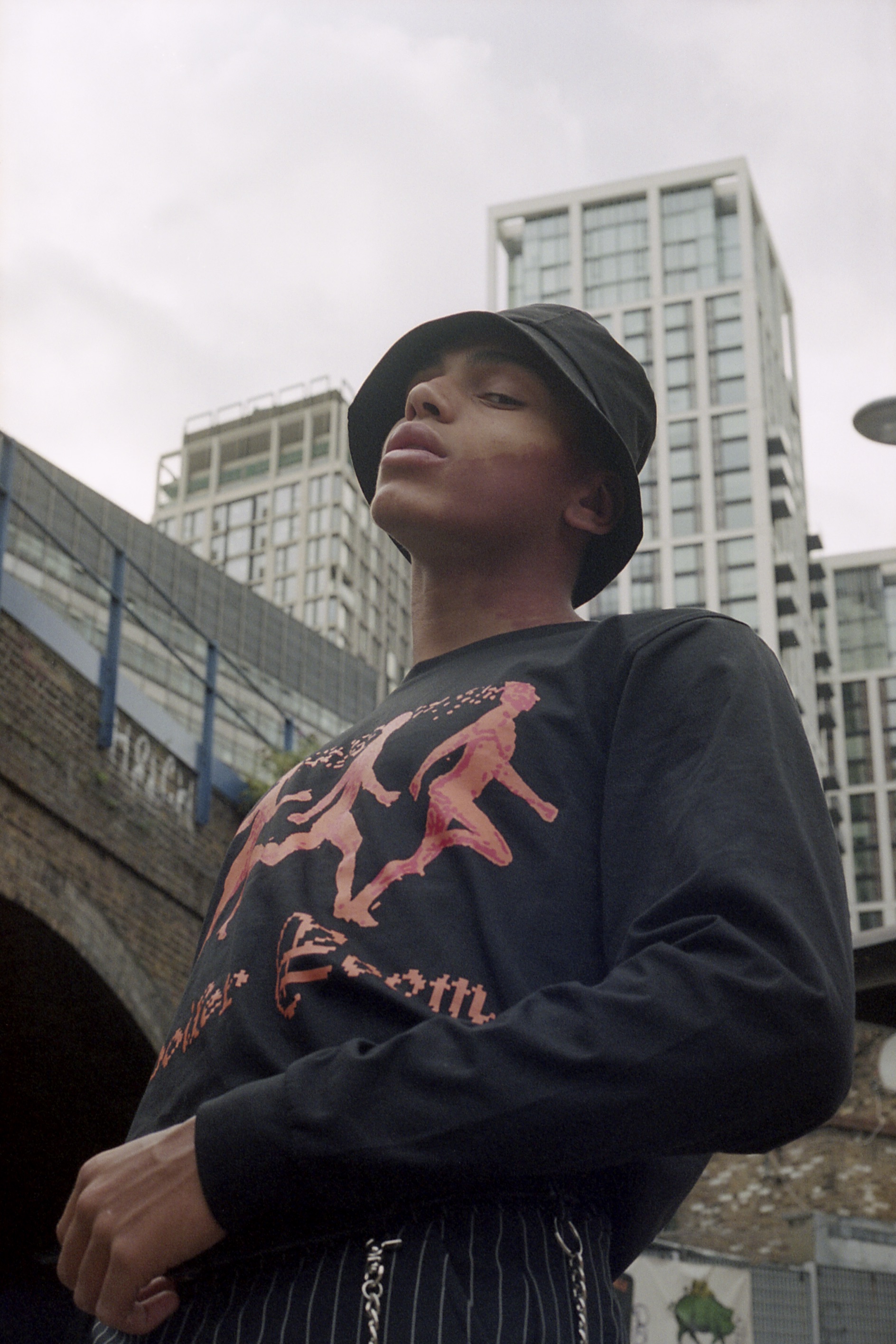