My Contempt for Cuteness 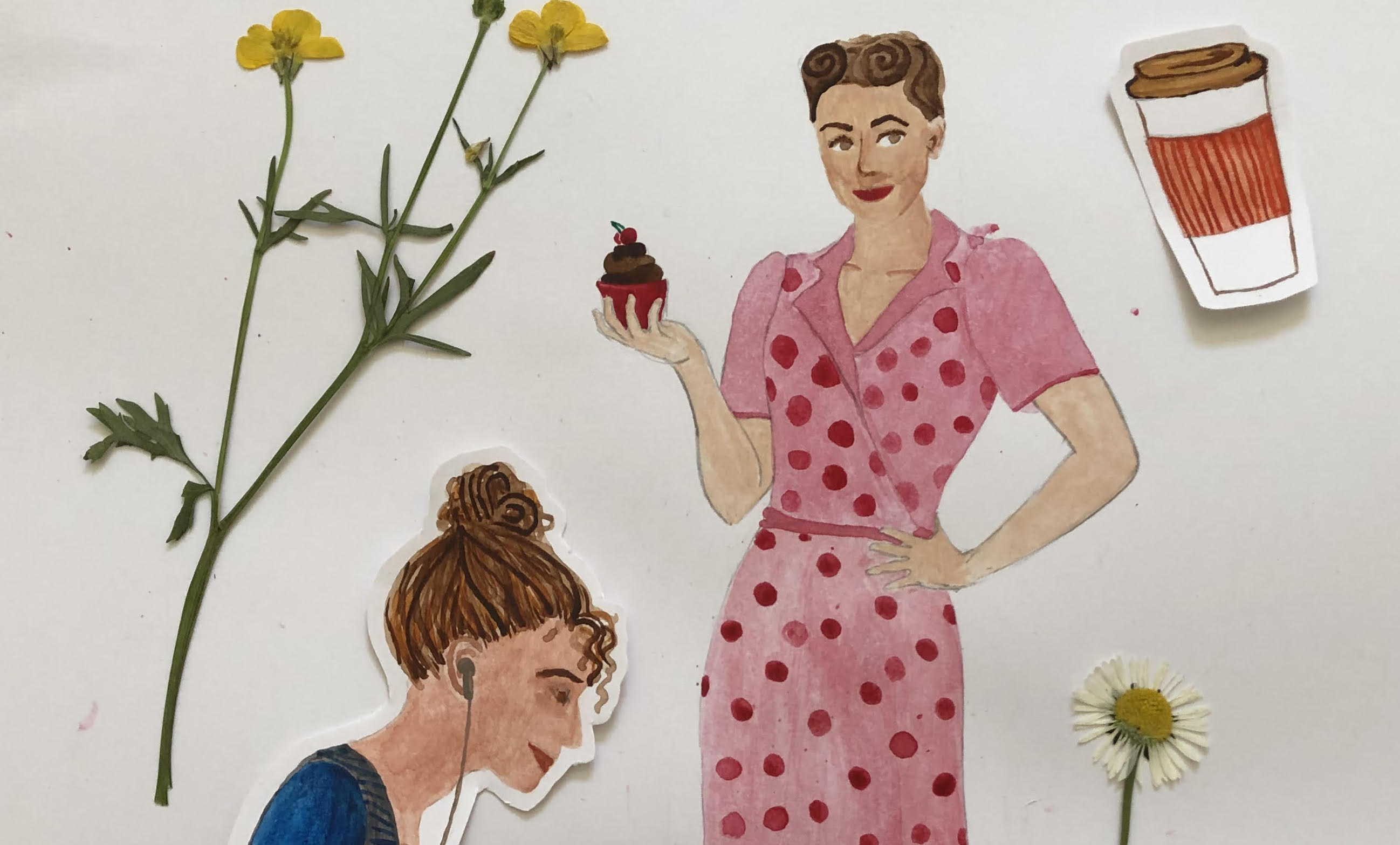 On Easter Saturday, I was gifted two reasonably sized Easter eggs filled with candy from my boyfriend. “Thank you!”, I said to him. To myself, however, I thought: “Damn him, being so cute.” Needless to say, I did not bring him an Easter egg. Nor did I give him any gift. It wasn’t the first time this sort of thing had happened either. In fact, I’m not very good at paying him compliments, bringing him gifts or in general be a loving girlfriend. Why, one might ask? I despise being seen as cute.

When I was a kid, there were two camps that the girls in my class fell into: the cute girls and the other girls. The cute girls knew how to dress (pink scrunchies and striped legwarmers were a must at my school), rode horses in their spare time (but weirdly never smelled of the stable), could talk to and about boys unembarrassed (and shockingly, they even got together with them) and they were always extraordinarily nice. They did not fight or row with anyone, even when they should have stood up for themselves, and they somehow always seemed to be smiling. They were good girls. They were girly. I did not belong to that group, instead I was part of ‘the others’. We were a mixed gang; some of us were quiet and studied too much, a few failed as fashionistas, while others were just utterly uninterested in any sort of status game that went on. Growing up with this division, one had to choose. Not consciously of course, but still there was a decision to be made.

I personally went with the ‘not cute’ option. See, I thought that being cute meant that you couldn’t be intelligent too. I thought that it meant that I couldn’t play soccer with the boys during break. I thought that it meant that I had to change my clothes and my laughter and my hobbies. I thought that it meant that I’d eventually end up like the sweet but pathetic girl in any 90’s sitcom who wanted to marry a guy after sleeping with him just that one time and had no other personality beyond acting cute for men. I saw that kind of girl as weak. Instead, I along with ‘the others’, chose to look up to strong, independent, ambitious, intelligent and take-no-bullshit women. We admired soccer players, female politicians and Beyoncé. You know, women who drank black coffee and the tears of sad men for breakfast. I loved the quote: “I’m a strong independent woman who don’t need no man.” When I grew up, I wanted to be that kind of woman, rather than just be cute. I wanted more than to just be seen as girly.

Thus, I didn’t give an Easter egg to my boyfriend. I haven’t worn a pink scrunchie. I have avoided acting girly. However, a while back I asked myself: What’s wrong with girly? Why can’t I be both cute and intelligent? Aren’t women and girls more complex than two camps, cute or not cute, allows for? The answer I came up with was that there is nothing wrong with girly, that I should be able to be both and yes, of course women and girls are more complex than this division makes us seem. The strict categorization of women and girls to be cute or not cute is inherently misogynistic. It limits us. Moreover, women and girls face this sort of trap all the time. We are neatly categorized from childhood until the day we die. If you have a lot of sex, you’re a slut. If you don’t have sex at all, you’re a prude. If you’re a stay-at-home mom, you’re just a tool for a man and cannot be a proud feminist. If you don’t want kids and instead focus on your career, you’re heartless. These camps, to which most women and girls don’t fall into anyway, are telling the story that we can’t be complex.

Sometimes I would quite like to be a man just to be rid of that rigidity. Of course, men are categorized too. Yet, most men I know have never been ashamed to give their girlfriends gifts or compliments. Most men I know haven’t been called bitches by neither men or women for being assertive in the workplace and not baking banana bread for their kids’ bake sale. Most men I know are thoughtful and cute and still regarded as intelligent and strong. Perhaps there isn’t as much of an ‘either-or relationship’. All this great feminist thinking was, however, just that: thinking. Theoretically, I am so over the assumption that women and girls cannot be cute, intelligent, ambitious and strong all at the same time. But whenever I do feel like doing something cute it is like everything in me is screaming: “you are becoming dumb and small!” I have internalized misogyny and my whole being is rebelling against the idea of cuteness, or rather, against the idea of girliness. I’d like that to change.

Yet, changing this part of myself is not an easy task. It requires me to unlearn the assumptions I’ve made about cuteness and girliness, and thus un-internalize misogyny. Should I just bite the bullet and act cuter until it becomes a habit, even though the thought of putting on that pink scrunchie or giving roses or pouring my heart to someone makes me want to vomit? Or should I just be the person I admired growing up, almost a stone-cold bitch but with ambition and intellect? Neither option seems that appealing, and again, they both limit me to the categorization I detest. After mulling it over, I guess my simple conclusion is to go with the flow. If I feel like doing something cute or just being cute in general, I should do so. If I don’t feel like doing that, I won’t. The important lesson I need to learn is that I mustn’t think negatively of myself or others for making the choice to be and act cute or not. Furthermore, I might not always make the same choice. One day, I could want to wear a dress with polka dots and give away chocolate cupcakes to strangers, while the next I might give a death stare to anyone I see on the subway and just drink my black coffee in silence. And that’s okay. As long as I’m conscious of the choices I make and that they don’t diminish me as a person nor as a woman. I need to be aware of and protect my own and my fellow women’s and girls’ complexity. That’s the feminist act I need to keep repeating in order to stop despising cuteness and girliness, and act as I wish instead. Shakespeare wrote “to be or not to be”, but it clearly does not and should not apply to the female relationship with cuteness.