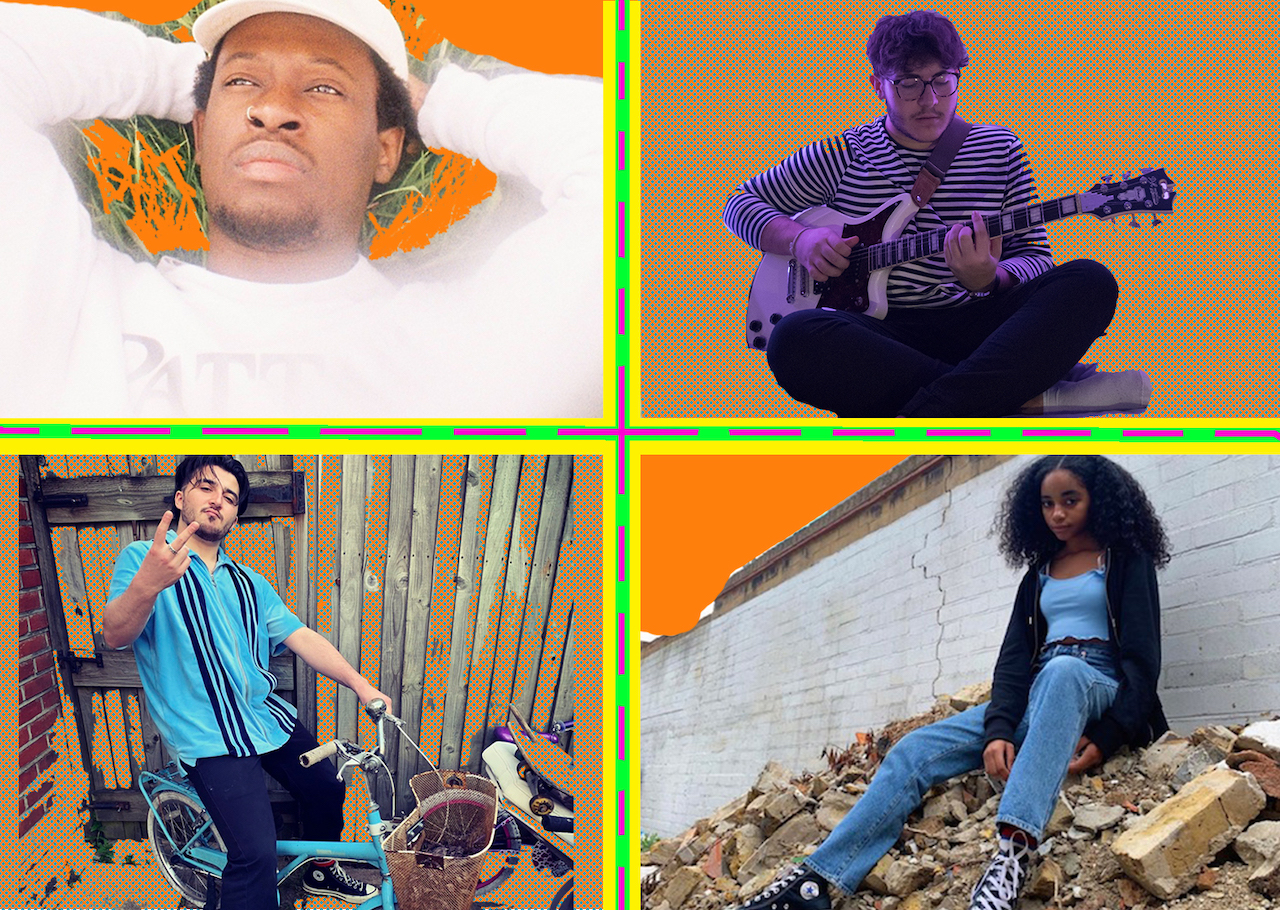 I am a 19 year old Birmingham/London based musician drawing inspiration from pretty much any genre. From King Gizzard and The Lizard Wizard, to Snarky Puppy, to BENEE, I think any piece of music I’ve listened to in the past has moulded me in to the musician I am today. I also started playing guitar learning Jazz, so I think that has had a huge effect on my playing as well, as I always love experimenting with interesting harmonies and melodies, even if it doesn’t always make it to the final release. Lyrically, I am solely inspired by my life experiences. The reason why this is the case, is because I started writing songs as an emotional release for anything bottled up that I hadn’t openly discussed with anyone - subjects like keeping my emotions quite, self conciseness, and anxiety are all major themes throughout my debut EP ’The Illustrations' for that very reason. For my upcoming projects, I’ve focused much more on finding my sound musically as well as lyrically, and in doing so I think I’ve seen a fair bit of change within my sound, which is one of my favourite parts about music - it’s forever changing and developing, and I know there’s no end destination of ‘this is my sound’ or ‘ this is the end goal’, because there’s always more to aspire to and experiment with.

For more of Jack, check out his Instagram and Spotify

The older I got the more I dived into the world of Jazz, Hip Pop and Indie, so I think the weird fusion that my music holds is solely down to different musical phases I had in my life. I’ve been in Punk bands, Hip Pop bands and Indie bands, so this is what brought me to the music I’m writing now.

I think the reason JAEKO came about was because whenever a band or project gained momentum, people around me could never commit. I’ve been very lucky to work with some amazing musicians in my life but it got to a point where I thought to myself, “f**k it, I’ll just do this myself” and that’s when JAEKO was born. I’d say my music at the moment is a fusion of Punk, Indie, Rock and Hip Pop. However, my vision for my music is constantly evolving and each song will be different in its own way but will always have that “JAEKO” vibe over it. Only having four songs out right now, I’m excited to share more music. Expect bigger and better things in the next few upcoming months.

For more of JAEKO, check out his Instagram and Spotify

For anybody that doesn't know me I go by Archy Moor. I'm an artist from Dublin City, Ireland but born in Nigeria. Right now I'm in my second year of university which is a slight pain just because I know music is the end goal and that's where I'd rather invest my time. In terms of my sound, I couldnt give you a specific genre as to what it is just yet just because it's a work in progress. Im still really fresh in this music thing so there's a lot of exploration and experimentation to be done. I have a more quality over quantity approach with my music. I've been making sounds for about two years now but I've only released four songs, my latest being "The Long Road" featuring Osquello which is a jazz-rap infusion. My inspiration to write usually comes off the back of positive energy. Wherever there is good vibes that puts me in a perfect headspace to create. Musically though I'd say I'm inspired by inventive and creative sounds, just something different is always better. King Krule and Earl Sweatshirt are two people that always seem to inspire me a lot. Besides music, I have a budding green thumb and love for art - viewing and creating. I'd say I lack a very eccentric artistic persona, I'm a quite laid back person. I don't feel a need to differ from how I am just to look better in this music world, so listen to my stuff, catch a vibe or don't. Either or, it's all love.

My song Kiss & Chase is inspired by mediation and taking time to yourself, the vocals are soft whereas the fluttery catchy pop beat reflects the bedroom pop sound.

My music inspiration I can definitely say is Boy Pablo, Jakob Ogawa and my brother Wilfred , all of these artists have had a major impact on me and my music style from areas of the way their music makes me feel and the lyrical aspects.

‍
I want to make music that people can feel, live into and connect a memory with. I just love music that takes me to another place. I really and truly just want people to feel the way I feel when listening to songs like Limitado, Purple Haze, Swing lynn, f song and Love has come around when listening to my music. I plan on consistently releasing music, I have an interest in fashion/styling and my Instagram is like my mini portfolio, whilst I’m building enough creditability to style and work with other people and companies. I love working with other creatives, whether in the same field or on the other end of the spectrum, so I totally want to expand out and see what and how far to push the boundaries. So stick around.

‘music is a way of life and I live it ‘ - Flowerovlove

For more of Joyce, check out her Instagram and Spotify